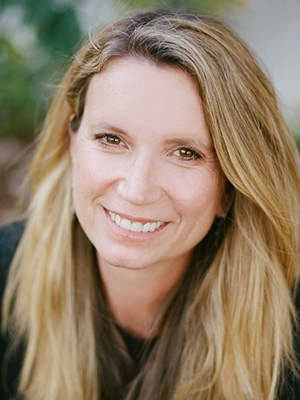 The Parish of Saint Matthew, Pacific Palisades, has announced that the Rev. Rebecca Stevens will be its featured speaker at the 2020 Stern Lecture, to be held at the church on Saturday, Feb. 1. Stevens will also serve as guest preacher at both services on Sunday, Feb. 2.

Becca Stevens is an author, speaker, priest, social entrepreneur, and founder and president of Thistle Farms, a residential program for women who have experienced trafficking, violence, and addiction. After 20 years, the organization continues to welcome women with free housing, medical care, therapy, and education for two years. Thistle Farms’ global market helps employ more than 1,800 women worldwide, and the national network has more than 40 sister communities.

Stevens has been featured in The New York Times, on ABC World News and NPR, and was named a 2016 CNN Hero and a White House “Champion of Change.” She was featured in the PBS documentary A Path Appears, named humanitarian of the year by the Small Business Council of America, and inducted into the Tennessee Women’s Hall of Fame. Stevens attended the University of the South and Vanderbilt Divinity School and has been conferred two honorary doctorates. She was the keynote speaker at the 2017 conference of the Episcopal Church Women in the Diocese of Los Angeles.

The Stern Lecture will include two talks on Saturday, 9 a.m. – 1 p.m., with a break between conversations. St. Matthew’s Church located at 1031 Bienveneda Avenue in Pacific Palisades. The event is free of charge, but advance reservations are requested; email to sternlecture@stmatthews.com or call 310.454.1358 to confirm space availability.

The Stern Lecture series was established in 1986 by Dr. W. Eugene Stern in memory of his wife, Libby Naffziger Stern, and is dedicated to bringing international scholars to The Parish of St. Matthew for lectures and preaching opportunities.