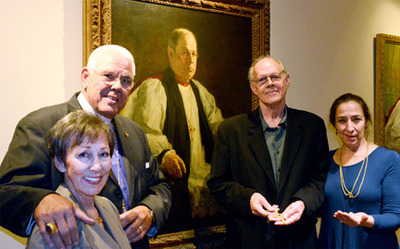 Some 80 honorary canons of the Cathedral Center of St. Paul and their spouses and partners came together at the Cathedral Center on Oct. 26 for a festive Evensong and dinner in honor of the 150th anniversary of the founding of St. Athanasius’ Church, the oldest continuing Protestant congregation in Southern California.

Bruno also named three new canons: the Rev. Stephen Kim and the Rev. Frank Alton, associate priest and priest-in-charge, respectively, of the Cathedral Congregation of St. Athanasius; and Kristi Wallace, who as executive director of the Cathedral Center supervised the building of the complex and managed its operations for some eight years after it opened in 1994.

Robert Williams, canon for community relations and historiographer of the diocese, coordinated the event. His book Horizons & Heritage: The Episcopal Church Marks 150 Years in Southern California will be published in 2015. His account of St. Athanasius’ history begins on page 5 of this issue. 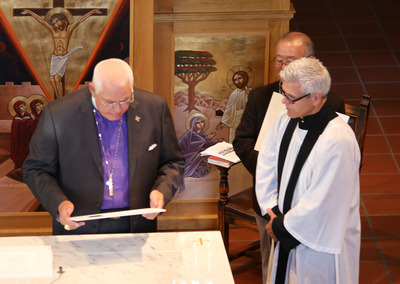 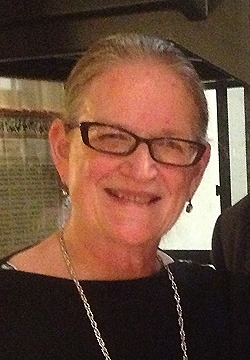 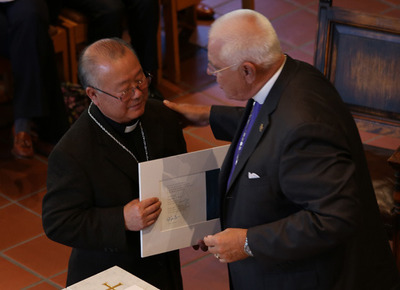