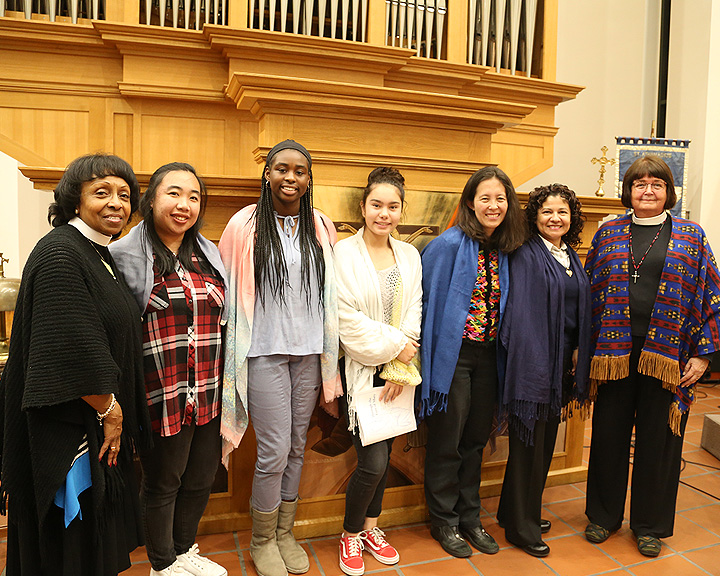 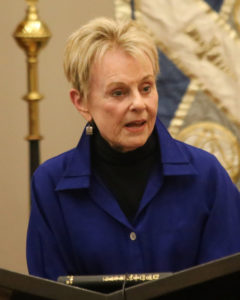 Seven women of varying ages took on the role of Mary, mother of Jesus, in “Through the Eyes of Mary,” a liturgy of readings adapted from poems by Madeleine L’Engle (author of A Wrinkle in Time) interspersed with music by Sandra Montes and the Dan Cole Ensemble from All Saints Church, Los Angeles on March 3 at the Cathedral Center of St. Paul.

Bishop John Harvey Taylor and Canon to the Ordinary Melissa McCarthy welcomed some 75 attendees to the event, which marked the closing of the “Our Sister’s Keeper” photo exhibit that has been in residence at the Cathedral Center since early December. The exhibit will now go to a church in Houston, Texas, but will return thereafter, as photographer Marie Plakos has donated it to the Diocese of Los Angeles. The diocese will make it available to churches and institutions around the diocese for display. The photos are of women and girls in developing nations throughout the world, including rural India; Chiapas, Mexico; the Gambaga Witch Camp in Ghana, where women convicted of being witches are sequestered; the Andean highlands of Peru; and along former slave trade routes in Ghana. 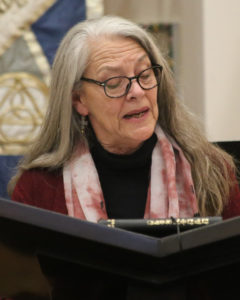 The bishop announced that the areas of the Cathedral Center that housed the Plakos exhibit will be used in the future for a rotating series of art installations.

The exhibit opening and closing events raised money for a fund to assist women of color who intend to be ordained in the Episcopal Church, now designated the Marie Plakos Scholarship in gratitude for Plakos’ generosity in providing the exhibit and in honor of her photographs that lift up the lives of women. 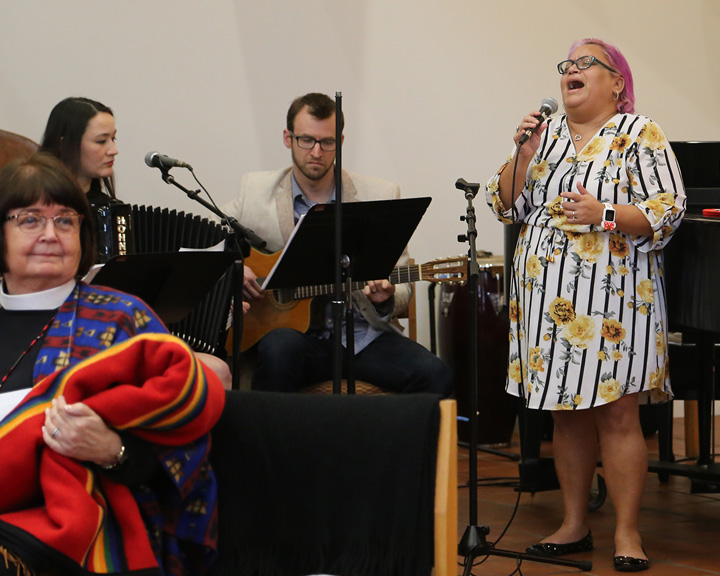 Sandra Montes, activist and musician, performs with the Dan Cole Ensemble at “Through the Eyes of Mary” at the Cathedral Center on March 3. Photo: Janet Kawamoto