‘Make AIDS a thing of the past,’ Bishop Suffragan Glasspool tells diocesan service

HIV/AIDS is a worldwide epidemic, not just a local one, Los Angeles Bishop Suffragan Mary Glasspool told several dozen people who attended the Oct. 16 annual diocesan service honoring those living with the disease and remembering those who have died from it. 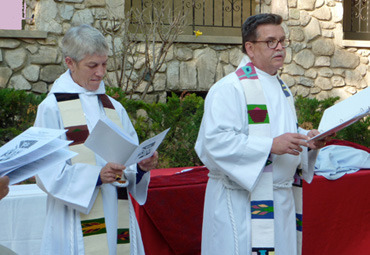 “We need to be aware of that because these are our brothers and sisters in the world,” said Glasspool while preaching at the service, held at St. Luke’s of-the-Mountains Church in La Crescenta.

Glasspool shared an email about the HIV/AIDS service, in which the sender mistakenly reminded recipients that AIDS is an “anachronism” but actually meant to say it is an acronym, for Acquired Immune Deficiency Syndrome. Glasspool added: “Let’s make AIDS an anachronism — a thing of the past — not an acronym.”

At least 30 years since the AIDS virus was first reported in the Los Angeles area, perceptions about the disease still hamper attempts at education and raising awareness levels about it, said Canon Jack Plimpton, diocesan staff member for HIV/AIDS ministry.

More than 32,000 people have died of the disease in Los Angeles County; another 63,000 area residents live with HIV or AIDS.

Yet the disease seems to have dropped off the radar screen, even though it is on the rise among young people and people of color, Plimpton said. “Because people living with HIV/AIDS can now take a single pill daily, people just don’t take the disease seriously enough anymore. They think AIDS is just another illness, not realizing it is still a severe problem,” he said.

Marsha Van Valkenburg, who chairs the diocesan program group on HIV/AIDS ministry, agreed. “People think they can just pop a pill and it’ll be fine,” she said.

For example, services like the Oct. 16 Eucharist “used to be attended by hundreds of people,” she said. 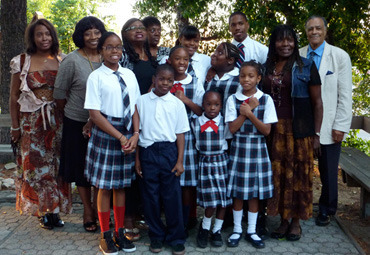 Among those attending the mass were several members of the youth choir from St. Timothy’s Episcopal School in Compton, who performed “This Little Light of Mine” and “What a Mighty God,” with Ray Thomas accompanying them on piano.

The Rev. Bryan Jones, St. Luke’s vicar, celebrated and said the church “was happy to host the event while we are in the process of rebuilding.”

The diocesan Commission on HIV/AIDS Ministry was created in 1984 by Los Angeles Bishops Robert C. Rusack and Oliver B. Garver and continues to focus on service ministries such as pastoral counseling, Eucharist, and memorial and AIDS masses.

For more information about the diocesan HIV/AIDS ministry, visit the website.