Reforming Corp Sole for the glory of God 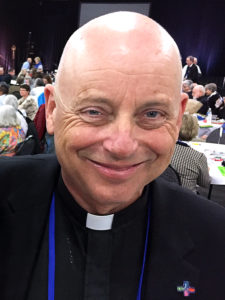 In the summer of 2017, I promised to undertake a study of the institution known as the Bishop as Corporation Sole. It comprises church and other properties plus cash assets. Created before the Corporation of the Diocese, which has a board of directors, Corporation Sole is governed by one trustee, namely the diocesan bishop.

I wanted to learn more about how Corp Sole had been used since its founding in 1901 and then propose ways it could be modernized and reformed.

We began with a review of recent spending from the cash accounts. We were startled to learn that in the five years ending in 2017, the bishop had used an average of $2.4 million a year to support mission and ministry in the diocese — all on top of the Mission Share Fund, which also sometimes got a Corp Sole subsidy in the form of a lump sum to balance the budget. The bishop kept up with cash needs by selling under-utilized church and other properties and at one point by borrowing funds from a private foundation so he wouldn’t have to tap restricted Corp Sole funds.

Prior bishops’ spending from Corp Sole touched virtually every aspect of our diocese’s life. They used the funds to act quickly and to address people’s confidential needs. Bishop J. Jon Bruno supported many urgently needed ministries and projects for which Mission Share Fund and other resources weren’t available, such as the Interfaith Refugee and Immigration Service. To remain open for worship, several of our churches rely on Corp Sole support. All in all, his discerning, Holy Spirit-driven investments served and lifted up untold thousands of our siblings in Christ and our communities.

The problems with Corp Sole and the way we have been using it are threefold.

First, it puts enormous pressure on the bishop to keep the checkbook charged by liquidating irreplaceable assets, especially real estate. Land is by and large an appreciating asset. More important, the churches our diocese will be tempted to sell in the next five to 10 years are not in Pasadena or Pacific Palisades but neighborhoods where faith is strong and people’s needs are great but families’ and individuals’ resources are relatively scarce. The last thing we should want to do is sell any more churches on the front lines of the #JesusMovement.

Second, using Corp Sole funds (and also those from Corporation of the Diocese) to support core ministries prevents the people of God from understanding what it really costs to run the diocese. That’s why Bishop Diane Jardine Bruce accepted the challenge of creating a consolidated budget for presentation to this year’s deanery assemblies and diocesan convention. The results of her and her team’s long hours of work will be revealing indeed. In 2018, our budget will be about $9.9 million. The Mission Share Fund portion is a proposed $4.9 million. Corp Sole and the Corporation will add nearly $3 million. At this year’s convention, delegates will see the whole picture for the first time.

Third, we have been expending capital that will be hard to replenish. As of Oct. 1, Corp Sole’s cash assets were about $7.9 million. About $1.6 million was unrestricted. The remaining $6.3 million is in a restricted fund, with proceeds to be used for the “poor and needy.” Since the 2019 budget will require $1.9 million in Corp Sole grants, we’ll soon have to borrow from those restricted funds. We estimate that over the years, at least $3.7 million has already been borrowed from restricted funds, including bequests. Beginning in 2019, we will transfer more and more Corp Sole obligations to the Mission Share Fund budget. But it will be hard to staunch the bleeding quickly. Eventually, all the restricted funds should be paid back.

What is the way forward? As in our homes, churches, and nation, when money is tight, we can choose among ethics of austerity, economy, and abundance. Austerity would mean ending vital ministries that glorify God. Economy is where we are today, being careful about what we spend while keeping bishops’ promises to institutions and individuals.

As Resurrection people, our sweet spot is abundance.

The bracing transparency and clarity of the consolidated budget, including Bishop Bruce’s innovative narrative budget process, will come with an invitation to a renewed stewardship commitment in all dimensions of our common life, from individual to parish pledges.

Replenishing our capital accounts and building up our diocese and its churches and institutions for generations to come will also require a major capital campaign. I will have more news on that front (and many questions to ask about your vision for the campaign) in the months to come.
As we set our campaign goals together, make no mistake. We will raise all the capital on behalf of the Corporation of the Diocese, whose directors will be its stewards. Bishops have used Corp Sole well to build up the body of Christ. But all its assets should be subject to the same oversight and controls as our other resources. That’s why once the diocese’s finances have been stabilized, it is my intention to transfer all cash assets of Corp Sole to the Corporation of the Diocese. The best way to reform Corp Sole as a separate funding institution is to lay it lovingly to rest.