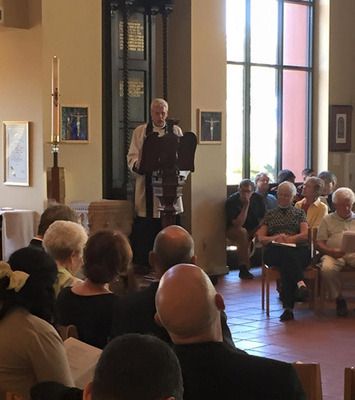 The eulogy and Lincoln’s leadership were recalled 150 years to the day of Birdsall’s acclaimed address, made in the Los Angeles County Court House. The gathering, at the Cathedral Center of St. Paul, was part of the ongoing commemoration of 150 years of Episcopal parish ministry in Southern California.
Bishop Jon Bruno, who presided at the 150th anniversary event, called upon Southland Episcopalians to embrace Lincoln’s commitment to eradicating social injustices.

“We have the responsibility of standing with people like Abraham Lincoln did, like Martin Luther King Jr. did, like Gandhi did, and to put ourselves in harm’s way in order to make things better in this world,” Bruno said.

The Episcopal Chorale and the drum line of Lincoln High School, East Los Angeles, performed at the gathering, part of a series of 150th-year anniversary events planned throughout the year, and which drew about 75 people from across the diocese.

The Rev. Canon Frank Alton, St. Athanasius’ current rector and newly appointed provost of the Cathedral Center, expressed gratitude for the words of his predecessor but also noted that injustices and divisions remain.

“My question as pastor of this congregation today, as we engage civil rights now, is whether the church can be effective by carefully walking a balance between sides on issues that continue to divide our nation, and that affect the lives of fellow citizens and aliens in our midst,” he told the gathering. 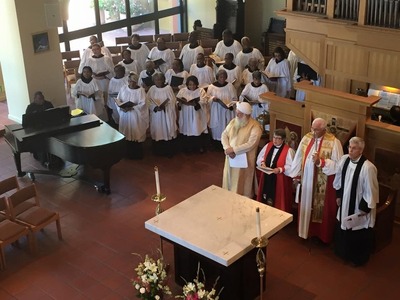 Baptismal promises “to respect the dignity of every human being and to work for justice and mercy in this world” supersede social and political divisions and compel a renewed call to civil rights action, Bruno said.