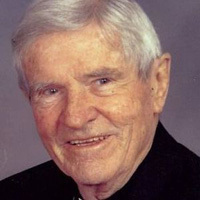 The Rev. Richard Dwight Thomson, a former rector of Holy Trinity, Covina, and St. Paul’s, Tustin, died July 18 in South Carolina, where he had resided in recent years. He was 87.

After retirement he served as vicar of St. James Santee Church in McClellanville, South Carolina, from 1993 to 2006.

He was rector of Holy Trinity, Covina, from 1974 until his retirement in 1992, during which time he also was president of the board of Edgewood Counseling Center and treasurer of the Covina Ministerial Association. Previously he was rector of St. Paul’s, Tustin (1971 – 74), and served two congregations what was then the southern portion of the Diocese of Los Angeles and is now the Diocese of San Diego: St. Paul’s, San Diego (1966 – 71) and St. Mary’s by the Sea, Pacific Grove (1964 – 66).

He served at various times on the Camping Commission, the Commis5sion on Ministry and the ad hoc Committee for the Future, formed during Robert C. Rusack’s tenure as bishop of Los Angeles. In his spare time he enjoyed tennis, home remodeling and sculpture.

Richard Thomson was born October 1, 1928, in Minneapolis. He graduated from the University of Minnesota in 1948, and served in the U.S. Army during the Korean War (1950 – 51). His first work was as a funeral director, which was also his father’s profession. He entered seminary at Church Divinity School of the Pacific, graduating in 1962. He was ordained to the diaconate on June 29 of that year, and to the priesthood the following December in the Diocese of Utah, where he served as vicar of St. Paul’s, Vernal, for two years before moving with his family to the San Diego area.