Bishops from southwestern US, Central and South America focus on advocacy, peacemaking at border summit 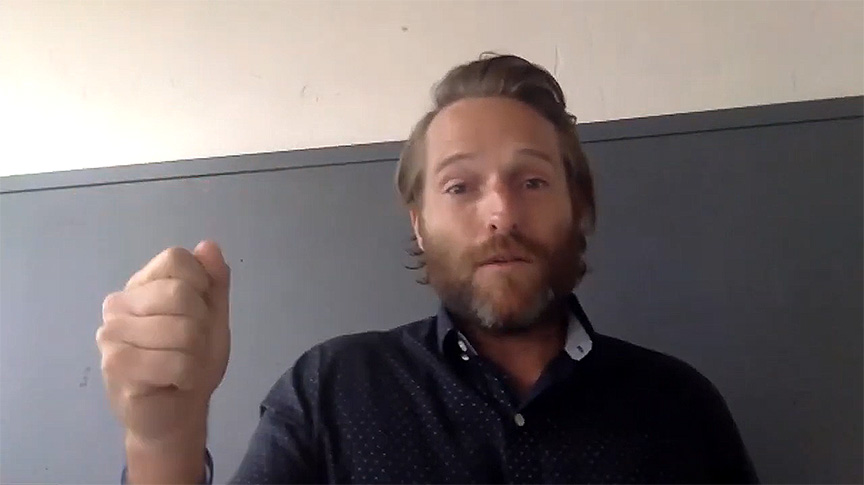 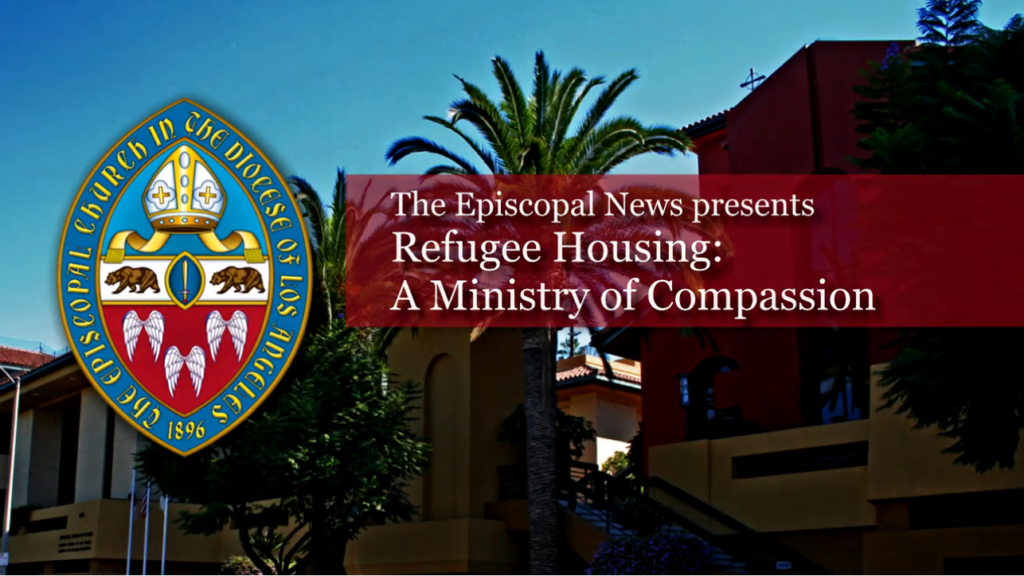 The St. John’s, San Bernardino ministry that houses recently released asylees from the Adelanto Detention Center was featured in a video presentation at the Nov. 20-21 virtual Border Ministries Summit hosted by the Episcopal Diocese of San Diego.

The video, one of several reports of Episcopal Church work concerning immigrants and refugees, showcases Bishop Diocesan John Harvey Taylor’s visit with the asylees, who received a compassionate release from the privately-owned detention facility because of COVID-19.

Taylor joined bishops from Central and South America and the southwestern United States online at the third annual and first-ever virtual border summit, which focused on Christian peacemaking, building church connections and advocacy opportunities for the immigrant community along the U.S.-Mexico border.

“The summit enabled those of common resolve and spirit to come together and compare notes about how, in practical terms, to do the church’s essential work of respecting the dignity of every human being, especially the sojourner, asylee, and immigrant worker,” Taylor told The Episcopal News. “All have new hopes for their ministries in the year to come, as political winds change.”

“We will not offer our charity but our solidarity, building relationships with migrants and their families, strengthening our relationships between our dioceses, and building networks of support and resources all up and down the Americas,” the bishops said in a statement at the conference’s conclusion.

They also pledged to “advocate for policies that embrace immigrants as human beings and beloved children of God – helping them work, live and flourish, and for economic relief in the face of storms, political unrest, the drug trade, human trafficking and poverty.”

Bishops Lloyd Allen of Honduras, David Alvarado of El Salvador, Silvestre Romero of Guatemala, and Archbishop Julio Murray, primate of Central America, said histories of ongoing war, extreme poverty and violence have sparked the flow of immigration through Central America into the United States, in search of economic and educational opportunities and personal safety.

Alvarado said as much as 50% of the population in El Salvador lives in “precarious” poverty, while Allen said at least 2.5 million Hondurans live on the equivalent of “a couple of dollars per day.”

The journey of many migrants, eager to present themselves for asylum, often ends with their detention, crushed hopes and forcible return to their home countries. Some who have spent time in inhumane conditions at U.S. detention facilities return infected with COVID, creating additional stigmas for them, Allen said.

Bishop Ricardo Gomez of the Diocese of West Mexico, said both asylum-seekers and those deported often wind up in border towns and are victimized by drug and human traffickers, creating a public health crisis. So are children, who increasingly have been coming unaccompanied.

Local churches have mobilized to support them, a model more churches could engage and expand, he said.

The Rev. Greg Kimura, rector of St. Andrew’s Church in Ojai, called the summit informative, ‘because the issue of immigrants has largely fallen out of the news cycle with COVID. The reality is that COVID has amplified Trump policy failures at the U.S. border with Mexico and at Mexico’s southern border. This has led to a humanitarian crisis, with tens of thousands stateless and stranded, without housing, food, or health care.”

The conference also featured gutsy advocates like Yoland Varona, who was deported to Mexico from the U.S. ten years ago and was forced to leave her two children behind without even an opportunity to say goodbye to them.

Varona founded Dreamers’ Moms USA-Tijuana, a support group for others facing a similar plight. Over time, the group began to address immigration status and other challenges, aided by attorneys, with a goal of returning women to their families, whether in the U.S. or Mexico.

“We have helped three women already,” she said in a pre-recorded interview. They are now with family in the United States. We have helped two women gain custody of their children in the U.S. And now five women are in the process of being reunited with their families in the U.S. That’s such a joy for me, to be able to help ten women and to see smiles back on their faces. It’s such an incredible happiness for me to be able to help.”

She would like people in the U.S., “if they’re around a child or a husband or someone that you know that is separated from their family, treat them with compassion, with dignity and if you can give it, even treat them with love. That would be something.”

Huckins said Varona’s story is an invitation for U.S. congregations and individuals to wake up to the ways they walk away from immigrants and to begin to participate in healing. The hope of the summit, he added, was to facilitate a competent conversation about avenues to peacemaking.

For example, when Scripture reminds us to consider the foreigner and the immigrant, Huckins said, “we read ourselves as the protagonist in the story,” when we often have more in common with Pharaoh than with Moses, with Pilate than with Jesus.

“How are we tuning in to our immigrant neighbors … and allowing (such conversations) to shape who we are in this moment of fear and this culture of divide and polarizing rhetoric?”

Global Immersion’s Everyday Peacemaking project works on overcoming divisions through four core practices — seeing, immersing, contending and restoring — within the context of immigrants at the border, Huckins said. “At a moment here in our country, richest country on earth, when we are struggling to welcome 10,000 refugees a year, how do we leverage what’s ours to change in these systems?”

Meghan Taylor, executive director of the Interfaith Refugee and Immigration Service, or IRIS, a ministry of the Los Angeles diocese, agreed. “It is the underserved and the disenfranchised that are the true protagonists” in the biblical story, she said. “We have to be active in seeing and immersing ourselves into injustice. Too often, we simply do not see the injustice around us.

She referred to Huckins’ keynote address, during which he described growing up in California’s Central Valley without ever really noticing migrant farmworkers until he was taught to see them as an adult. “Once we see the injustice before us, it cannot be unseen,” Taylor said. “We need to immerse ourselves into the conflict and do what we can to restore justice. The San Diego Diocese did a wonderful job hosting the summit and I look forward to participating (hopefully in person) in the next one!”

Similarly, the Rev. Joanne Leslie, retired diocesan archdeacon, said the interview with the two border patrol agents “reminded me how difficult and valuable it is to force myself to listen carefully to people who hold views and/or work for agencies that I am opposed to.

“It was uncomfortable to listen to the border patrol agents, in part because they seemed like such genuine, well-intentioned young men,” Leslie said. “I was particularly struck by the one agent who spoke about how badly he felt seeing the children out in the desert, especially when they were sent alone by adults to confront the border patrol.

“Later in the summit I recall a representative of one of the immigrant justice groups asserting that the border patrol still believe it is mostly single men crossing the border and they don’t understand how many women and children are at risk. Everyone involved feels real pain at the plight of the children, but they think the “other side” doesn’t feel the same compassion.

Leslie continued, “The session in which we were shown how to apply the Everyday Peacemaking practices to our own inner work was extremely helpful to me. The four practices of See, Immerse, Contend and Restore are clearly useful when used as tools to understand external situations. But the idea of applying this sequence as steps as I struggle to overcome my own internal biases and habits of thought was both novel and helpful. I requested the 30 Days of Peacemaking guide and I’m going to use it, probably starting in January as a New Year’s resolution to listen more deeply and broadly.”

Additional information about the border summit may be found here.