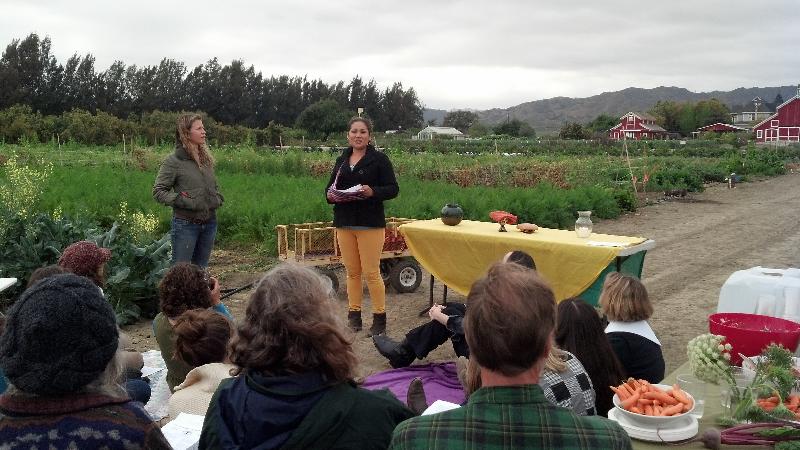 The Abundant Table is one of several nontraditional worshipping communities whose status in the Diocese of Los Angeles would be regularized by a proposed amendment to the diocese’s constitution and canons. (This photo was taken before the current pandemic. Like all worshipping communities in the diocese, The Abundant Table currently holds its services online or socially distanced.)

Delegates to the 125th annual meeting of the Episcopal Diocese of Los Angeles will be asked to amend diocesan canons to name certain nontraditional faith communities as “mission centers” that will send lay delegates with seat, voice and vote to Diocesan Convention.

The convention will be held via Zoom on Saturday, Nov. 14, with Convention Eucharist via Facebook and YouTube on Sunday, Nov. 15. Read more about the convention here.

The Rev. Canon Kelli Grace Kurtz, who chairs the diocesan Commission on Constitution and Canons, wrote the proposed amendment and said it would clarify nontraditional communities as mission centers but not change them operationally or structurally.

“We’re not changing anything. We’re just defining what already is,” said Kurtz, who also convenes the diocesan Program Group on Mission Congregations. “It [the resolution] provides clarity and it’s a prelude to the revisioning work that needs to be done on the “Theology of Mission,” the policies and procedures manual of the diocese.

“There isn’t a dramatic backstory,” she said. “It really is cleaning up and making more clear what the relationship is between the communities in our diocese that are neither parish or mission.”

“These communities have been around for a long time and have gone by several different titles, including preaching station, mission station, emergent community, mission outreach center, house church, and community based fellowship, but never one unifying title and no formal relationship with the diocese other than the bishop saying ‘yes, they exist,’” said Kurtz, who is rector of All Saints, Riverside.

“They are vital and creative parts of our diocesan family,” Kurtz added. “The bishop believes they add to our common life and expand our understanding of church, community, witness and worship.”

Typically, a parish is a church that can financially support its own operation. Its vestry, or governing body, may call its own priest, or rector, with approval of the bishop diocesan. Parishes are asked to contribute 12% of their operating budget to the diocese as part of the Mission Share Fund (MSF) for mutual ministry support. That money is used by the diocese to, among other things, help support congregations that cannot financially support themselves.

Most, though not all, mission congregations rely on support from the diocese to sustain their mission and ministries. The bishop diocesan is considered the rector of each mission and appoints a vicar or representative to serve as priest on the bishop’s behalf. Mission congregations are required to contribute 10% of their annual plate and pledge to the MSF. Elected lay leaders who govern and support the clergy are called the bishop’s committee.

Since Thad’s began as a church plant from All Saints, Beverly Hills in 2008, members have worshipped in a living room, a Denny’s restaurant conference room, a local park, a jazz bakery, and a Jewish community center. Currently they meet at the Willows Community School Performing Arts Center in Culver City and prefer to rent space rather than to seek a permanent building, foregoing the burden of a mortgage in order to focus on people rather than programs.

Christian Kassoff, lay leader at Thom’s, said approval of the proposed resolution would “make it nice to feel recognized.” He drew inspiration from Thad’s to begin Thom’s, named after the apostle Thomas “because questioning is in our DNA.” Within a year, members had turned faith into service by forming a Laundry Love ministry to the homeless and economically vulnerable.

In turn, Thom’s has inspired similar efforts across the six-county Los Angeles diocese. “The last time I counted, a couple of years ago, there were like 18 Laundry Loves around the diocese, and plenty more that were not Episcopal Church-affiliated,” Kassoff said. However, since the Covid-19 pandemic, the ministry has halted and Thom’s worship, like that of most other churches, has shifted to an online presence for the time being.

Similarly, Holy Spirit, an emergent community organized in 2004 in the Silverlake-Los Feliz area of Los Angeles, offers the Lord’s Supper in three courses — a meal and fellowship, worship and reflection, and dessert. It began as an informal house church, then moved around until it settled on its current location at St. Francis’ Chapel, Atwater Village (Los Angeles), according to Canon Randy Kimmler, a founder.

“We wanted to attract people who may not be Episcopalians, to make a little more user-friendly,” he said. Now the group has moved its gatherings online, said Kimmler, who is glad convention will consider the amendment that will formally establish Holy Spirit’s status.

The Rev. Canon Mary Crist, St. Michael’s priest, said she welcomes the change. “This does a lot to legitimize our status as ‘members of the family,’” she said. In addition to offering space for Recovery meetings, the church is collaborating with Riverside officials on a $17 million development to create 50 affordable housing units for homeless and low-income people.

If the amendment is approved at the Nov. 14 virtual convention, it will take effect with the adjournment of the 2020 meeting.