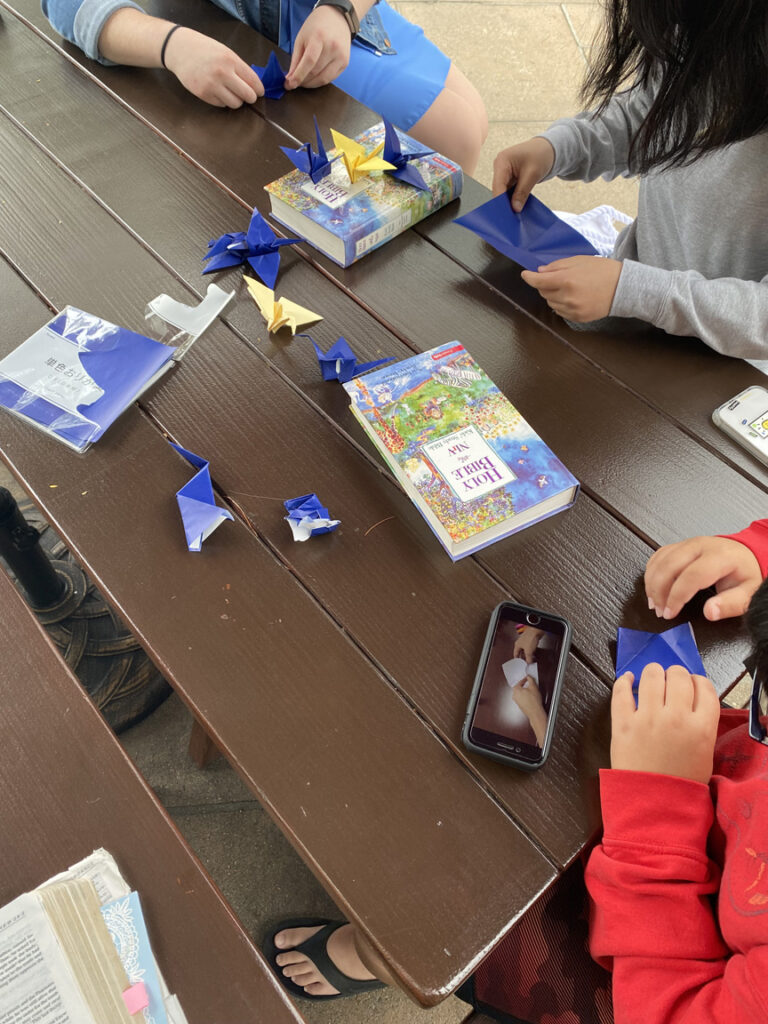 [The Episcopal News] Kaelyn Chatfield, 13, and others in the St. Edmund’s Church youth group in San Marino, are crafting origami cranes in blue and yellow – the national colors of Ukraine – to aid people from the war-torn country.

While folding the delicate, Japanese-inspired birds can feel frustrating at times, the goal, she said, is “to make enough money to help people.”

On Sundays, and at home as well, the youth group members are creating the individual birds, which will be strung together as hanging chains to be sold on Easter Day. The goal is to raise at least a thousand dollars, and the effort is both a spiritual exercise and a means of empowering youth, according to St. Edmund’s rector, the Rev. Jenifer Chatfield, Kaelyn’s mom.

“We thought doing something tangible would give the kids a feeling of pride and ownership,” she told The Episcopal News recently. “It turns out some of the kids have an interest in origami. They’re busily making peace cranes that we’ll sell on Easter. We are hoping to raise $1,000 and will donate the money.

“Another youth makes ceramic bowls and we’re going to sell those too,” she said. “All the profits will go to Ukraine.”

Prayer cards will accompany the cranes, along with a pamphlet about the importance of prayer, as well as offering cash donations during crises. (Supplies of cranes will be limited, but anyone interested in contributing to the fundraiser may send an email to rector@saintedmunds.org.)

The church is partnering with Sunflower of Peace, a Boston, Massachusetts-based nonprofit organization dedicated to helping Ukrainians since the Feb. 24 Russian military invasion. 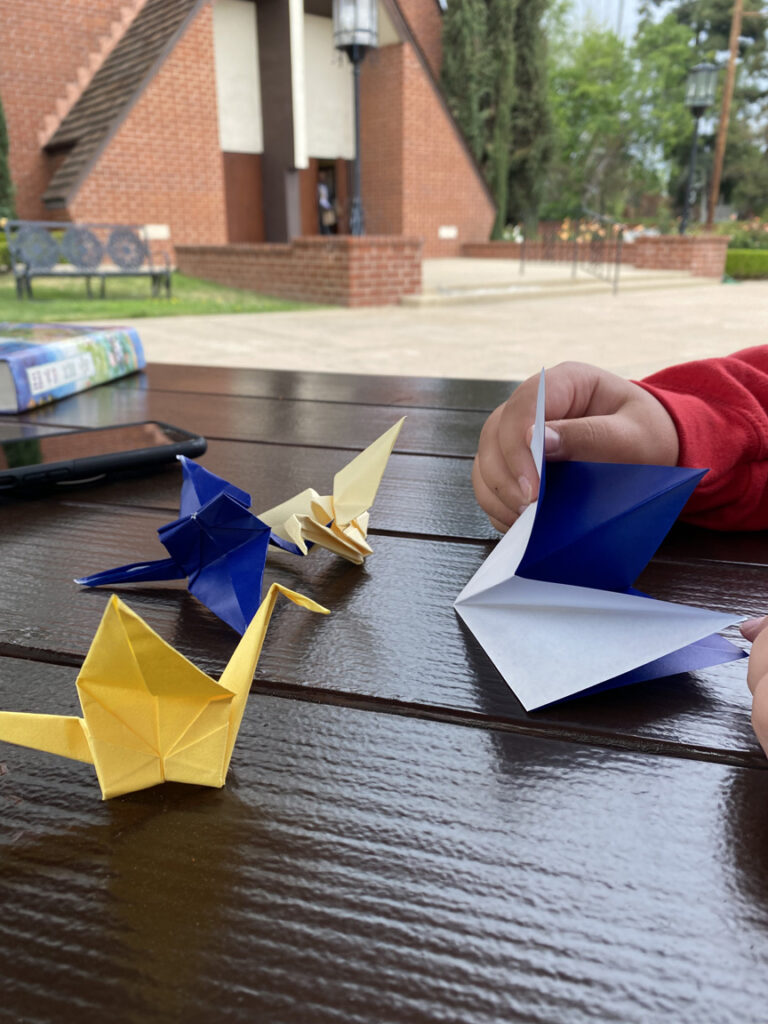 The cranes will be strung together and sold on Easter Day at St. Edmund’s Church. Photo: Heather Bartolome

“It’s an organization that supplies first responders with medical equipment,” Chatfield said. “They make first aid backpacks for paramedics and doctors on the front lines. The kids were given three choices of organizations to sponsor and that’s what they decided.”

The youth, aged 9 to 15, are also set to join another upcoming project, a collaboration with Rise Against Hunger, a nonprofit organization that works around the globe to end hunger.

The intergenerational project will bring parishioners, youth group members and students from a nearby middle school together in St. Edmund’s kitchen to assemble dried goods into food packages, to be shipped to countries receiving Ukrainian refugees, she said.

“We put up the money and they [Rise Against Hunger] bring the supplies. They wrap it up and ship it.”

The projects are part of an overall goal of becoming a community hub for outreach activity, as well as providing tangible assistance to those in need, she said.

Since the war began, “I’ve been asked, is there a prayer we can say, and I’ve been offering Episcopal Relief and Development,” she said. “We put together prayers for our newsletter for people to say at home. That felt tangible.

“People want to come and feel like they’re making a difference.”

That goes for Kaelyn, too. She is eagerly looking forward to the next project while busily folding cranes.