[The Episcopal News] Bishop John Harvey Taylor has announced the appointment of five new deans; clergy who oversee deaneries, geographic regions of the six-county Episcopal Diocese of Los Angeles, on his behalf.

“Among other aspects of their ministry, deans convene regular meetings of local bishops, deacons, and priests; organize pastoral support to retired clergy and the partners and spouses of clergy who have died; and comprise a council of advice to the bishop’s office in our quarterly ‘deck of deans’ lunch meetings,” Taylor said October 12.

In accordance with centuries-old church custom, deans of deaneries, seminaries or cathedrals are styled “the Very Reverend” once they assume their new duties (unless the dean is also a bishop).

The new appointees, from deaneries 1, 2, 4 and 9, expressed excitement and visions of vibrant collaborative ministries, post-Covid reconnection and even some good old-fashioned clergy fun. 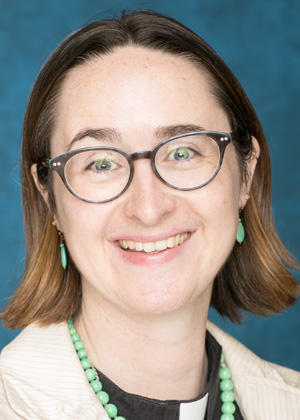 “I feel honored to be asked to serve in this way,” said the Rev. Melissa Campbell- Langdell, rector of All Saints/Todos los Santos Church in Oxnard since 2014, who will serve as a Deanery 1 co-dean, along with the Rev. Randall C.K. Day, rector of St. Mark’s in-the-Valley, Los Olivos. 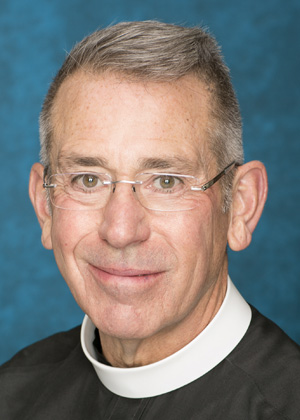 “Definitely in our area, serving as co-deans feels extra helpful, because the deanery covers quite a bit of distance,” encompassing Santa Barbara and Ventura counties, stretching some 125 miles from Agoura Hills north to Santa Maria. “That way, we can be a little more present to the clergy in the area.”

In addition to administrative responsibilities and preparation for diocesan conventions, the two look forward to gathering clergy “to create some fun but meaningful points of connection,” said Langdell-Campbell. “There’s still a lot of disconnection from the pandemic.”

Day agreed, recalling a former gathering where clergy gathered on the cliffs overlooking the Pacific Ocean with brown bag lunches and whale-watched during a meeting. “You don’t need to be in a meeting room with a collar on to do that. It had a different feel to it; it was restorative.”

Support and restorative gatherings won’t just be for clergy, but also for laity, especially because “there is a lot of transition going on, it’s happening churchwide,” added Day, St. Mark’s rector for 14 years. “The goal is, how can we draw ourselves together more generally as faith communities, to be supportive in this time when a treasurer, a finance committee, might look at a budget and think they’re the only ones with stresses or challenges?

“My guess is, most, if not all, of the faith communities in the diocese are feeling both financial and missional stresses.”

Day said collaborative ministry is another goal for Deanery 1 congregations, located in Oak Park, Fillmore; Isla Vista; Lompoc; Ojai; Santa Barbara; Santa Maria; Santa Paula; Simi Valley; Thousand Oaks and Ventura, as well as Camarillo, Oxnard and Los Olivos. “What are the ways in which to support one another as a whole faith community, and where are there places to collaborate? We want to hear the experiences of other deans, too,” he added. 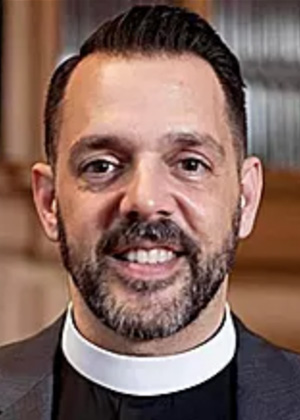 Serving the diocese “in a deeper way,” is exciting to the Rev. Christopher Montella, newly appointed dean of Deanery 2, reaching from Burbank to Lancaster and encompassing the San Fernando, Antelope and Santa Clarita valleys. In addition to collaborating with Taylor and Canon to the Ordinary Melissa McCarthy, he hopes to create networks among deanery clergy and laity “that might lead to more vital ministry on the whole.”

As congregations “move out of pandemic mode … there’s lots of vitality,” said Montella, who began serving as St. Stephen’s priest-in-charge in 2019 and was called as rector a year later. Ordained a priest in the Los Angeles diocese in 2017, he has also served as associate rector at St. Wilfrid of York, Huntington Beach. Prior to ordination he spent 25 years in the fashion industry.

“It is a different landscape than it was two and a half years ago, no doubt about it,” he said. Nobody can deny the church is at a crossroads and is changing faster than anyone thought it was going to. All the communities in our diocese are grappling with that and are working hard to figure out who they’re going to be next and where we’re going from where we are now and what is our Episcopal response to the world around us right now.

“We have a unique opportunity. I serve a church in a city where this parish is the only overtly open and affirming Christian community for LGBTQ+ people, and that makes us unique and gives us something to stand for,” said Montella, chair of GLEAM, the Bishop’s Commission for LGBTQ+ ministry in the diocese.

“A lot of our communities can look around them and say, this is what we stand for. What I’m seeing a lot of, is a real effort to try to speak to the community that we’re placed in and to get back to being community churches.”

He views the new role as both gathering and serving as cheerleader for active and retired clergy as well as laity, “to amplify the good work the communities in this deanery are doing.” 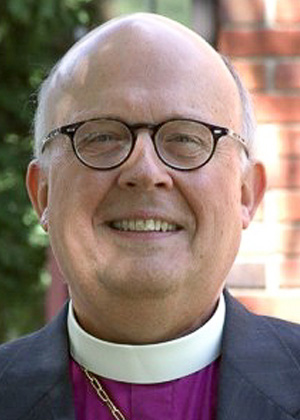 Retired Montana Bishop Franklin Brookhart, who began serving Sept. 1, 2022 as bishop-in-charge of St. John’s Cathedral in Los Angeles, has been named dean of Deanery 4, a role he has fulfilled in other dioceses, he told The Episcopal News.

In addition to the mandated pre-convention meetings, deaneries also provide opportunities for clergy and laity “to get together informally and to know and support each other in their ministries, and that’s community building,” whether through education, ministry or other efforts, said Brookhart, who retired in 2018 and moved to California to be closer to his daughter and grandson.

For nearly two years, he has served as part-time interim rector at St. Mary’s Church in Palms and has performed some episcopal visitations. Brookhart introduced Native American ministry while serving in Montana, creating and approving a culturally sensitive liturgy and planting a congregation that, at one point, had 200 members, he said.

He is looking forward to hosting a get-acquainted lunch with Deanery 4 clergy, which includes congregations in La Canada, Glendale and central Los Angeles. 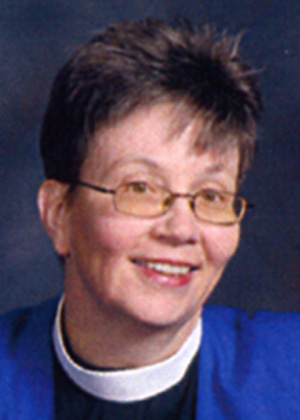 The Rev. Kay Sylvester, who will assume the role of Deanery 9 dean (north Orange County) in January 2023, is looking forward to using the deanery structure to help bring people and ministries together, she told The News.

Sylvester will succeed the Very Rev. Jeannie Martz, who will retire at the end of 2022 as rector of Trinity Church, Orange.

“I’m excited about the opportunity to gather not only clergy but also lay leaders and try to get some efficiencies for ministries in the deanery,” said Sylvester, a past president of the diocesan Standing Committee. She has served St. Paul’s Church since 2005, first as associate rector and, beginning in 2012, as rector. She also serves on the diocesan Commission on Ministry and is vice chair of the Bishop’s Commission on Liturgy and Music.

“We don’t have to duplicate everything. If someone’s already doing a great shower ministry, or feeding people, then maybe the best use is for other congregations to come to that.”

Recently, St. Paul’s began exploring the possibilities of a deanery wide men’s group, hosting a gathering that has since transitioned from the ‘St. Paul’s Men’s Breakfast’ to the ‘Episcopal Men’s Breakfast’,” she said.

“If we do things as a deanery, we can begin to see how we might work together,” she said.

Pre-pandemic, deanery clergy frequently rotated hosting a monthly collegial gathering, or clericus, at their respective campuses, but many have shifted to online gatherings. Sylvester hopes midweek in-person visits to clergy in the deanery, which encompasses ten other churches from Tustin to Whittier, will help spur new visions for collaborative ministries among clergy and laity, “and how we can resource each other.”

She also aims to spread the good news about deaneries. “Most folks, if you say deanery to them, they have no clue what you are talking about,” she said. “We’re all faced with doing some sort of outreach, for folks on the street, or helping with rent, or the foster care system. There are infinitely more ways we could share information, ministry, and education,” at the deanery level, she said.

Taylor also appointed the Rev. Betsy Hooper-Rosebrook to a newly created position as dean of chaplains, who serve in a variety of capacities, from senior residences to jails to Episcopal schools and colleges.