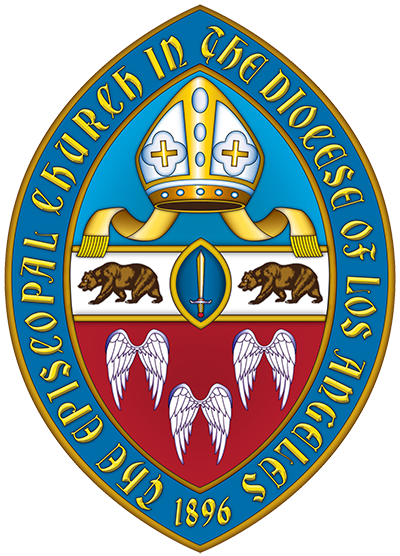 [The Episcopal News] While diocesan mission share fund income is on track for the first half of the year, past- due congregational pledges from 2021 and 2022, totaling about $800,000, remain a financial challenge, Canon Andy Tomat, treasurer, reported to the Aug. 11 online meeting of Diocesan Council.

“One trend noted is that many of the larger amounts due are from churches that are in transition, which may indicate that vestries are unfamiliar or uncertain about making their MSF commitments, despite having lower expenses,” said Tomat.

“The budget departments that are covered by the Mission Share Fund tend to be running under budget,” Tomat continued. “Some of it is because of staffing delays. Some of it is because of expense timing like diocesan convention – expenses that are not incurred until closer to convention.” The result is that the MSF is running a $233,000 surplus through the first half of the year.

However, Tomat reported a $566,000 deficit year-to-date in the Corporation of the Diocese portion of the budget, resulting in a $330,000 deficit on a consolidated basis.

The budget anticipated income from administrative support to some grant-funded programs, such as Seeds of Hope and IRIS, or the Interfaith Refugee and Immigration Service – income that has not been realized. “The budget assumed these grant funded programs would pay 5% of their grant income to cover a portion of administrative expense support provided to them by the diocese. That is still being negotiated and that has not been received and it ends up being quite significant.”

The deficit has resulted “in a $212,000 per month drain on our very limited cash resources,” prompting a special meeting of the Corporation on Aug 16th to address the shortfall, he added. “If it remains unchecked, we will have a significant cash crunch in under a year.”

Additionally, some diocesan institutions received less than their anticipated grant income, including Prism, the jail chaplaincy, which is being reconstituted as part of Bloy House’s Center for Lay Chaplaincy.

Dan Valdez said Bishop John Harvey Taylor, who was on vacation and not present at the meeting, had requested a report on the work of the Joint Budget Committee.

After a review of financial reports and meetings with diocesan finance staff, Valdez said, “the current revenue projection for 2023 is about $10.9 million, and projected expenses are somewhere in the neighborhood of $11.6 million,” or a shortfall of about $750,000.

The shortfall relates to the diocese’s inability thus far to collect administrative fees for services provided by the staff to separately funded agencies as discussed in the treasurer’s report. “Basically, since most of that funding is generated through grant proposals it takes a while to right the ship,” said Valdez. “We are suggesting there should be modifications to their funding requests which have not previously included administrative costs but should. It’s a normal course of business for those types of entities to be able to solicit grants to cover administrative expenses.”

In response to a question, Stanton said about 50 of the diocese’s 135 congregations have not yet sent in pledge cards. Still, some have been making payments, she added.

Ravi Verma reported that the Corporation of the Diocese approved license agreements for both St. John’s, Corona, and Christ the King, Santa Barbara, to rent worship space to other congregations; and a commercial loan on behalf of St. George’s, Laguna Hills.

The Very Rev. Gary Hall reported that the Standing Committee did not consent to the election of the Rev. Charlie Holt as bishop-elect of the Episcopal Diocese of Florida, because of concerns about his position on LGBTQ+ and other issues. (That election has been called into question on procedural grounds: see related ENS story here.)

Each diocese has an opportunity to seek one grant, with the bishop’s support, she said. The diocesan UTO coordinator is Tammy Smecker Hane; she may be reached at tsmecker@cox.net

The UTO Ingathering season will begin soon; supplies may be obtained here. Donations may be made online or mailed to: The United Thank Offering | DFMS – Protestant Episcopal Church, P.O. Box 958983, St. Louis MO 63195-8983.

Hall also reported that the Program Group on Mission Congregations is updating the Theology of Mission manual to include mission centers, such as St. Francis, Atwater, and St. Michael’s, Riverside, in addition to mission congregations, and will begin reviewing about 28 requests from congregations for mission development fund grants.

Valdez, a 7-term General Convention deputy, was recognized with “senior deputy” status during the July 8 – 11 gathering in Baltimore. In spite of the shortened time, “we were able to complete all of the work before us and ended up a little early on the fourth day,” Valdez said, adding that only about 13 resolutions were deferred to General Convention 2024, slated to meet in Louisville, Kentucky.

Secretary of Convention Canon Steve Nishibayashi, who chaired the meeting in the absence of both Taylor and Canon to the Ordinary Melissa McCarthy, noted that the Los Angeles diocesan convention, to be held Nov. 11 – 12 at the Riverside Convention Center, will elect deputies to General Convention.

He also mentioned Taylor’s input at both General Convention and at the Lambeth Conference, a gathering of bishops from across the Anglican Communion. “At the September meeting, he will offer a brief report on the issues and resolutions” from both meetings, Nishibayashi said. Reports about General Convention are here. Lambeth Conference reports are here.