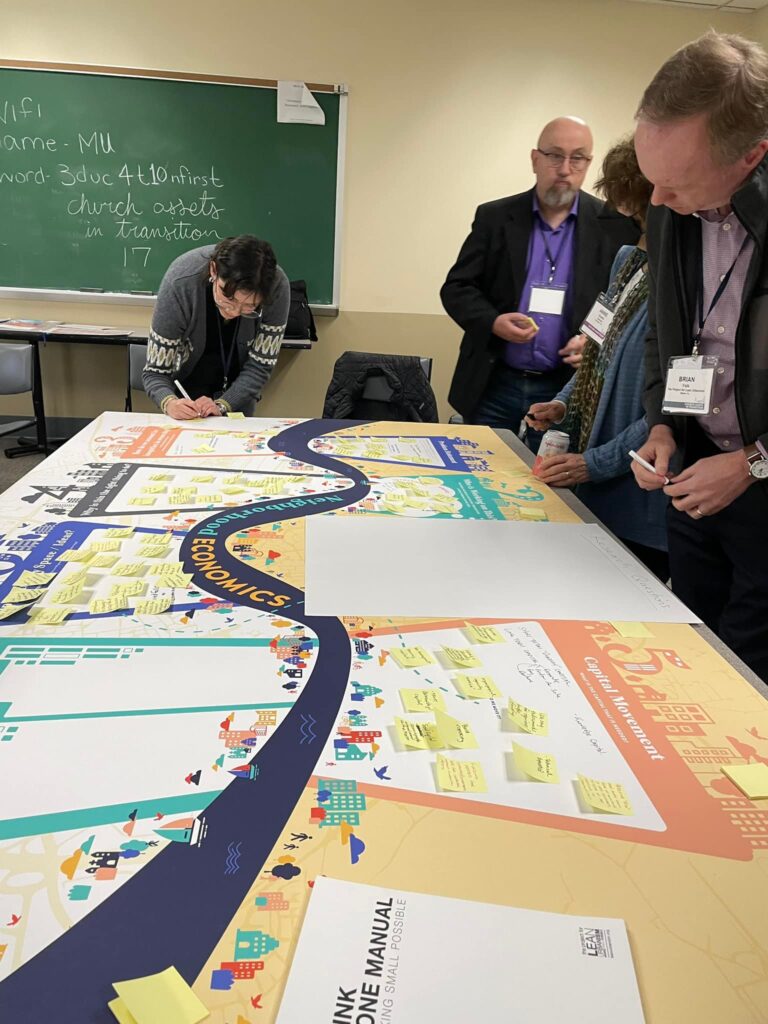 Episcopal Enterprises took part in a May 2022 “Neighborhood Economics” program in Indianapolis.

[The Episcopal News] Episcopal Enterprises, an initiative to help congregations leverage their strengths to raise funds and awareness for ministry, recently joined with Nefesh and Food Forward to form The Interfaith Food Coalition. The coalition developed a product line made from rescued fresh produce, both keeping the food out of the landfill and funding its food justice work. They created dehydrated soup mixes, dried fruit and vegetable snacks, and canned fruit jams and butters.

The coalition now is participating in UCLA’s Social Enterprise Academy. Of nine nonprofit teams in the first round of judging, the Interfaith Food Coalition placed in the top three. It will present its “elevator pitch” and business plan in the finals on Thursday, May 26 to compete for $35,000 in start-up funds.

Episcopal Enterprises invites the diocesan community to register here, watch the contest on Thursday from 4 to 6 p.m., and cast a vote for the “audience favorite” award of $5,000.

Episcopal Enterprises also recently participated in “Neighborhood Economics: Catalyzing Capital at a Local Level,” a gathering of innovators held in Indianapolis May 3 – 6.

Participants included people working in philanthropic investing; faith leaders committed to economic justice work; and local change-makers in Indianapolis. Episcopal Enterprise networked with other organizations involved in empowering communities to thrive. Episcopal Enterprises participated in the Church Assets in Transition program, working in sessions to identify current challenges that churches face and also to think of possible solutions to these challenges.

According to members of Episcopal Enterprises, one of the challenges commonly identified at this event was the urgency of churches to both rethink their role in society and support their communities with pressing needs, such as affordable housing.

Episcopal Enterprises has an ongoing GoFundMe campaign to help fund actions related to housing and other goals. Learn more about these and donate here.

To have more updates about the work of Episcopal Enterprises, funding opportunities and more, subscribe to its newsletter here.