Episcopalians join rally advocating for rights and support for the poor 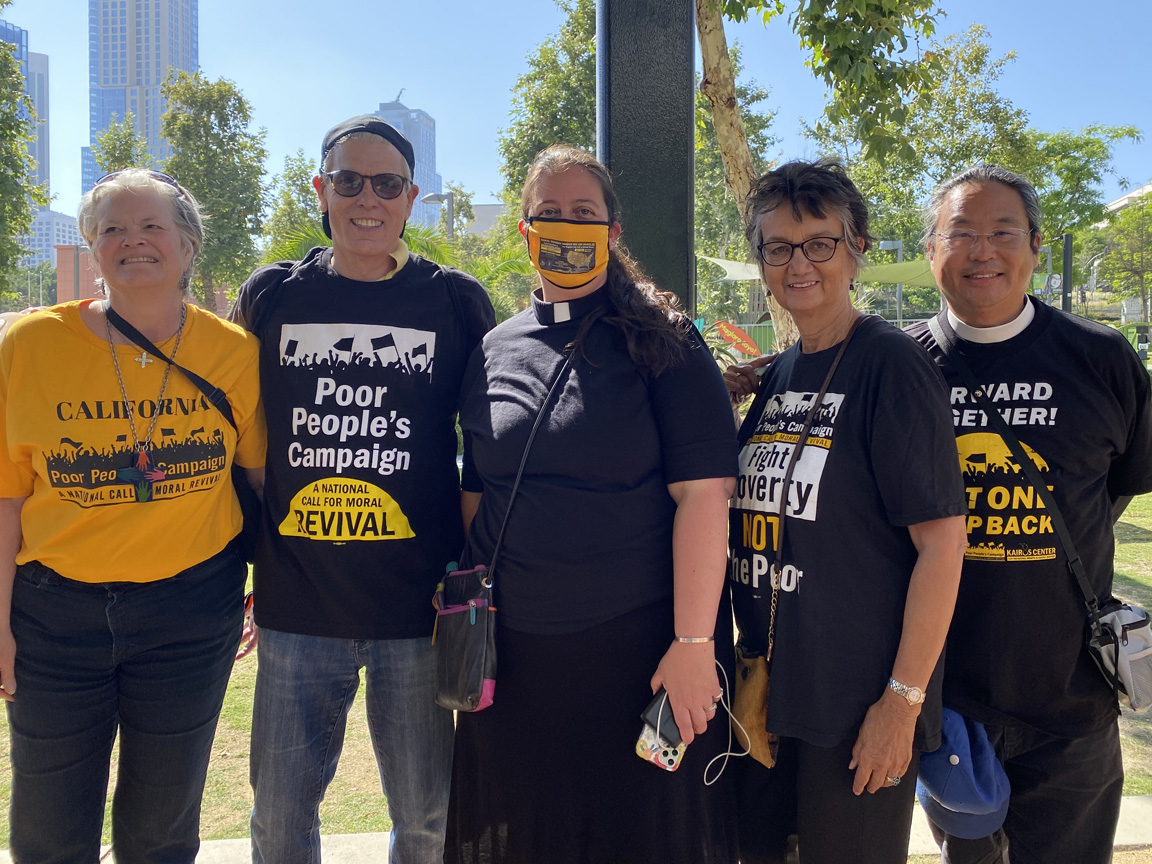 Several members of the diocesan community took part in a May 16 rally held in Los Angeles by the Poor People’s Campaign, which advocates for policies that “lift from the bottom,” supporting low-wage workers and other impoverished people so that they can improve their lives.

Participants gathered at Los Angeles City Hall and marched around Grand Park past a number of government buildings. National PPC co-chairs Bishop William J. Barber II, Protestant minister and social activist, and the Rev. Liz Theoharis, a Presbyterian minister, were among the speakers. 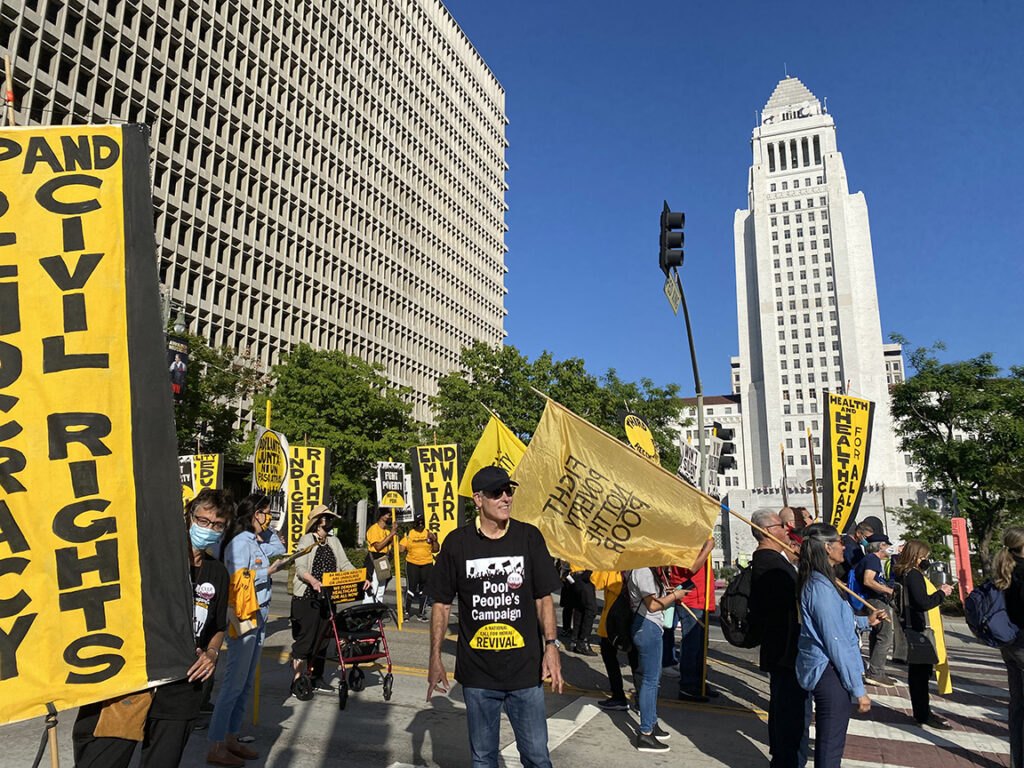 Canon Frank Alton is pictured among fellow activists at the Poor People’s Campaign rally in Los Angeles on May 16. Photo: Keith Yamamoto

Rally organizers said that their goals, focused on the priorities of poor and low-wealth people, include advocating for political leaders to update the poverty measure to reflect the real cost of living; enact a living wage; guarantee the right of all workers to form and join unions; guarantee quality health care for all; and ensure the right to vote. The rally was a precursor to a planned “Mass Poor People’s & Low-Wage Workers’ Assembly and Moral March on Washington and to the Polls” on June 18.

The Episcopal Church, through a 2018 resolution by its Executive Council, has expressed its support for the Poor People’s Campaign.

“This movement started with the Rev. Dr. Martin Luther King Jr.’s efforts to unite Black and White poor people and low-wage workers,” said Yamamoto. “I am proud that the Episcopal Church has partnered with the Poor People’s Campaign in advocating for truth-telling and social change on important issues like poverty, racism, creation care, and the war economy. It meant a lot to be able to meet so many people who have been working so hard – other Episcopalians, clergy from different denominations, local and regional coordinators, and especially the national co-chairs, [Barber and Theoharis].

“The church needs to be a unifying force to help the last, lost, and least, and to stop those who are doing great harm against the poor and low-wealth in the name of Jesus.”

A video of the program is here. 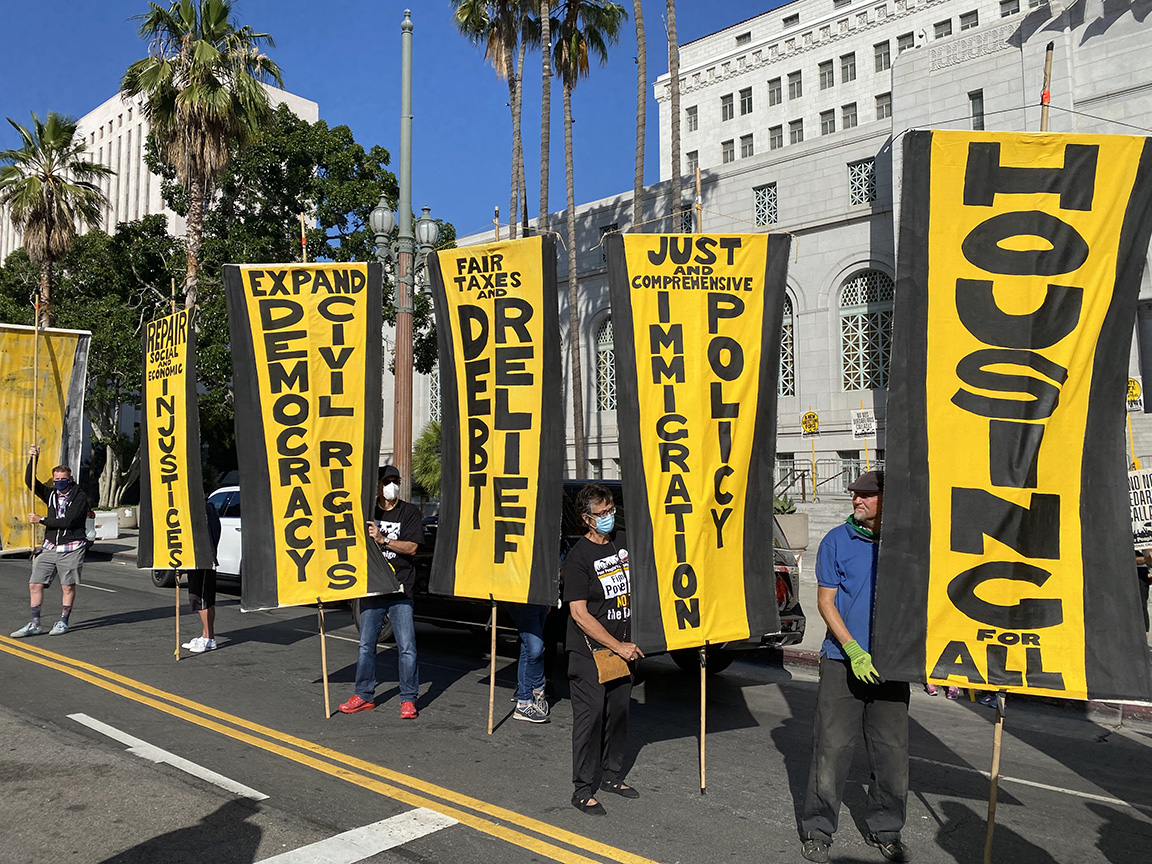