In the Southland, grief, rage and calls for action follow attacks on Asian Americans 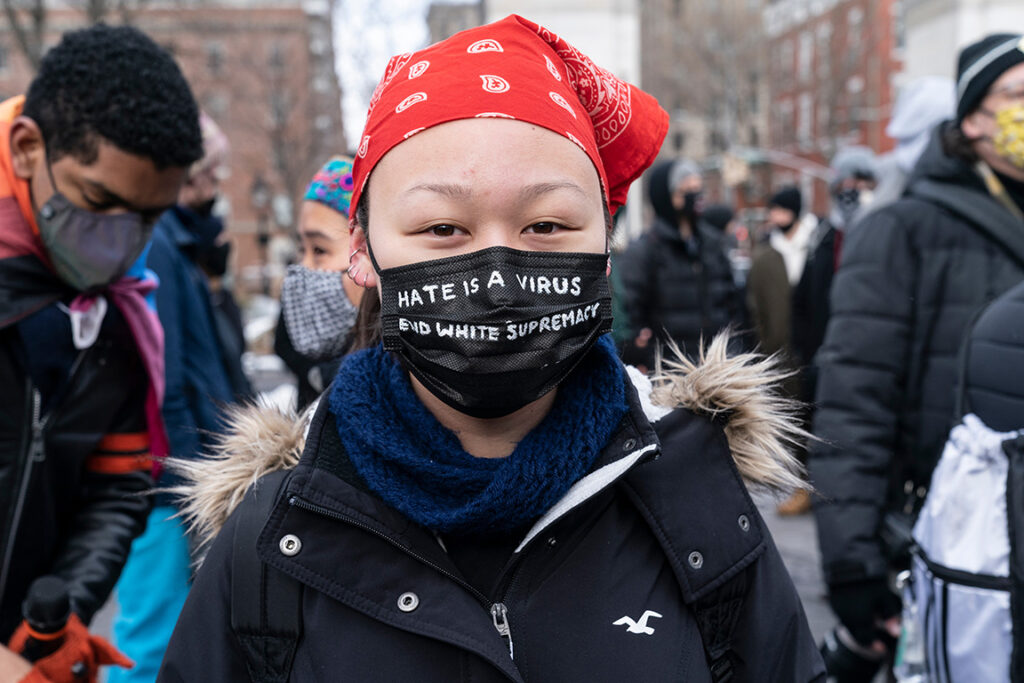 Southland Asian American Episcopalians say they are horrified but sadly not surprised at the March 17 murders of six Asian American women and two others in three Atlanta-area massage parlors – killings they believe were racially motivated.

The Rev. Yein Kim, rector of St. Alban’s Church in Westwood, who was targeted by hate speech last year, said she has felt bitterness and frustration at inaction even though such incidents against Asian Americans and Pacific Islanders have spiked during the pandemic.

Kim recalled being screamed at on the street and told to go back to her own country. “It’s a weird feeling,” she said. “I’ve received all these emails of support and I believe everyone means it. But it (the support) happens only when something really bad happens and then really never goes anywhere after that.”

The nonprofit Stop AAPI Hate Center has recorded more than 3,700 incidents targeting Asian American and Pacific Islanders since March, 12, 2020. “The number of hate incidents reported to our center represent only a fraction of the number of hate incidents that actually occur, but it does show how vulnerable Asian Americans are to discrimination, and the types of discrimination they face,” according to the website.

The Rev. Jim Lee, associate professor of Asian American Studies at the University of California at Irvine, said since the attacks his social media feeds have been filled with “an outpouring of grief and rage that is unrelenting.”

Los Angeles Bishop Suffragan Diane M. Jardine Bruce denounced the attacks and a national climate that fostered “active aggression against Asians and Asian Americans in this country. Members of our own community here in the Diocese of Los Angeles either have been or know people who have been screamed at, pushed, told to ‘go back where you came from.’ Our Asian siblings are living in fear.”

In a March 19 statement, Bruce said, “In our Baptismal Covenant we are asked to respond to this question: Will you strive for justice and peace among all people, and respect the dignity of every human being? Speaking on behalf of Bishop John Harvey Taylor and Canon Melissa McCarthy, we call all to stand up as Christians and denounce not only the actions of those who engage in racist activities against Asians, Blacks, Latinos, Indigenous Peoples. We must call out and denounce the use of racist phrases and micro- as well as open aggression against any of our communities of color, most especially right now against our Asian siblings.”

Glenn Nishibayashi, a member of St. Mary’s in Los Angeles, the diocese’s historically Japanese American congregation, said that even more discouraging than the attacks themselves was the authorities’ inappropriate response to them.

“It bothers me that the police chief said this guy (the shooter) just had a bad day. I thought, wait a second, he created a really bad day for a lot of other people. How come we’re not talking about those people? And to say it wasn’t racially motivated – it’s hard for me to think there wasn’t some element of racism or misogyny involved.”

Joyce Swaving of St. George’s Church, Laguna Hills, agreed, saying in an email that now “the victims’ reputations are being questioned while the perpetrator is almost given a pass by a ‘peace officer’ stating he had a bad day. As an API, I have experienced countless microaggressions. This tragedy highlights how othering causes such heartache and separation. As a Christian I believe in the power of prayer, yet I want more to be done about access to guns, antiracism and healing centuries of discrimination and oppression in this country.”

For Mel Soriano, who attends All Saints Church in Pasadena, the authorities’ expressed “sympathy for the perpetrator and not for the victims was truly shocking. The fact that more news keeps coming out about the possibly racist environment in the police force there just makes it even more perplexing that our country seems to be willing to accept this.”

For Nishibayashi, the shootings recalled the kind of hatred that fomented the incarceration of his parents and grandparents in World War II concentration camps. “We’ve come a long way, but that kind of hatred toward racial minorities still exists in our country. It’s alive and well.”

On a recent bike trip in Southern California, he realized just how much the anti-Asian violence had affected him. “I entered an area known for being politically conservative,” he recalled. “It popped into my mind that maybe I wasn’t safe there. That doubt let me know that this resides in me. It’s a pressure that minorities feel. You walk into a room and you’re never 100% sure that everyone there is happy that you are.”

The Rev. Peter Huang, a co-facilitator of The Gathering: A Space for Asian American Spirituality, a ministry of the diocese, said it is important to push back against false narratives surrounding the shootings. “This is certainly not just having a bad day or a sex addiction or a gun control issue. This is very much a racial hate crime. This is targeting Asians and Asian Americans.”

Nor is it a coincidence, he said, that the shootings “align with how people have attributed the pandemic to China and to Asian Americans by association.”

While moved by the outpouring of support and empathy, Huang also said he feels “less safe to go certain places. I feel more vulnerable. And, because this level of violence has taken place to this extent, I feel angry and less-than.”

A recent church conversation underscores the need for communities to come together in mutual support, he said. During the conversation, he was asked about his country of origin.

“That’s a loaded question, especially for people of Asian descent,” Huang said. “Before I had a chance to respond, another person who was African American jumped right in and drew attention to the complexity of the question and its potential for microaggression. Just knowing that someone was aware of what was going on, I felt very supported.”

Such microaggressions are designed “to make Asian Americans feel they don’t belong,” Lee said. “The classic things you hear [is] ‘where are you from?’ You can be born in San Gabriel or San Diego or Oakland, but you still hear, ‘No, I mean where are you really from?’ – like your true origins are from some sending Asian country.” Another common microaggression often presents in the form of a back-handed compliment: “‘You speak English so well.’ It assumes a foreign-ness. Just don’t do those things,” Lee said.

Raising awareness, becoming educated and taking action are key, he added. “We’re in The Episcopal Church and thankfully, we have some Asian American saints, but we need to ask why we’re not talking about Asian Americans more intentionally.”

As churches prepare to return to in-person worship, “they should take a look at their congregations and then at the demographics of their local communities … and ask themselves, who’s not in this room? If the community isn’t represented, they need to ask hard questions about why. What might we be doing unintentionally, unconsciously that makes people feel like they don’t belong in this room?”

Although President Joe Biden denounced the attacks as “un-American,” Lee said history tells a different story – a history that many Americans are unaware of, particularly exclusion acts devised to keep Asians from entering the United States.

“Until we actually see it as part of our national narrative, we’re never going to be able to change the story,” Lee said. “There is a tendency for us to want to paint an overly optimistic picture of what our society can be in our better moments. But that’s only possible if we engage in actual repentance for what we have done, especially during this Lenten season. We need to read this history and commit to not look away, but to face it.”

Resources are available, he said, to guide Christians’ response, like bystander ally training, or speaking up when witnessing a microaggression. “If you hear a remark like, ‘go back to where you came from’ or anything along those lines, speak up and say, ‘Hey, that’s not appropriate. Go stand next to the person who’s been targeted. Say ‘I will not leave you. I will be an ally. I am willing to put my body on the line.’ These are tangible, incarnational, sacramental things people can do.”

Dustin Nguyen, 26, a parishioner at St. Wilfrid of York, Huntington Beach, said he was surprised at expressions of solidarity after having “grown comfortable with the fact that the social issues regarding Asian Americans – that we would have to face it alone. That no one would really pay attention.”

Both he and Huang are hopeful, however, that the country is at a turning point. “This is a moment of solidarity,” Huang told The Episcopal News. “What Asian Americans are experiencing more acutely now is what other people of color have experienced all along – being hated on, unwanted, threatened. If anything, this past year has shown us how much this is a reality in the Black and Brown communities.

“We really need to come together and work toward racial justice as part of following our baptismal covenant as Christians.”

The Gathering, he said, is planning an April webinar to address practical ways to play a role in changing the national conversation on race.

A prayer for all to pray:
O God, you made us in your own image and redeemed us through Jesus your Son: Look with compassion on the whole human family; take away the arrogance and hatred which infect our hearts; break down the walls that separate us; unite us in bonds of love; and work through our struggle and confusion to accomplish your purposes on earth; that, in your good time, all nations and races may serve you in harmony around your heavenly throne; through Jesus Christ our Lord. Amen.

A prayer for non-Asians to pray:
Gracious and Holy God, we are all made in your image. We lament the racism that infects our hearts that causes us to forget that. Please comfort our Asian siblings who are the targets of not only micro-agressions but open aggression and most recently brutal murder. Comfort those who mourn the loss of their loved ones. Protect our Asian siblings who continue to live in fear. Heal us from our indifference to their pain. Give us the courage to stand in solidarity with them and denounce these actions. Give us the strength to live into our baptismal covenant of respecting the dignity of every human being. All this we ask through Jesus Christ, the one who came to help us know you and your love for us all. Amen.

Bruce also provided some resources for congregations (click on blue links for information):

“Won’t You Be My Neighbor?” – A panel conversation on Racism and Microaggression
February 8, 2020 – Organized by The Gathering: A Space for Asian American Spirituality

The Making of Asian Americans, by Erika Lee, Simon and Schuster.