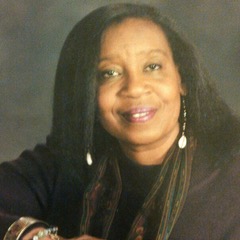 [The Episcopal News] Carmen Elaine “Jetea” Glosson Johnson – a longtime educator and member of the Union of Black Episcopalians – died Oct. 7 at Loma Linda University Medical Center. She was 68 and a resident of Hemet, Calif., where she attended the Episcopal Church of the Good Shepherd.

A member of the U.B.E.’s H. Belfield Hannibal Chapter, she joined her family in attending St. Martin’s Episcopal Church, Compton, where she enjoyed being a member of the Girl’s Friendly Society and participating in youth group activities. She attended local schools and went on to attend the University of Oregon and to graduate with a bachelor of science degree from Cal-State University, Dominguez Hills, where she also began a master’s degree.

Later in life Johnson took the name “Jetea,” which means “one who fights for those who cannot fight for themselves.”