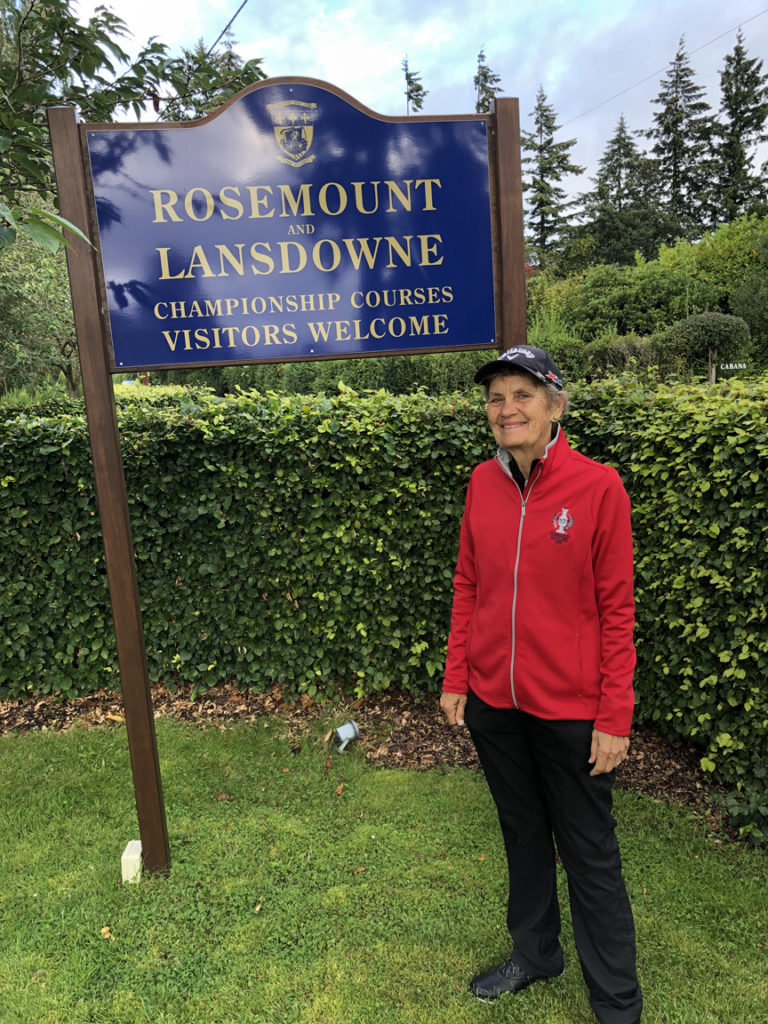 Carol A. Grosvenor is pictured at the Rosemount and Lansdowne Golf Course in Blairgowrie in the Perthsire region of Scotland. Photo: Marilyn Omernick

Carol A. Grosvenor, wife of the Rev. Marilyn Omernick, died June 29 at their home at the Hillcrest Retirement Community in La Verne after a two-year battle with ovarian cancer. She was 72.

A service will be held at 11 a.m. on Saturday, August 20 at Church of Our Saviour, 535 W. Roses Road, San Gabriel 91775 (626.282.5147). It will be live-streamed (and available for later viewing)  at www.cosepiscopal.org/carolg (the link will be live on the day of the service.) An online bulletin will be available prior to the service.

Carol was born July 19, 1949 in Lansing, Michigan to Barbara (Brown) and Robert Grosvenor. She lived in the Los Angeles area for 47 years. Marilyn and Carol met in 1985 and celebrated 37 years together. They were married June 17, 2008, the historic first day of legal same-sex marriage in California. A local station televised their wedding, which followed the May 2008 California Supreme Court ruling overturning Proposition 22.

She provided computer software services in the banking and computer technology industries, and upon becoming CPF she formed her own financial advisory firm. She retired in 2018 after a long career as an independent financial advisor.

An avid golfer, Carol played with several local clubs; in 2019 she scored a hole-in-one at a local tournament. She played golf in all 50 states, and with her wife took a trip to Scotland in 2019 to play at St. Andrews and attend the Women’s Solheim Cup event.

She served on several boards including the Association of Women in Computing (president), the One Archives (treasurer) and the Financial Planning Association (member). She served as a board member of several local women’s golf clubs. She was a member of the American Philatelic Society and a lifetime member of the Girl Scouts, serving on the development committee for the Girl Scouts Heart of Michigan (GSHOM).

Carol had fond memories of her childhood and adolescent years as a Girl Scout. She supported the Michigan chapter as a way of ensuring the next generations of girls would have the same opportunities. In lieu of flowers, her family suggests memorial donations to the Girl Scouts Heart of Michigan, online here or by mail at 13287 Wacousta Road, Grand Ledge MI 48837.