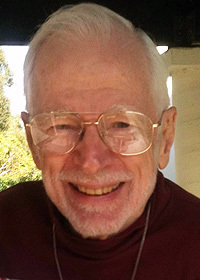 The Rev. David Barnhouse, M.D., assisting priest at Trinity Church, Santa Barbara, died Oct. 1 at his home in Santa Barbara after a brief illness. He was 87.

He is survived by Mary Alice, his wife of 64 years; three children and four grandchildren.

Barnhouse was ordained to the priesthood in Pennsylvania after he retired in 1993 from a long career as a physician that included a stint as a Presbyterian medical missionary in India, where he taught surgery at the Christian Medical College in Ludhiana, Punjab.