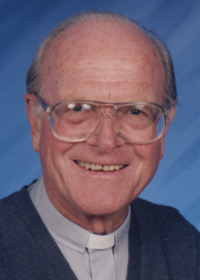 Tregarthen had a long career in education, teaching in Hermosa Beach before becoming an administrator for schools in Hermosa Beach, San Bernardino, Covina, Paradise, Chico and Oxnard. He also worked in the State Department of Education in Sacramento. He retired and moved to San Juan Capistrano, where he and Ettie joined St. Margaret’s church. Discerning a call to the priesthood in 1983, Tregarthan began seminary studies at the Claremont School of Theology, where he earned a master’s degree in 1988.

After ordination that year, he served at St. Margaret’s Church and School as assistant priest and assistant chaplain, and for a time in 1990 was priest-in-charge. When St. Margaret’s established a mission station in Avalon, on Catalina Island, Tregarthen served as its priest for several years. In retirement, he continued to teach Bible study and Sunday school classes at the retirement center in Pasadena to which he and his wife moved in June 2013.

Doran Tregarthan was born on February 19, 1919 in San Pedro, California, and spent his childhood in Lomita and Catalina Island. He earned a bachelor’s degree in 1942 and a master’s degree in 1954 from the University of California at Los Angeles. Bishop Frederick H. Borsch ordained him to the diaconate on June 25, 1988; Bishop Oliver B. Garver ordained him to the priesthood on January 7, 1989.

He was the author of two books: Teaching in the Elementary School and Who Are the Poor? He was married to Ethel Mae (Ettie) Geabhart on December 26, 1942. The couple traveled extensively in North America, Europe and the Middle East. According to their family, their most meaningful trip was to an archeological dig in Israel.