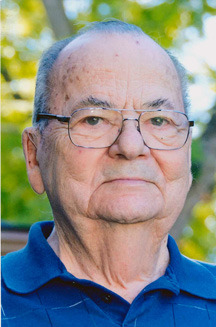 Gene Wekall was born and grew up in Los Angeles. He was raised in the Roman Catholic tradition. He joined the Navy shortly after graduating from high school, and served as a signalman on the Admiral Nimitz flagship in the Quadraline Islands during World War II. After leaving the Navy he eventually became a cub reporter for the Santa Ana Register; later he became its finance editor.

As the business editor of the paper he won many awards and honors. After leaving the Register he worked in public relations for Southern California Edison and finally as a very successful executive recruiter.

His love of the ocean and sailing was an important part of his life. He lived for some years on his sailboat, a 39 foot sloop. As with so many sailors, it was his dream to become a “blue water sailor,” a dream that he fulfilled when he sailed with one other crewman to Hawaii in 1987.

Wekall was a man of many talents, a deep thinker and an avid reader. He explored many subjects with enthusiasm, and he enjoyed discussions on philosophy, theology and spirituality, chaos theory in science, among others. When he met Ellen Murasaki, he was fascinated to meet a woman who was a seminarian and a lay preacher.

On a spiritual level Wekall became interested in Centering Meditation and the practice became a part of his life. After retiring, Wekall investigated the concept of bringing centering meditation to prisons teaching meditation to inmates. Acting on his idea, he traveled to Sacramento and met with many prison officials in discussions on meditation in prisons. In 2003 he formed a non-profit corporation called Centering Meditation, serving as its president. In 2005 he wrote a book titled The Next Step to help inmates with the practice of meditation. The book is still used in prisons, and is to be republished.