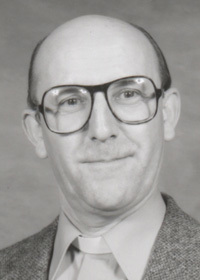 The Rev. Gordon Kevin Taylor, former rector of St. Mark’s Church, Downey, died Sept. 18, a week after suffering a hemorrhagic stroke. He was 77.

A service will be held on Saturday, Sept. 24 at 11 a.m. at St. Matthias’ Episcopal Church, 7056 Washington Avenue, Whittier, where Taylor assisted in recent years.

Gordon Kevin Taylor was born Nov. 22, 1938 in Belfast, Ireland. Before entering the ordained ministry, he worked as a shipping buyer. He was educated at Theological College and Trinity College, University of Dublin, and ordained to the diaconate in July of 1973, and to the priesthood in June 1974. He served as curate of St. Luke’s Church, Belfast, from 1973 to 1977. He was a member of the Society of St. Francis, and served as superior of the order’s house in Belfast from 1973 to 1980. He emigrated to the United States in about 1982, transferring his canonical residence to the Diocese of Los Angeles.