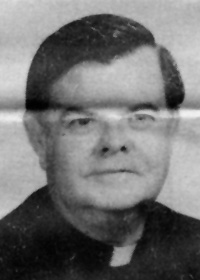 The Rev. John Noble, a retired priest of the Diocese of Los Angeles and a former rector of St. Clement’s Church in Huntington Park, died March 3 in Bend, Oregon, where he and his wife, Coralee, have been living in recent years. Noble was 84.

He is survived by his wife and their adult children and several grandchildren. Services will be private.

John Noble was born Jan. 18, 1927, in Nagercoil Kerala, India. He attended Southern Methodist University and Mercer Theological Seminary. He was ordained to the priesthood in 1962 in the Diocese of Long Island. He served congregations in New York and Georgia before accepting a call to the Church of St. Paul and St. Luke in Bridgeport, Connecticut, where he was vicar from 1968 to 1979.

From 1979 to 1989, Noble was rector of St. Clement’s, Huntington Park, and was well known for his leadership in community outreach, job training, after-school tutoring, and other programs serving area residents. He was a tireless advocate for refugees, immigrants, and immigration reform.