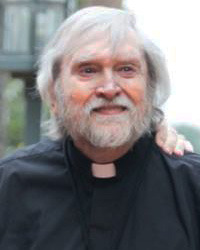 The Rev. Canon Morris Vaughn Samuel Jr., senior canon of the diocese, died early on the morning of June 13. He was 87. He had most recently assisted at St. Mark’s Church, Van Nuys.

Samuel was canon pastor at St. Paul’s Cathedral when the building was demolished, and the congregation moved to the chapel at Good Samaritan Hospital. He took on additional duties in 1981 when Robert C. Rusack, fourth bishop of Los Angeles, appointed him as canon missioner for urban work. At various times, Samuel also served at St. Mark’s Church, Altadena; Church of the Reconciliation, Los Angeles (now closed); St. Timothy’s Church, Compton; St. Luke’s Church, Long Beach; and the Parish of East Los Angeles (incorporating Church of the Epiphany and several other congregations). He was for many years an associate of the Order of the Holy Cross.

Samuel joined the cause of civil rights in 1961, taking part in a “prayer pilgrimage” (Freedom Ride) in New Orleans, where he and a group of other clergymen met with the bishop-elect of Mississippi to discuss segregated schools and stage a sit-in at a segregated restaurant. He later went to Selma with Martin Luther King Jr. — a march in which his longtime friend, the late Rev. Canon Malcolm Boyd, also took part. Samuel continued to engage in peace and justice work for the rest of his life. Drawing from his experiences, he wrote a book titled The Housemeeting Approach to Community Organization. Bishop Rusack named him an honorary canon in 1979.

Morris Samuel was born April 15, 1928 in Scranton, Penn. He studied for two years at Keystone College, then earned a bachelor’s degree in education at Pennsylvania State University in 1951. He joined the United States Navy, and served for four years on the USS Los Angeles as a lieutenant, junior grade. Later he was an aide and flag lieutenant to Rear Admiral Wright. He was an avid church choir singer, and during his Navy service he trained the ship’s choir, assisted the chaplain and directed music for on-board services.

After his military service, he earned a divinity degree at CDSP in 1959. Bishop F. Eric Bloy ordained him a deacon in June of that year, and a priest on Feb. 1, 1960.

Samuel married Jean Harris Harvey in 1955. They had three children; Morris III, Beth Anne and Glyn Morgan-Harris. The couple later divorced. Morrie was married in 1978 to the Rev. Cynthia Segal, who predeceased him. They had a son, Morgan, and a daughter, Meghan.