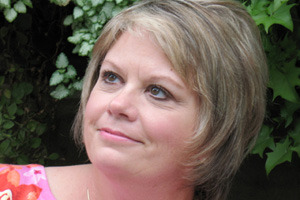 Nancy Garni, longtime director of development at Hillsides, died Oct. 9 of cardiac arrest. She had been in remission after a two-year battle with leukemia that included a stem-cell transplant. She was 64.

Survivors include her husband, Michael Seltzer; her daughter, Katherine Farina; and a sister, Judy Garni. A celebration of her life will be held at 2 p.m. on Saturday, Oct. 17 at St. Edmund’s Episcopal Church, 1175 San Gabriel Blvd, San Marino 91107. A reception in St. Edmund’s parish hall will follow the service.

A native of Whittier, California, Nancy Garni graduated from California High School in 1969, where she began her lifelong ministry by sending care packages to soldiers serving in Vietnam and volunteering at a nearby hospital. She graduated from Cal State Fullerton with a bachelor’s degree in English literature in 1979, and became volunteer personnel director of Anaheim Memorial Hospital Medical Centers. She later worked for the Los Angeles chapter of the American Red Cross, where she became development director. In 1989, she became chief advancement officer for Hillsides, a diocesan institution that provides services for foster children and youth at its campus in Pasadena. During her 26-year tenure in that position, Garni oversaw four capital campaigns that raised more than $50 million to provide services and programs for Hillsides’ clients. She also was a former member of the board of The Gooden School, an Episcopal academy in Sierra Madre.

The family asks that in lieu of flowers, donations be directed to City of Hope or Hillsides, where memorial funds will be established in Garni’s honor. She was especially fond of gardens, and a garden on the Hillsides campus will be created as a permanent memorial.