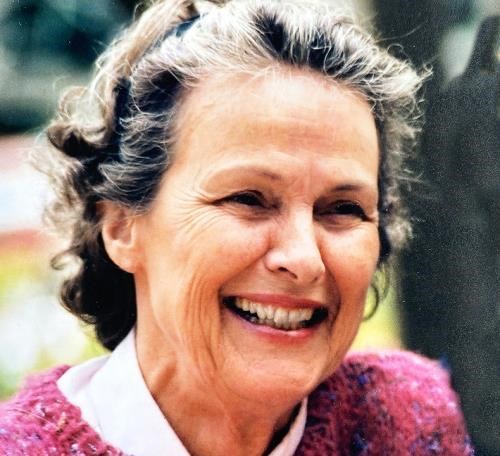 Mary Alice (Mar) Jennings, an honorary canon in the Diocese of Los Angeles and longtime lay leader at St. Matthew’s Church in Pacific Palisades, died June 10 in Santa Barbara surrounded by loved ones. She was 87 and had been in declining health.

Described by family members as “a lover of words, a good book, and vibrant conversation,” Jennings was named an honorary canon in 2018 by Bishop John Harvey Taylor during the annual Scholarship Dinner of the Neighborhood Youth Association, for which she was a longtime volunteer and coordinator of the Tita Mann Scholarship Fund. Jennings served on numerous committees at St. Matthew’s Episcopal Church over many years including the Fellowship Committee and thrift shop management. Being named an honorary canon in the diocese “represented so much of what she stood for and her deep devotion to the Church,” her family added in their tribute. Jennings’s volunteer work also included the Junior League, the Boys and Girls Club of America, and the Los Angeles County Museum of Art.

Born in 1933 in Cincinnati, Ohio, Jennings was the daughter of Charles and Alice Robertson, and sister of Ann with whom she attended Hillsdale High School followed by Connecticut College. Mar married C. Robert (Bob) Jennings in 1954. They moved to Spain where Mar was invited to act in the movie “Alexander the Great” directed by Robert Rosson and starring Richard Burton. The following year, they moved to New York where she worked for the UN as a guide. Bob’s career as Entertainment Editor for Time Magazine took them to Los Angeles, where they raised their daughters, Alice and Annie.

Jennings returned to school in 1974 to earn a master’s degree in library science at USC. She put her love of books and belief in education into practice, working as librarian at Whittier Public Library; librarian, college counselor and admissions director at Marlborough School in Los Angeles; admissions director at Connelly School in Anaheim; college Counselor at Dana Hall in Wellesley, Massachusetts; and librarian at Immaculate Heart High School in Los Angeles.

Twenty-two years ago Jennings met Howard Toboco and, as her family notes, “spent the happiest, most loving years of her life with Howard who would call Mar ‘the love of his life.’ Together they shared many laughs, wonderful travels, and cherished times with family and friends. Leading by example, not asking much of others, but quietly doing little favors like dropping flowers on a neighbor’s doorstep, running errands for friends, reading to children in the local library, or sending silly gifts to her grandchildren, she was a true giver. Her sincere interest in the lives of others reverberated throughout her friends and family, but also through her life-long dedication to service.”

“Enthusiastic, elegant, gracious, observer of details, lover of wine and bacon, ever-curious, Mar had a memorable laugh and presence,” her family adds. “She lit up the room, engaged others with her wit, her easy, sophisticated style, and immeasurable charm. She lived a full life and was loved by many.”

Jennings is survived by her daughters, Alice Ranahan and husband Michael, Annie Barnett and husband Jim; her sister Ann Cohen and son Mark Thompson; Howard Toboco; grandchildren Lindsey, Connor, Drew, Charlie, Kate, and Lily; and her many friends. She is predeceased by her beloved brother-in-law Richard N. Cohen.

The family thanks The Samarkand in Santa Barbara “for the impeccable care Jennings received the last two years of her life and Cottage Hospital, whose exceptional medical and spiritual care eased her passing.

Due to the current pandemic, services are pending. In lieu of flowers, donations may be made in Mar Jennings’ name and sent to The Parish of St. Matthew Episcopal Church, 1031 Bienveneda Avenue, Pacific Palisades, CA 90272 (https://www.stmatthews.com/)