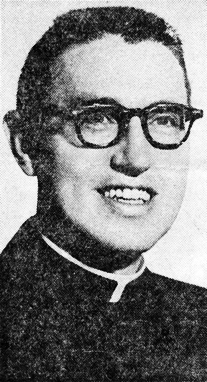 The Rev. Robert S. Spicer-Smith, a longtime priest of the Diocese of Los Angeles, died May 25 in Glendale after hospitalization in recent months. He was 90. He is survived by loving friends and family. A graveside service will be held at 2 p.m. on Saturday, May 31, at Forest Lawn, Hollywood, where the Rev. Robert Gaestel is scheduled to officiate.

Born March 20, 1924 in Toledo, Ohio, Robert Spicer-Smith graduated from the University of Southern California in 1945 and from Seabury Western Seminary in 1948. He also held a certificate in industrial relations from UCLA. He was ordained to the priesthood while serving as chaplain at the University of Illinois at Champaign, and later served congregations in Mattoon and Peoria, Illinois. From 1954 to 1958, he served as assistant rector at the Church of Our Saviour, San Gabriel. He also served congregations in San Diego, and upon returning to the Los Angeles area he took services as requested. He also wrote books and articles on spiritual topics.