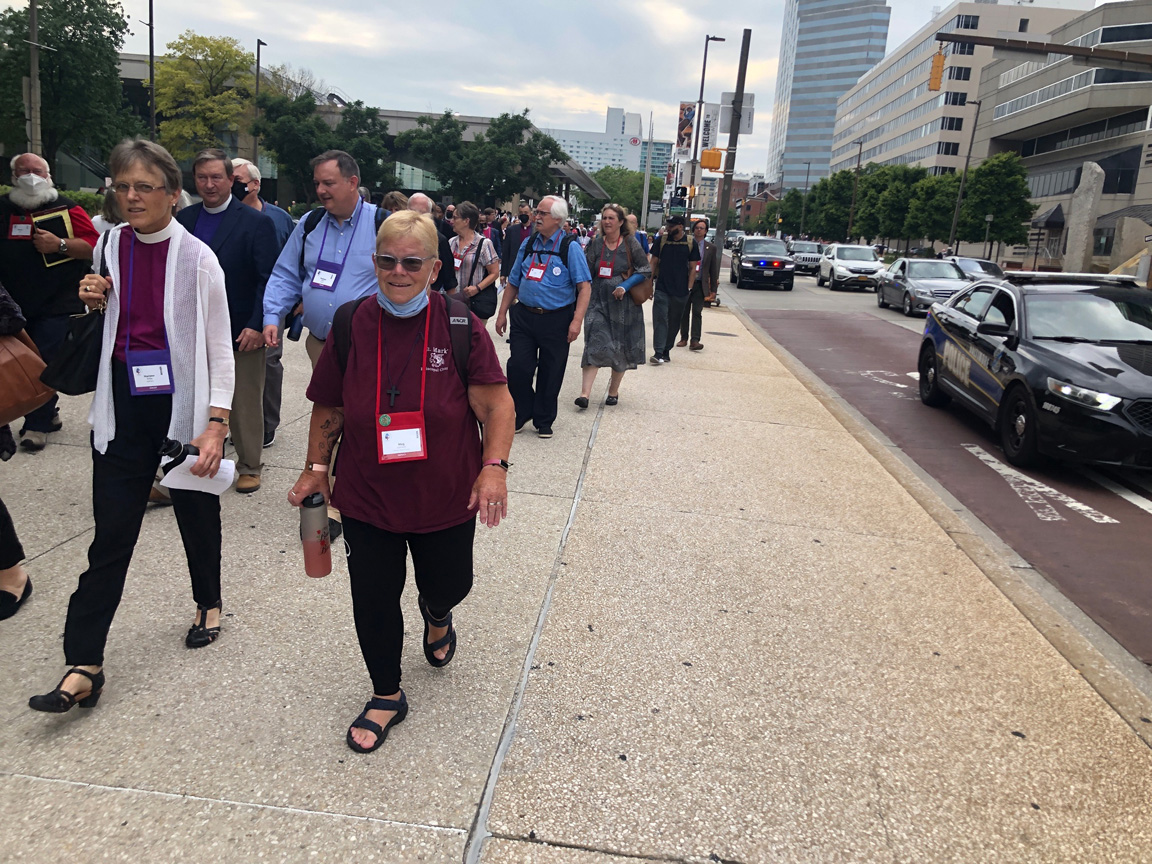 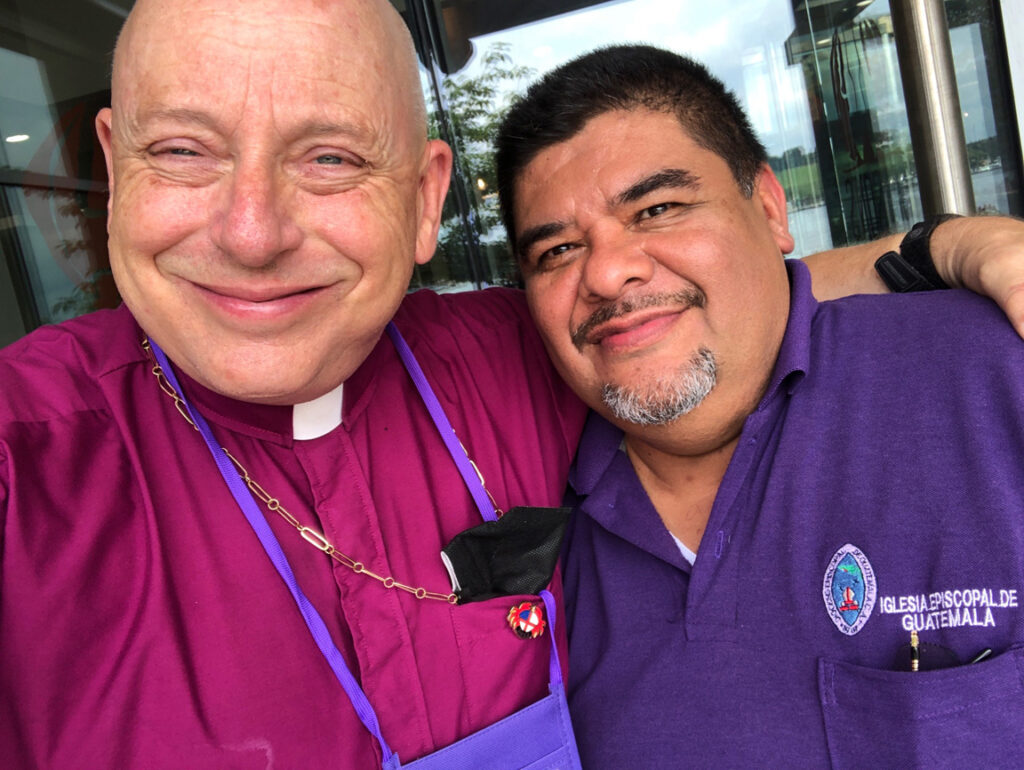 The 2022 General Convention of The Episcopal Church is meeting out on the streets this weekend as well as in the chambers of the houses of deputies and bishops (where important, painstaking work is being done, and on a drastically reduced schedule).

At lunchtime it was a joy to run into the Rt. Rev. Silvestre Romero of Guatemala. Sitting by Baltimore harbor over our lobster rolls, we discussed the growing collaboration between our dioceses (he recorded a brief interview with me for his folks) and swapped a story or two about the episcopal life.

Since Guatemala is part of the Anglican Church in Central America, not The Episcopal Church, he’s not attending convention, though he said ARCA bishops have had seat and voice in years past according to a concordat adopted in the nineties. Before attendance at #GC80 was scaled back by nearly 90%, he would have been present as an observer. He came to Baltimore anyway for meetings with colleagues before heading to Pennsylvania to meet with friends of his diocese in its churches. 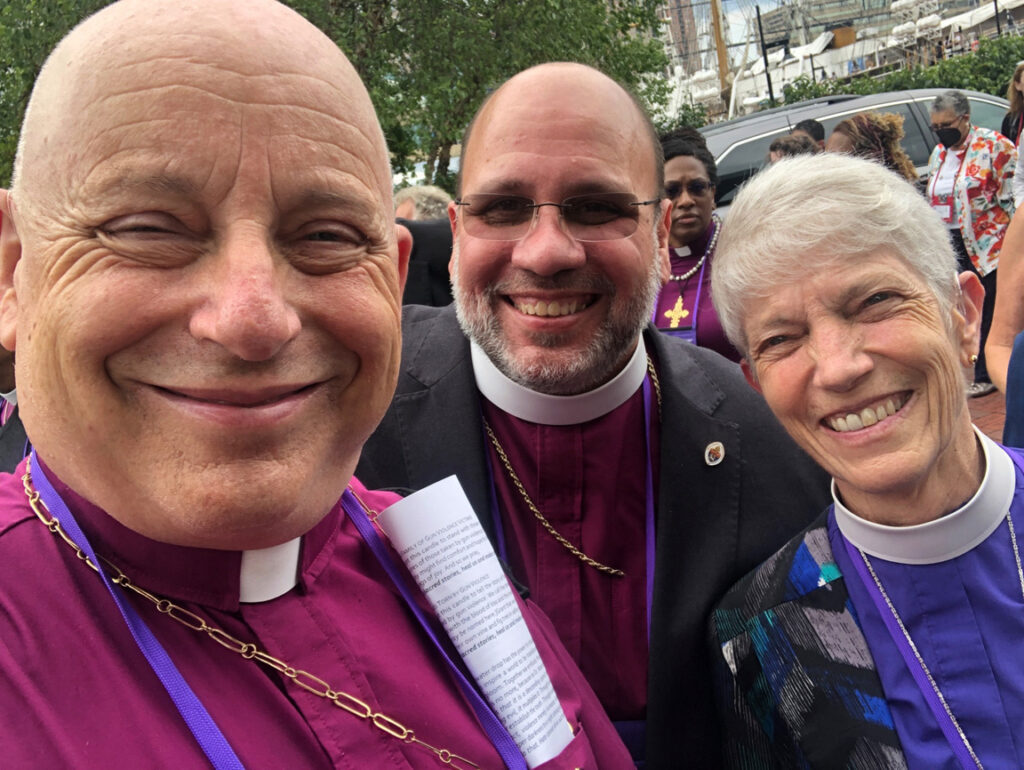 Between afternoon and evening sessions, convention took to the streets for a liturgy offered by Bishops-Episcopalians United Against Gun Violence, lamenting the gunshot death on Thursday of a 48-year-old man in a street altercation. Police cruisers accompanied us as we marched to the site of the incident. We lamented gun violence, the extra burdens borne by working people of color, and our rage-drenched times. Among the speakers was Presiding Bishop Michael B. Curry, who touched every heart as he called down God’s spirit of peace and justice.

In the crowd after the prayers, I spotted Mary Douglas Glasspool, bishop assistant in New York and former bishop suffragan in the Episcopal Diocese of Los Angeles, and Rafael Morales Maldonado of Puerto Rico, who had just been elected to Executive Council. 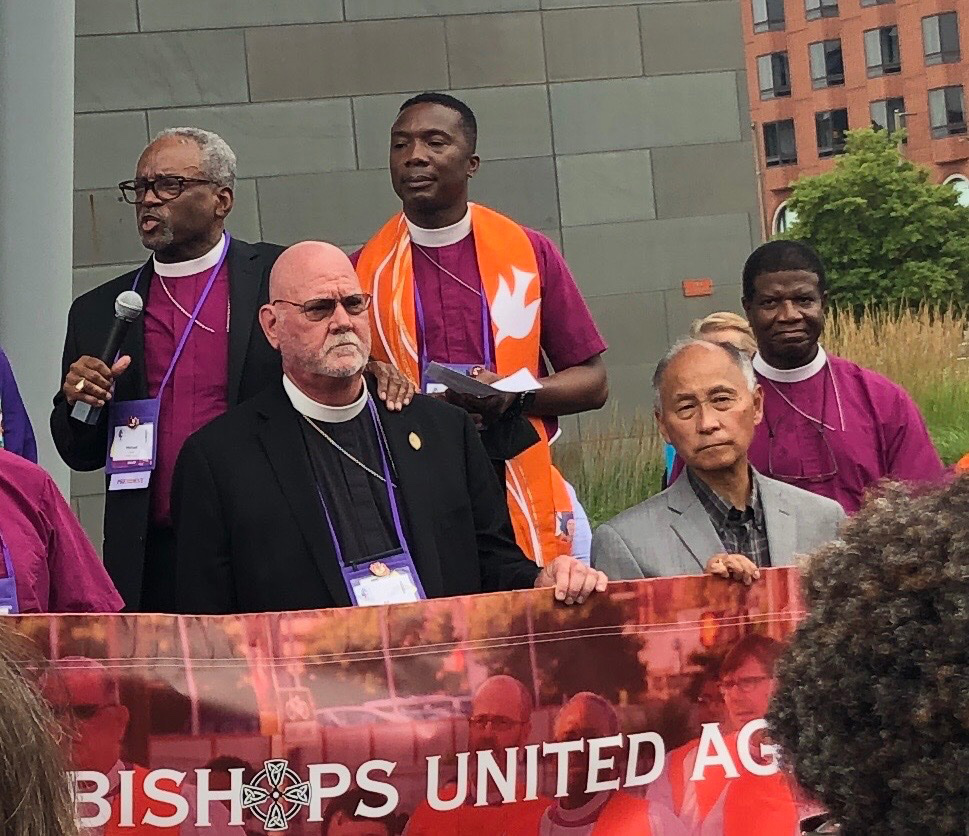