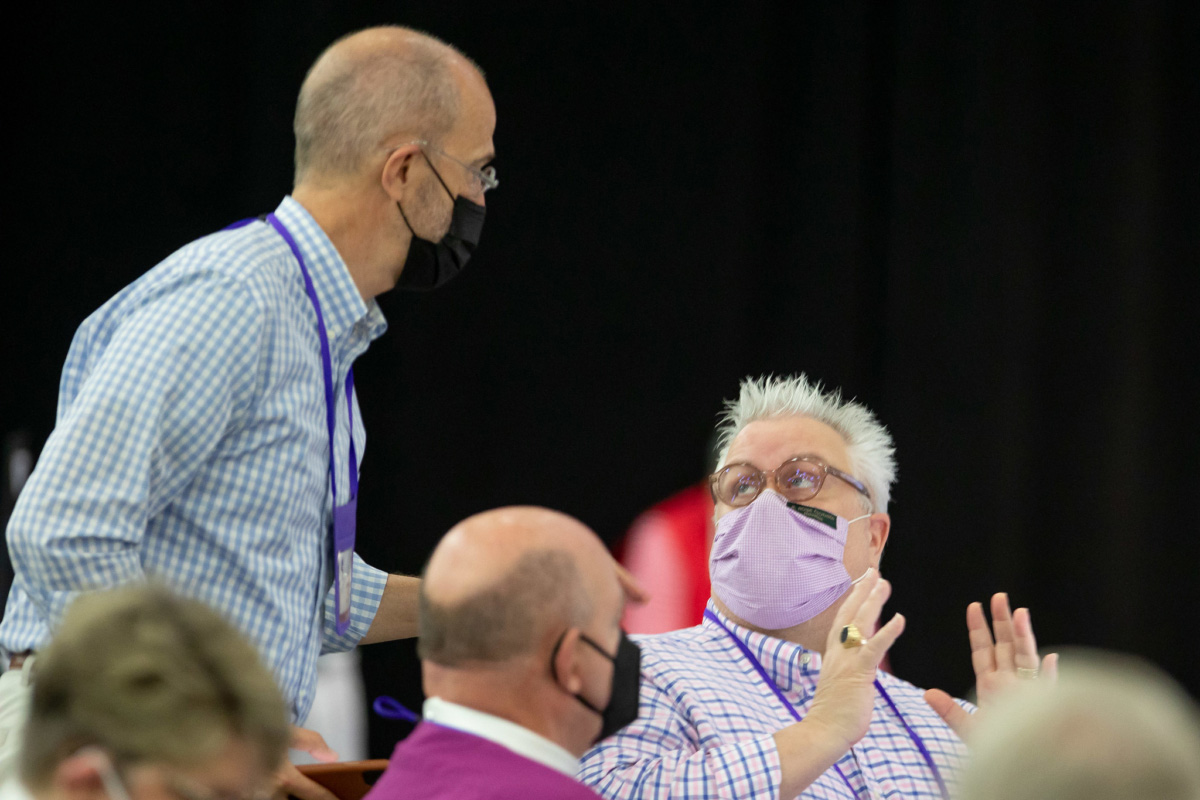 In a four-day General Convention, or even the full-size, eight-day version, every one of us 130 bishops had better not expect to be heard on each of the scores of issues we take up.

Yet we’re all preachers. Temptation ls always lying in wait. Once I got over my fear of approaching the mic at my first House of Bishops meeting in 2017, I resolved to pipe up only if I’d worked on a matter already or a point occurred to me that no one had made yet. It’s a bright group, so the latter doesn’t happen much.

This spring, on the Committee on Social Justice and International Policy, where I was vice chair and the Rt. Rev. Daniel G. P. Gutiérrez chair on the bishops’ side, we’d received a resolution on the Ukraine war that, it seemed to me, posited a moral equivalence between Moscow and Kyiv. During our Zoom hearings, I proposed language, which the committees of deputies and bishops adopted, calling on Russia to cease its aggression and respect the security and autonomy of Ukraine.

On Saturday, when the resolution came to the floor, a colleague suggested restoring the old moral equivalence language, so I spoke up, saying that I felt we could find a way both to identify the aggressor and ask both sides to behave humanely. In true Anglican fashion, bishops approved the resolution with both paragraphs.

Then this afternoon, we got the same resolution back from the House of Deputies that we’d originally proposed, holding Russia clearly accountable. It probably meant deputies passed it on their consent calendar, without discussion. This time it passed the HOB unanimously. Putin will not lose sleep over it. But if anyone wonders what The Episcopal Church in solemn convention thinks about the war in Ukraine, there you have it.

I also rose during a Q&A with the Rt. Rev. Andy Doyle, bishop of Texas, who was, with his usual soft-spoken eloquence, representing a group of bishops who’d fashioned a compromise on revision of “The Book of Common Prayer.” We had run up on the rocks the day before, when some bishops felt we were moving too quickly. Others feared we were in danger of further marginalizing those waiting for new, inclusive liturgies to go mainstream.

I told Andy it felt as though the working group was trying to balance two important values: The need to proceed carefully with revising our beloved 1979 prayer book against the need to honor those who deserve to see authorized, non-prayer book rites as centerpieces of our worship life, especially folks who’ve worked so hard for marriage equity over the years.

I asked if the resolution was the best way to do both. When both Andy and the Rt. Rev. Bonnie Perry of Michigan, who had also worked on the compromise, said “yes,” and Bonnie gave me a fist bump, I knew I’d be voting for it.