The Bishop’s Blog: Heading for Lambeth 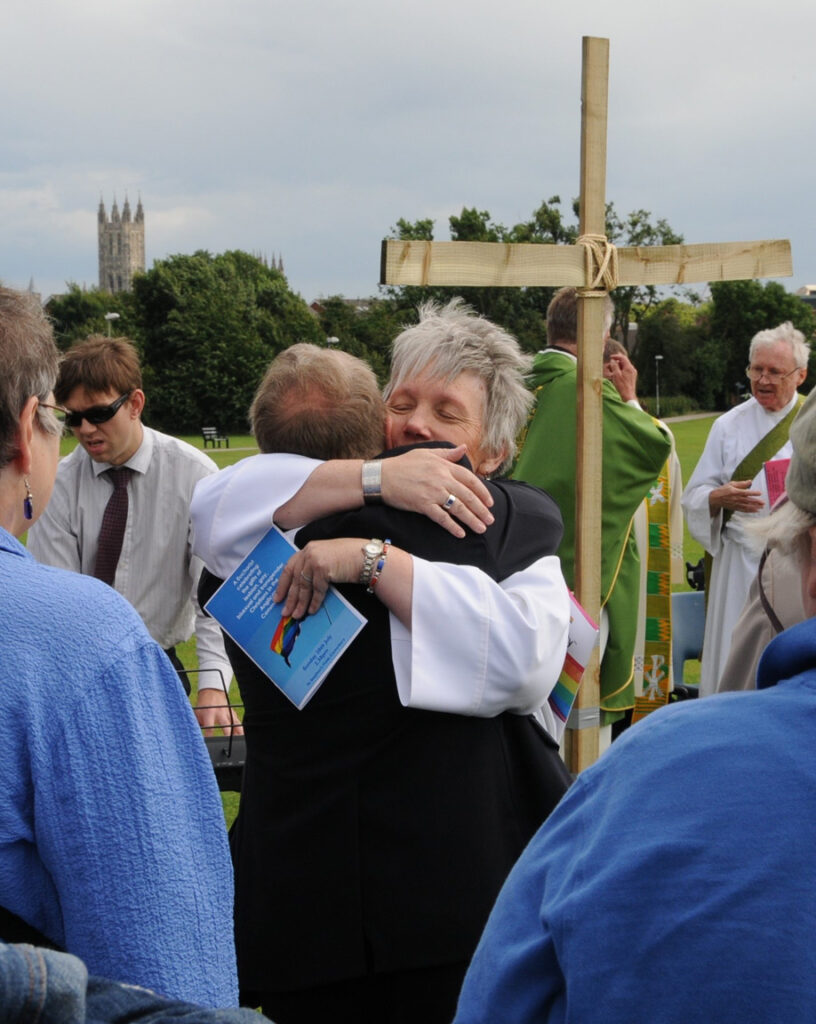 Beginning this week until Sunday, Aug. 7, most of the bishops of The Episcopal Church, including me, will be with Anglican colleagues around the world at the Lambeth conference in England, hosted by the Archbishop of Canterbury.

This will be the 15th conference; the first was in 1867, right after the Civil War. This Wikipedia entry offers a snapshot of each. More scholarly sources abound. The journal “Anglican & Episcopal History,” where the Episcopal Diocese of Los Angeles’ the Rev. Dr. Sheryl Kujawa-Holbrook is book editor, devoted its June issue to Lambeth. But Wikipedia does provide a flavor of how our loosely affiliated global communion has worked its way through issues such as race, contraception and abortion, women’s ordination, and human sexuality.

In 1998, Lambeth bled blue and red as perhaps never before when a majority of Anglican and Episcopal bishops endorsed resolution 1.10, holding that homosexual practice was incompatible with scripture and opposing blessing same-gender unions and the ordination of anyone married to someone of the same gender. Years of rancor followed as stewards of the communion punished The Episcopal Church in an effort to avoid a schism with bishops who favored traditional marriage.

Because he was married to a man, the Rt. Rev. Gene Robinson of New Hampshire was barred from Lambeth in 2008. He’s shown (above left) passing the peace with our own the Rev. Canon Susan Russell during a Holy Eucharist service offered on a hillside with Canterbury Cathedral in the distance. Other friends who were allowed inside the sacred walls report being told by organizers not to be so obvious about their orientation lest they alarm or somehow endanger those in more conservative communion climes. These are moments of indignity and infamy that must make Jesus weep.

Yet though times have changed, spouses of gay and lesbian bishops are barred from Lambeth 2022, and resolution 1.10 is still on the books. As Episcopal bishops prepared to go to Lambeth first in 2020, when the germ kept us away, and then this week, few if any gave serious consideration to trying to repeal it. Since a majority of the world’s bishops almost certainly would block it, we’d just be burning more bridges and missing opportunities to find common ground on climate change, refugees, human trafficking, ecumenical and interfaith relations, and other urgent issues. So we have been planning for over a year to arrive in Canterbury with listening and reconciling hearts.

Which is why it came as such a surprise last week that conference planners decided to return to 1.10 at this year’s conference. A canny bishop or convention planner who favored traditional marriage, and knew LGBTQ+ advocates weren’t planning to bring it up themselves, would’ve left the issue alone. Assuming the next conference is in 2032, they could have taken satisfaction that 1.10 was likely to stand for over a third of a century.

Make no mistake: That’s a distasteful prospect wherever the rights and safety of LGBTQ+ folks are up for grabs, as they are in the United States, and whenever people of Christian faith seek to proclaim the true gospel of our God in Christ, who conceived of humanity in its glorious diversity of race, orientation, and identification. We worry about those at risk in societies where faith leaders reinforce homophobic and transphobic government policies. We’re afraid of yet another story about Anglicans opposed to marriage equity, which could convince yet more young people, who have by and large done their work on this issue, that religious institutions aren’t for them.

With all that, your Episco-Pals had no intention of marching the uphill road of repeal to Canterbury. In retrospect, perhaps we were too accommodating. As for convention planners, did they bring 1.10 up again because their consciences demanded it? Or do some folks feel that The Episcopal Church and its LGBTQ+-friendly partners deserve another slap on the wrist?

Whatever the reason, the secular media being what they are, with a DNA-deep disposition toward religious arguments about sexuality, this is likely to be the main story out of Lambeth. In our original spirit of empathetic listening, I look forward to learning who thought that was a good idea.

In a minute, it will be a good idea to get to the gate at LAX for my flight to Heathrow. Thanks to a bit of good news, my step will be a little lighter. Word comes from Canon Russell, who has got the L.A. Lambeth desk covered, Archbishop of Canterbury Justin Welby, in response to criticism of how the conference has handled 1.10, has announced a significant change in the way we’ll vote on all the issues we’ll take up during the conference. Before, our choices were basically “yes” and “needs more discernment.” We’ll now be permitted to vote “no.” Perhaps it’s me, but I hear a whisper of hope from the Holy Spirit. If planners wanted to have the 1.10 debate, they should have let us know months ago so we could consult with one another and the folks in our dioceses. But this important modification may bear fruit.

Episcopal bishops will meet in Canterbury on Wednesday to take counsel with one another and get guidance from Presiding Bishop Michael B. Curry. My hope is that we’ll go into our Bible study, policy discussion, and plenary groups not trying to change minds but praying for the grace to model and mediate God’s open, abundant heart. More experienced Anglican Communion hands would have to say how many bishops around the world have tended to take a traditional view of marriage while beholding all the ways people love and take care of one another and wondering what God ultimately has in mind. But when we invite Jesus into every room, all things are possible. And if a majority of bishops vote “no” or “more discernment needed” on 1.10, and a minority vote “yes” — well, I like that headline a lot better.