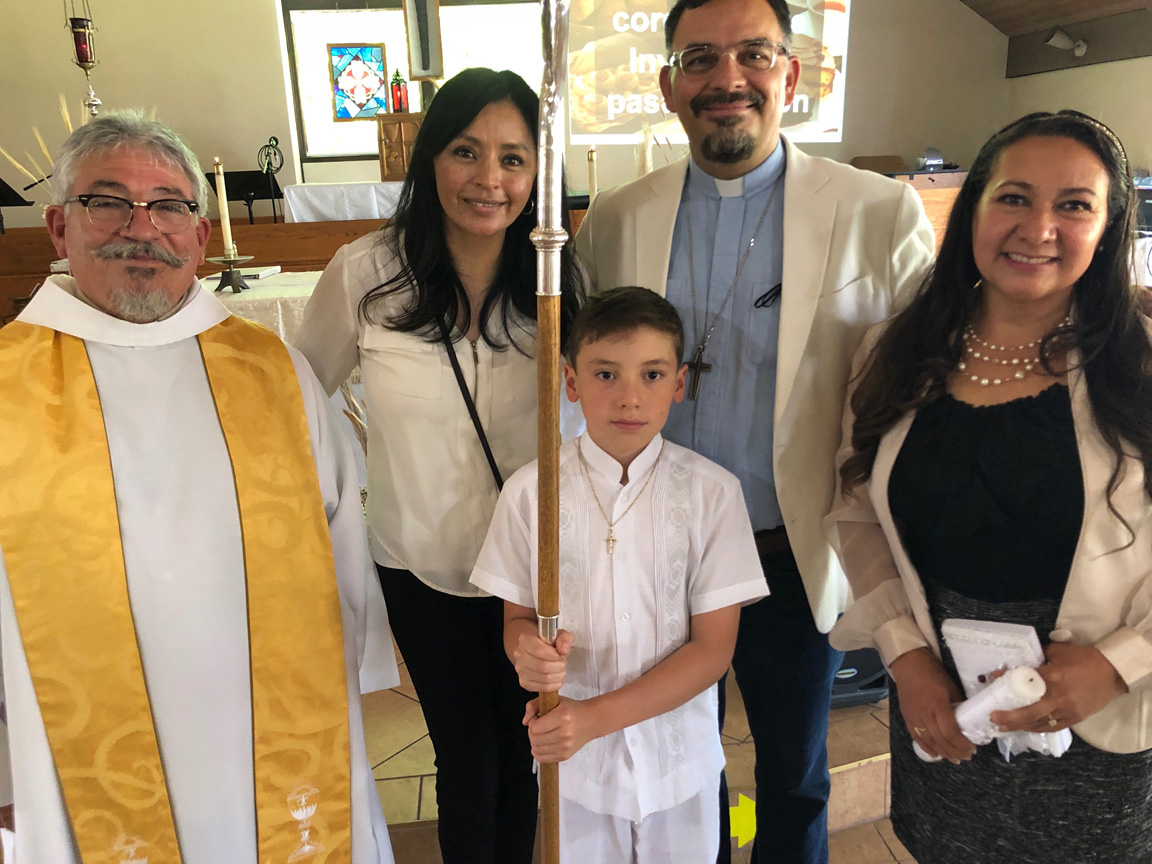 A nine-day-old baby, Catalina, brought to the temple to be received.

A peppy meeting before church with Bishop’s Committee members, the senior warden, and the Rev. Roberto Limatu, Emmanuel’s devoted vicar, when they sent me back to St. Paul’s Commons, Echo Park with three good questions about ways we can better support this vital mission church in the heart of the Episcopal Diocese of Los Angeles.

All in all, it was quite a Sunday! I was along to preach and celebrate and mediate the Holy Spirit’s work at confirmation time. The music was glorious. Fr. Roberto and his colleagues project the Spanish-language liturgy on screens with beautiful graphics, which saves paper and trees without being disruptive. Folks from Mexico, Honduras, Nicaragua, El Salvador, and Guatemala, sharing in praise of our God in Christ, leadership, and service.

Arriving in time for lunch from their duties at Iglesia Episcopal de La Magdalena in Glendale were Yanci and the Rev. Canon Roberto Martinez, godparents of Immanuel, 9, son of Fr. Roberto Limatu and his spouse, Sandra. Immanuel was confirmed Sunday. At the close of the service, he gave a speech in two languages and presented me with a beautiful statue of our Lord.

Such strong bonds of affection in this family, among one another and in Christ’s Church. Son of a bishop suffragan in Mexico, Roberto Martinez was playing guitar in Fr. Roberto’s parish in Mexico when the priest introduced him to Yanci, his fellow fourth generation Anglican. Their two daughters, now launched as digital marketing experts, are regularly in church in Glendale.

It will be hard not to keep our collective eye on Immanuel to see what the Holy Spirit has in store. The force was strong with this one from the beginning. Roberto told me he and Sandra fixed on his name weeks before they were called to serve as his namesake church. God with us indeed. 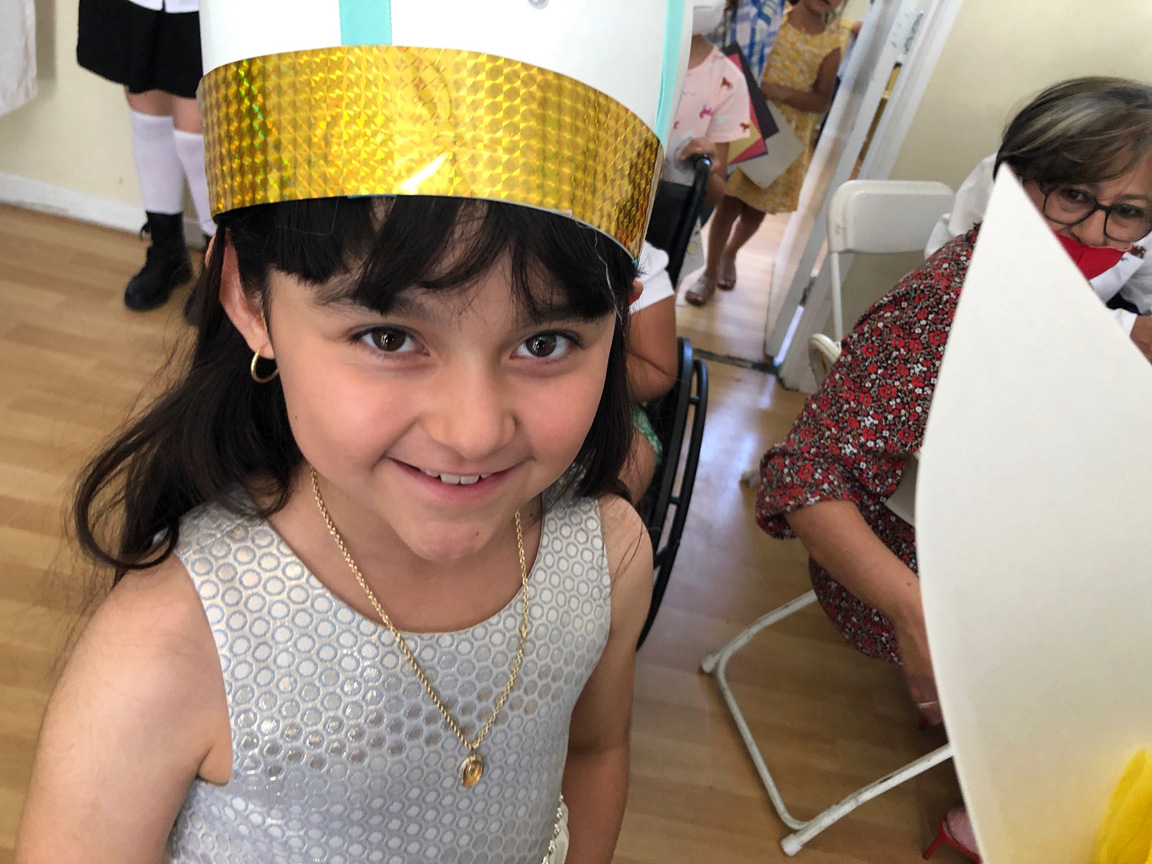 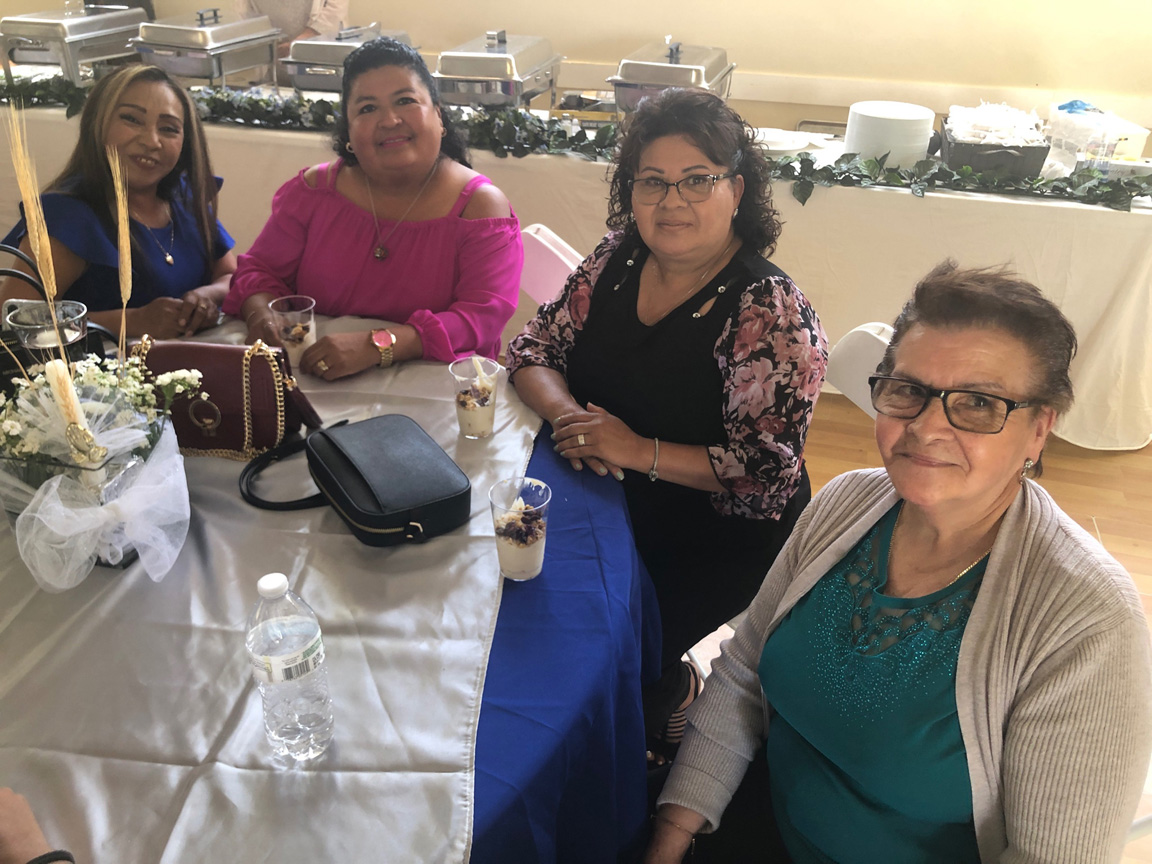 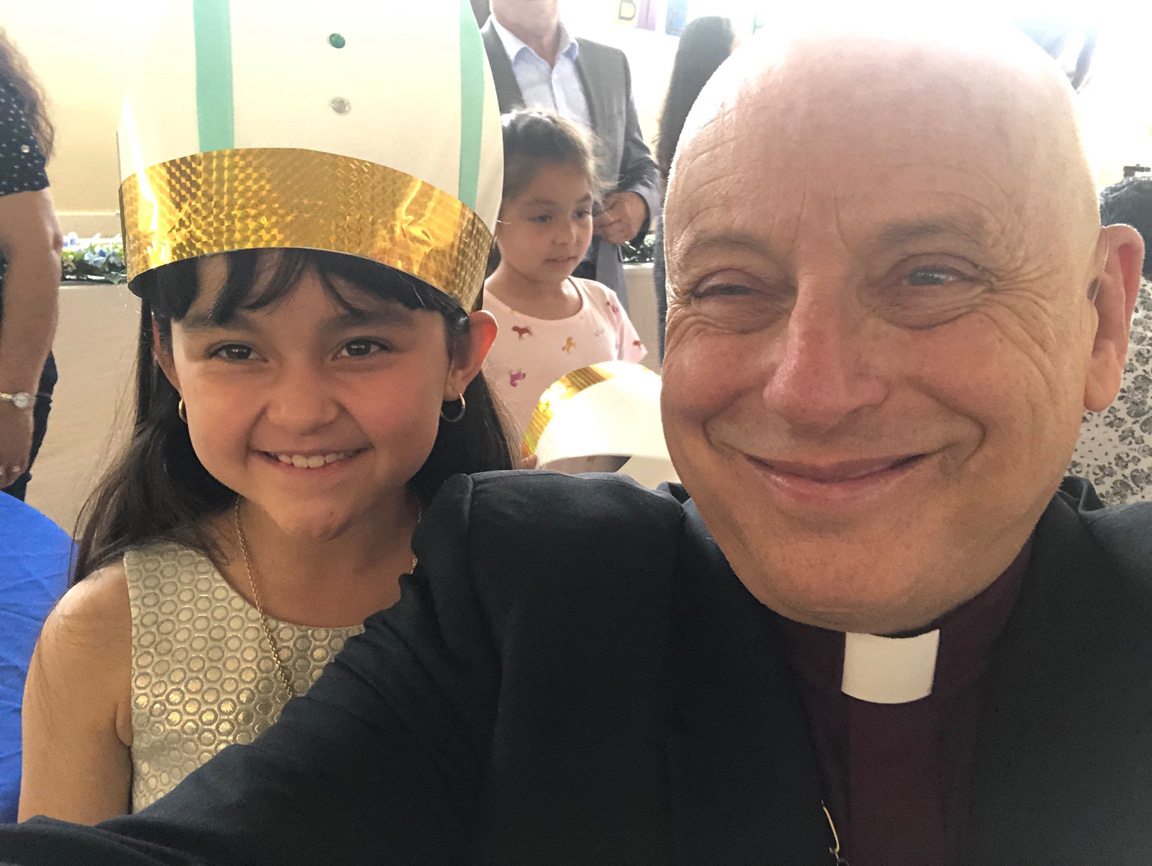 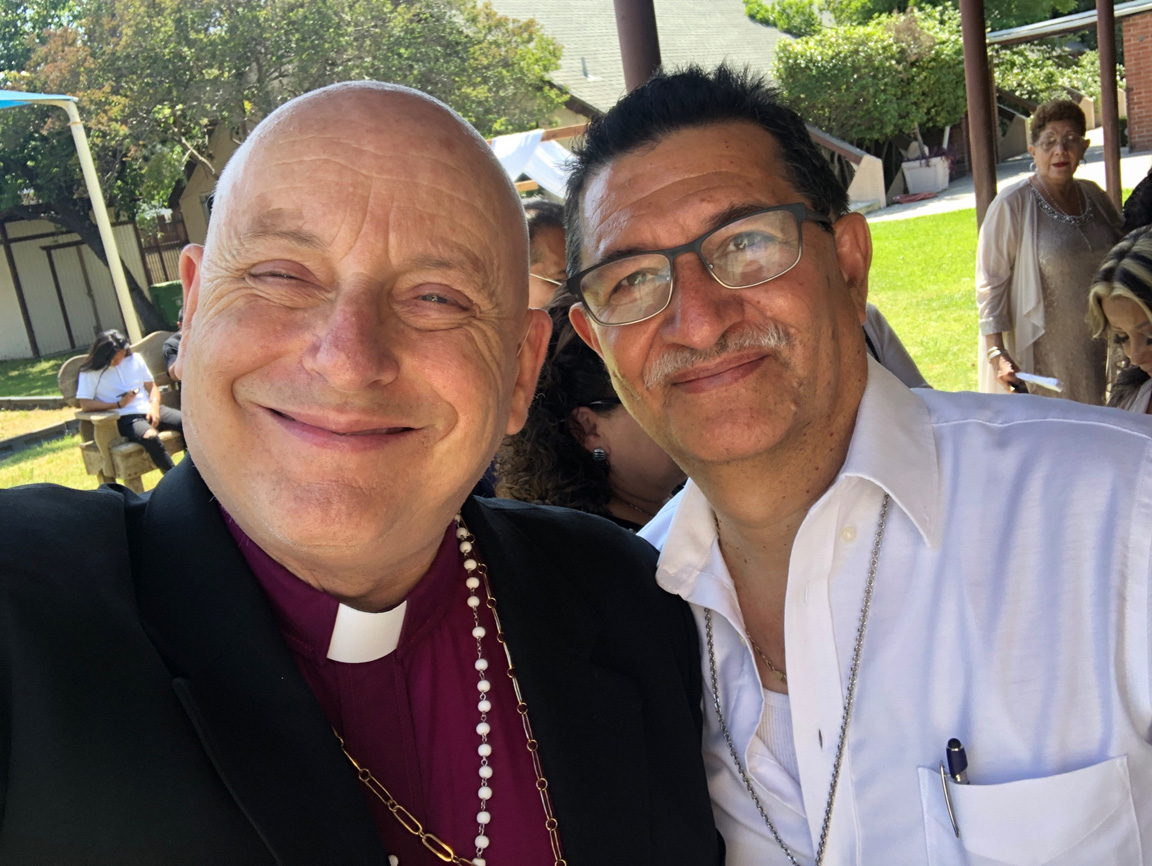 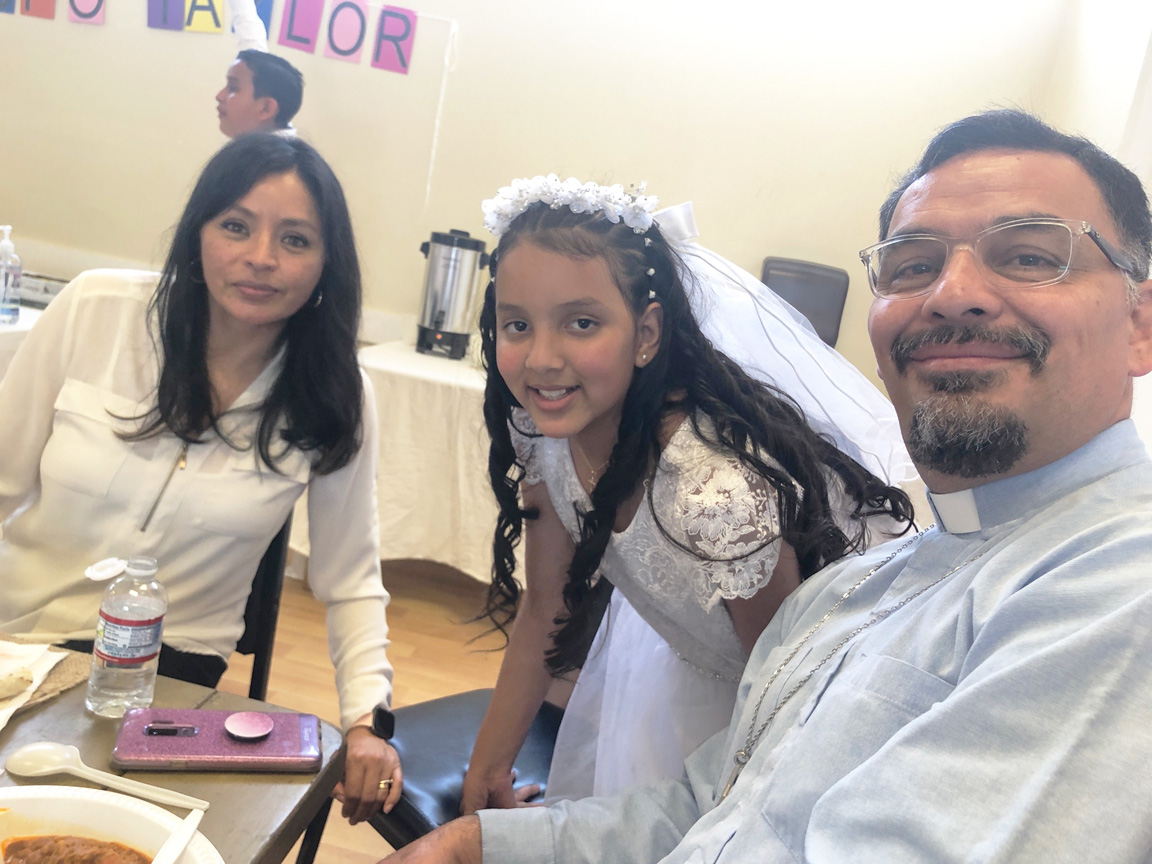 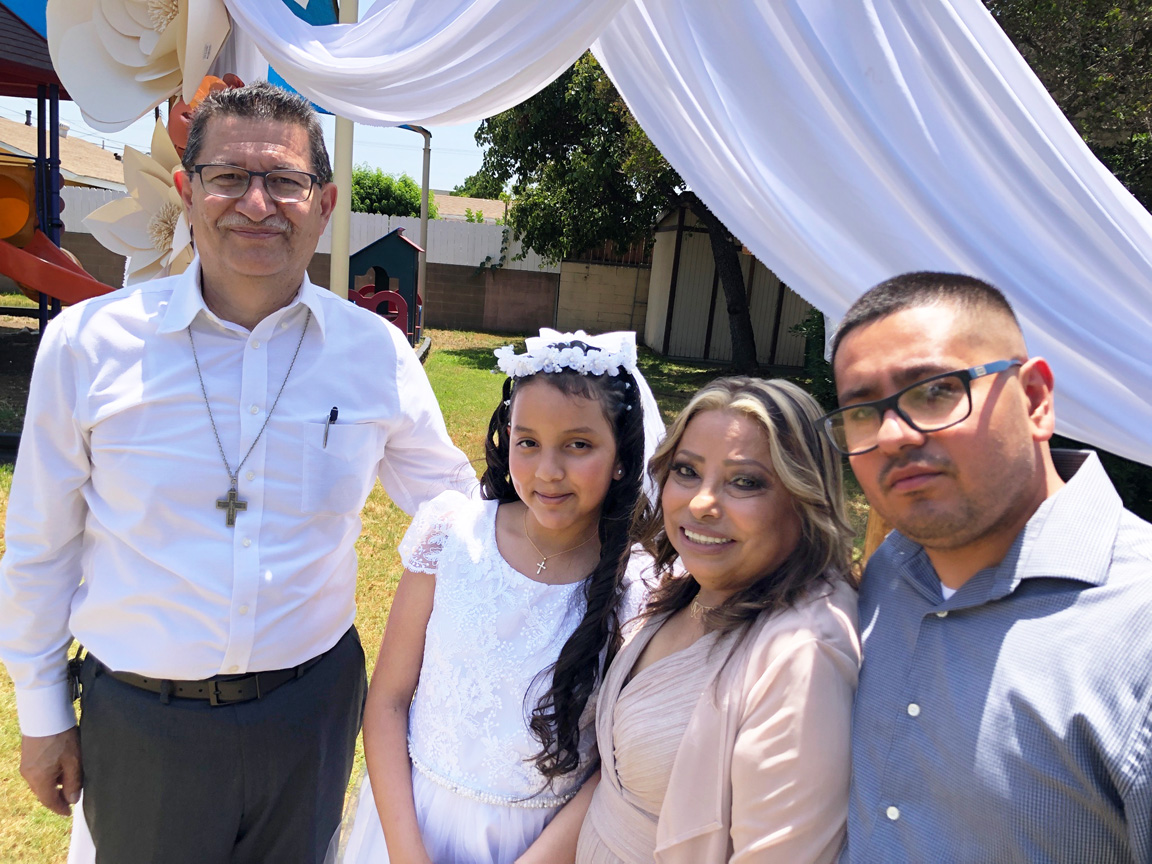 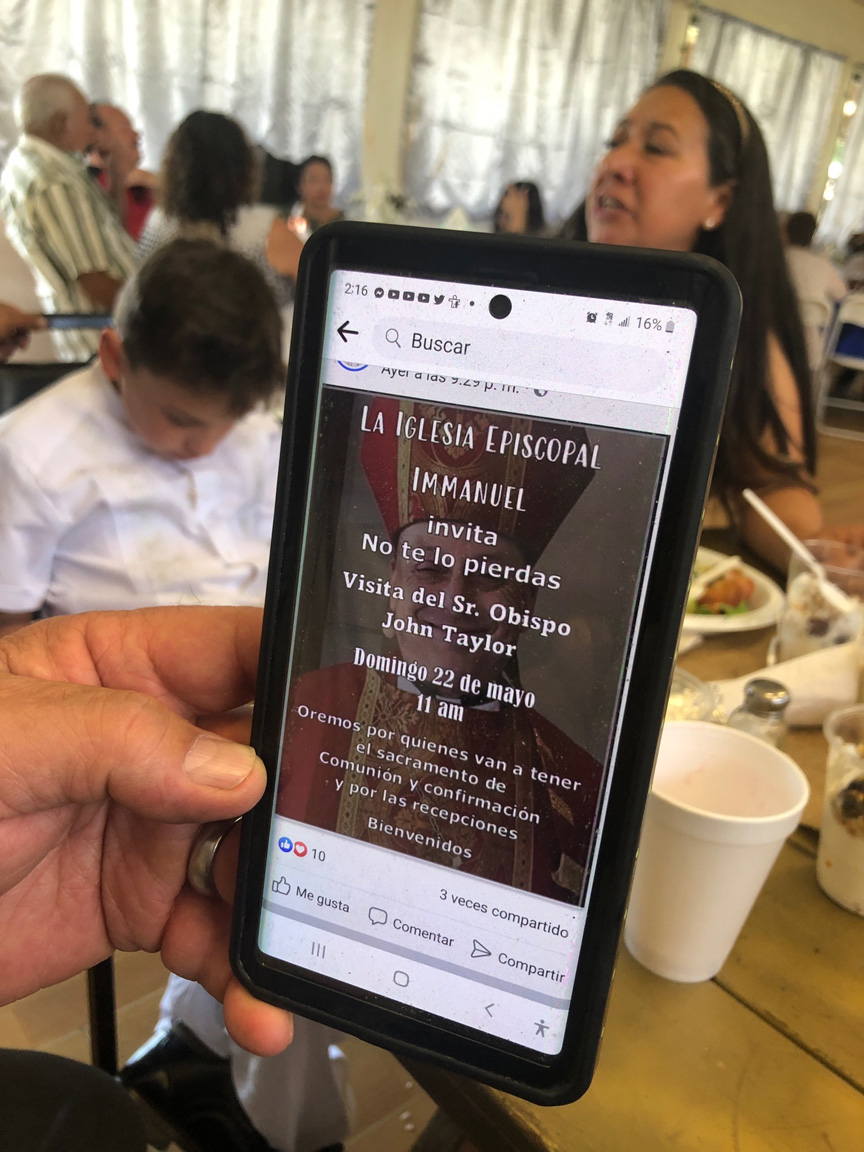 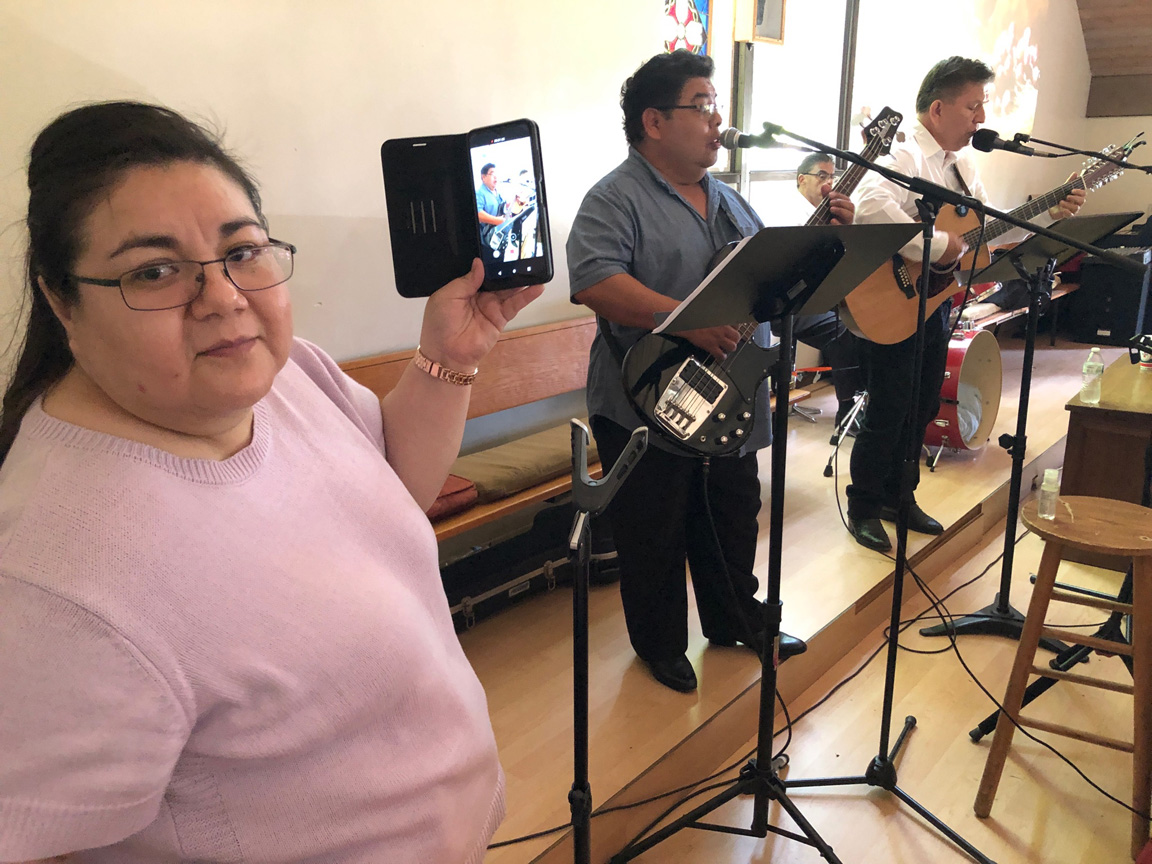 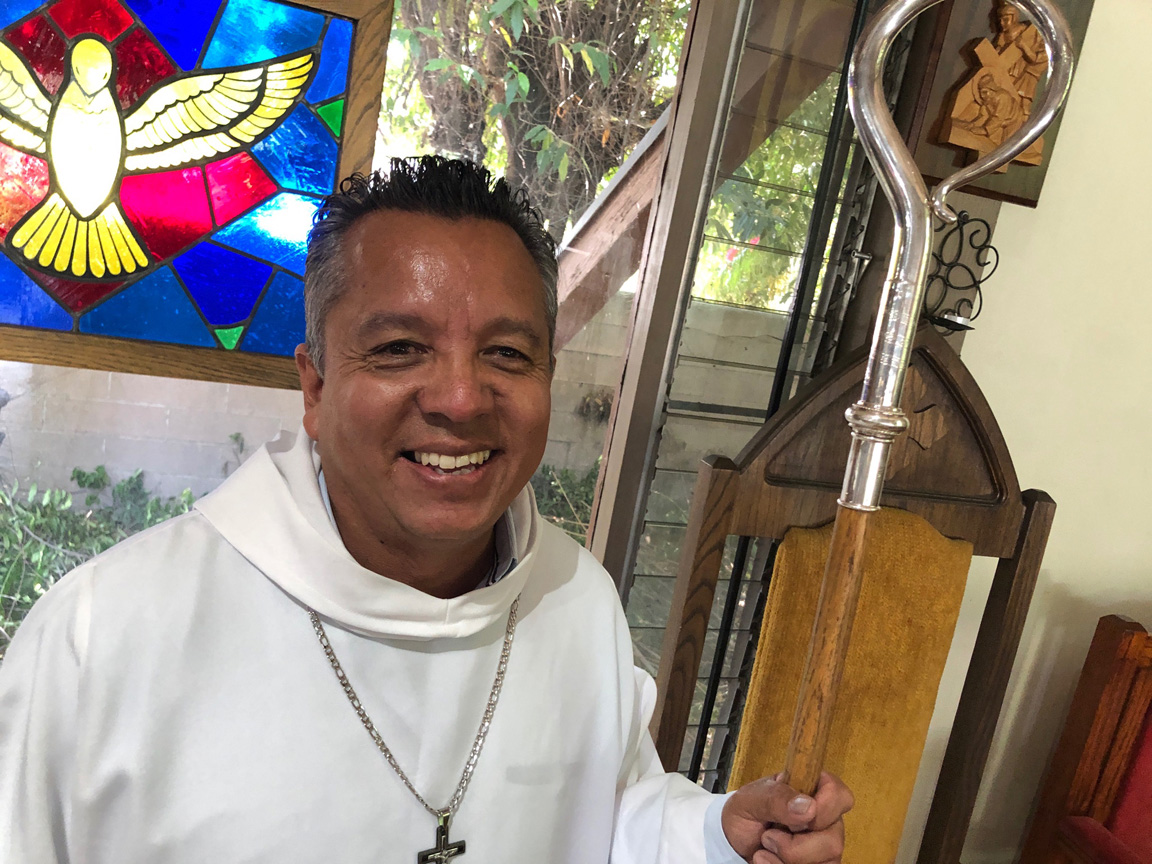 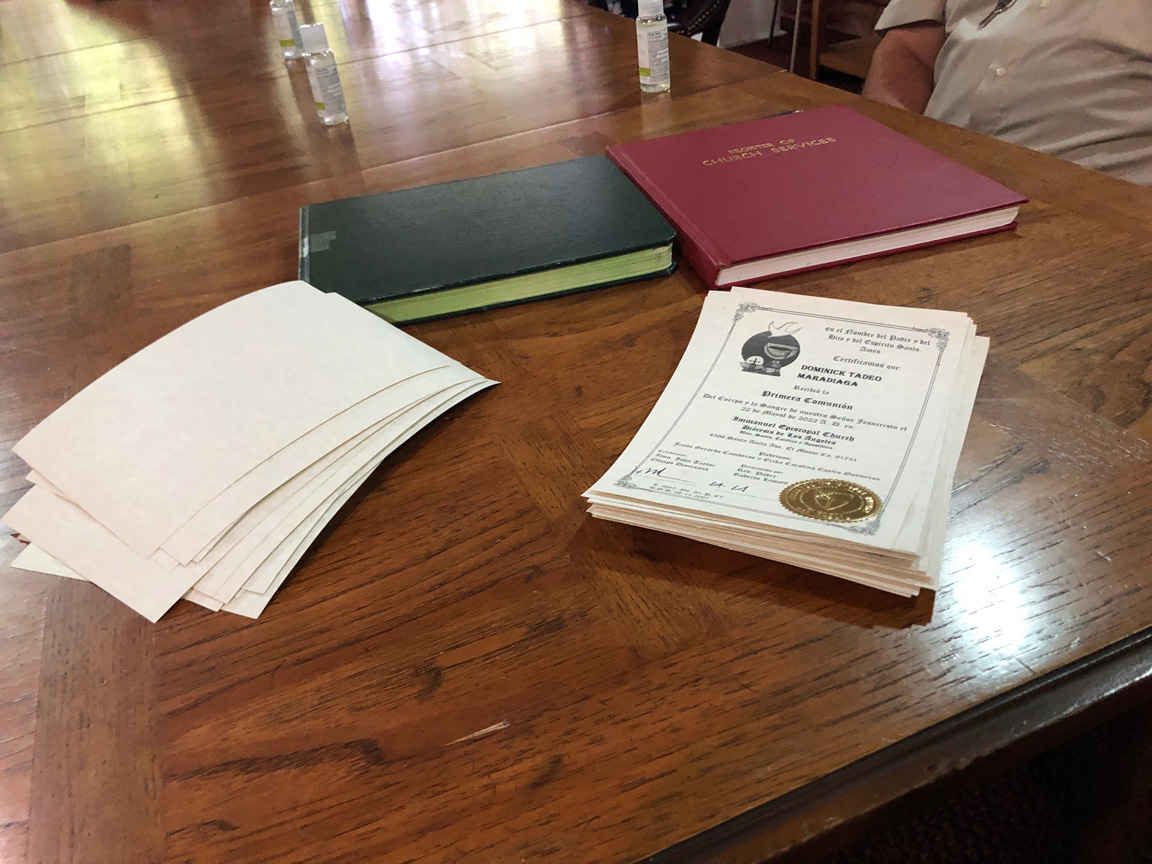 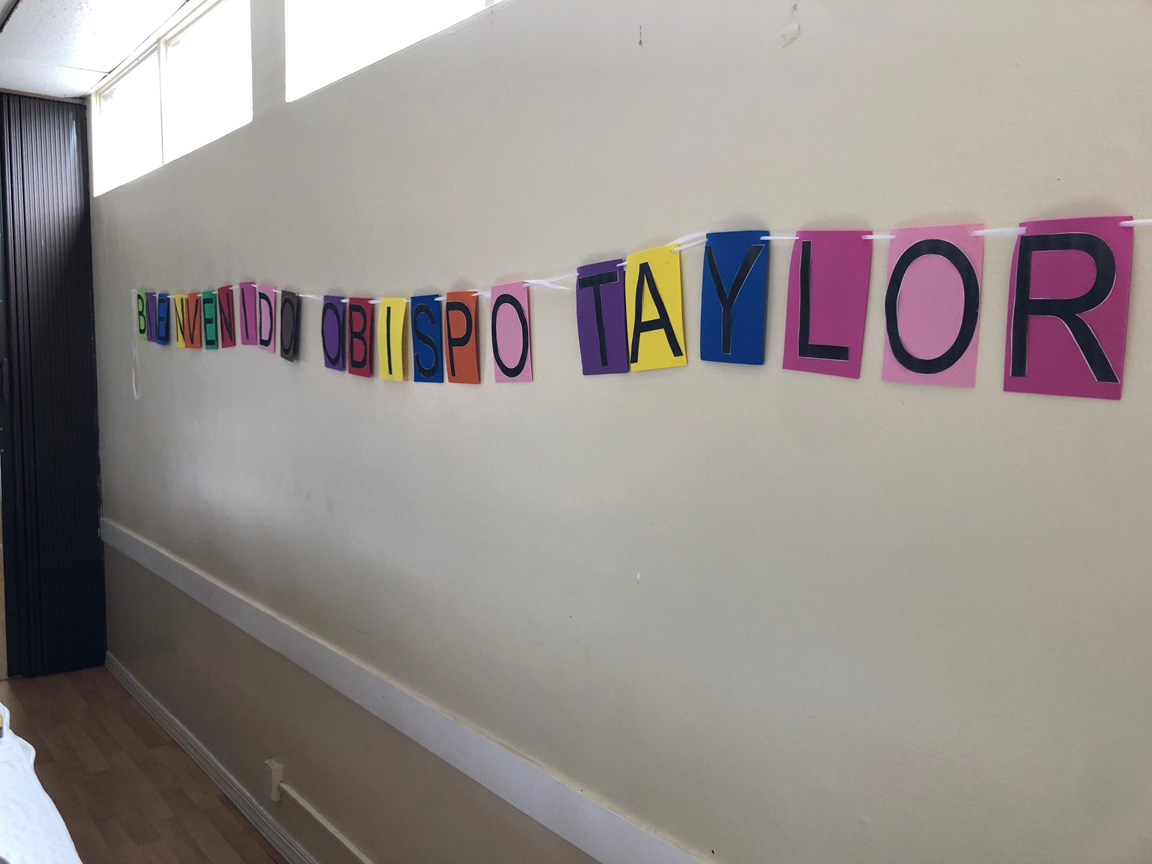 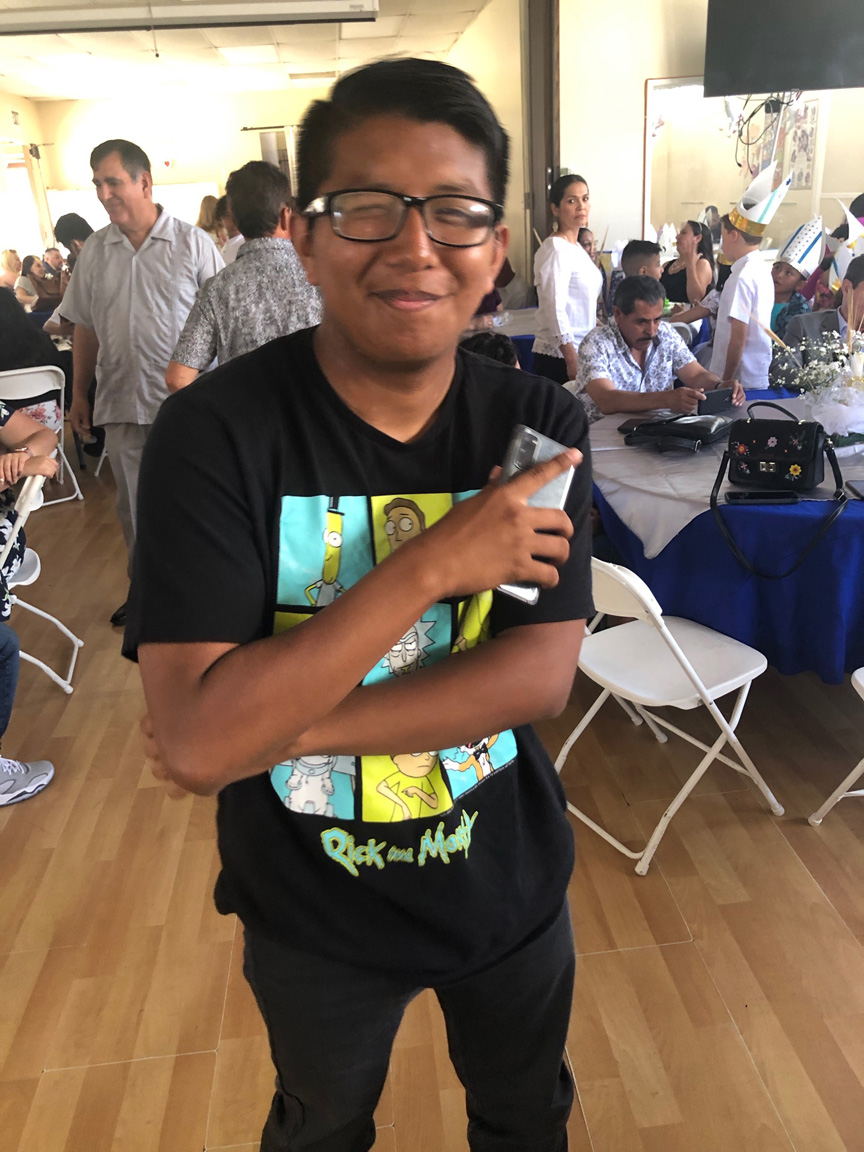 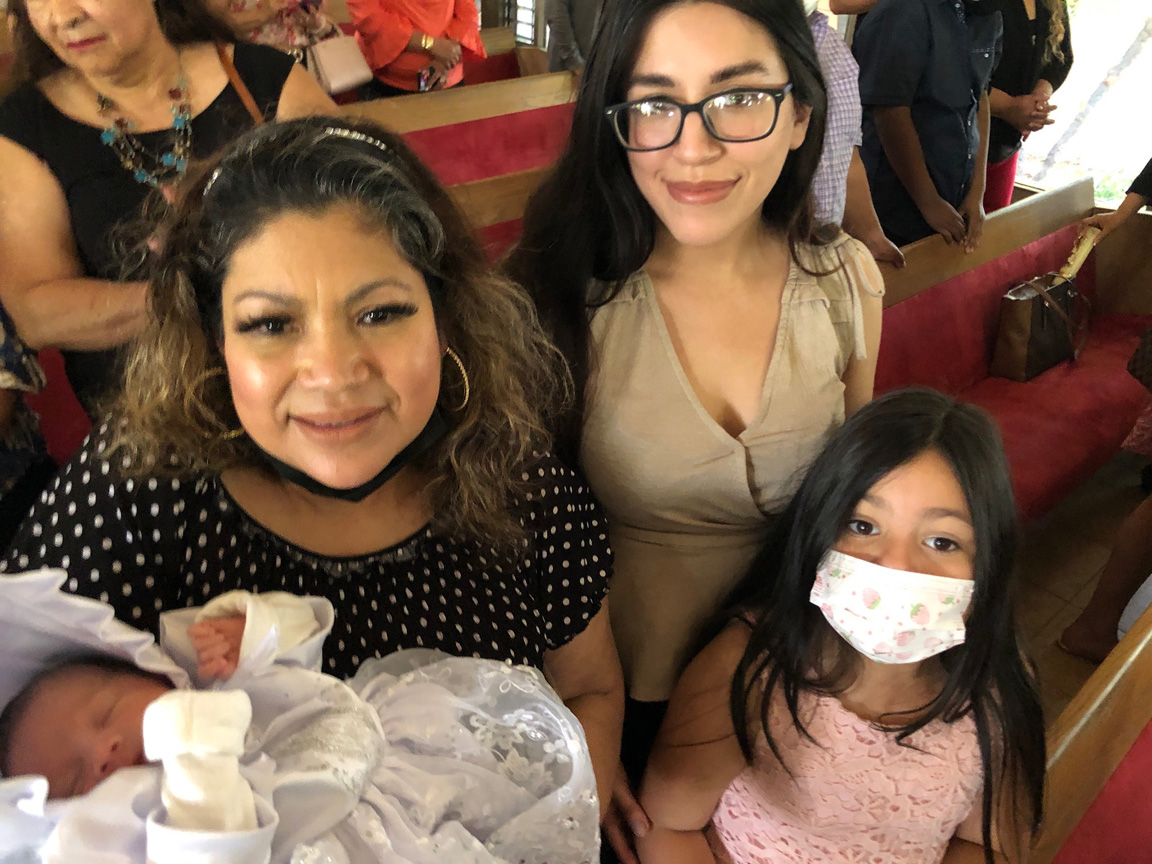 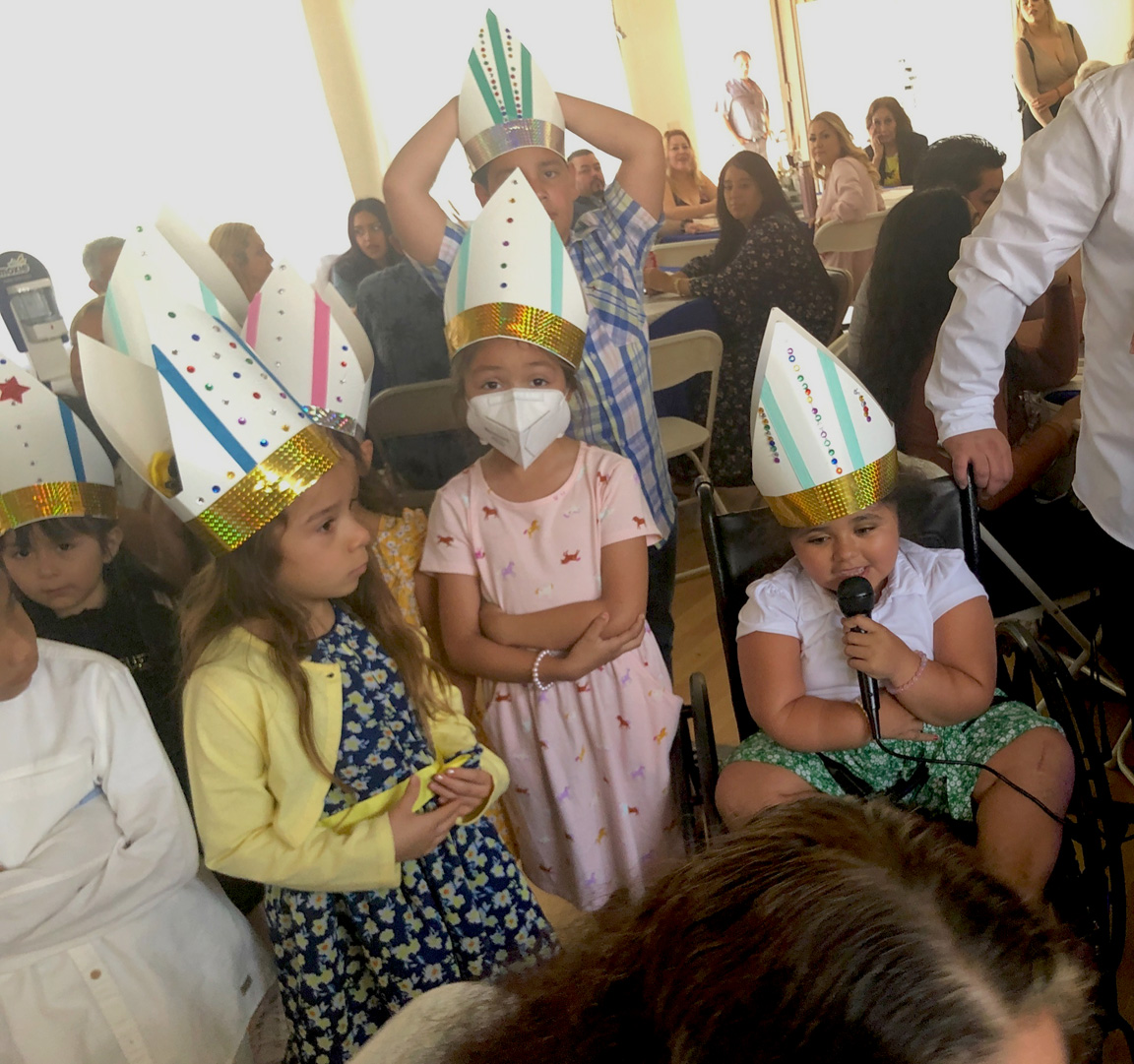 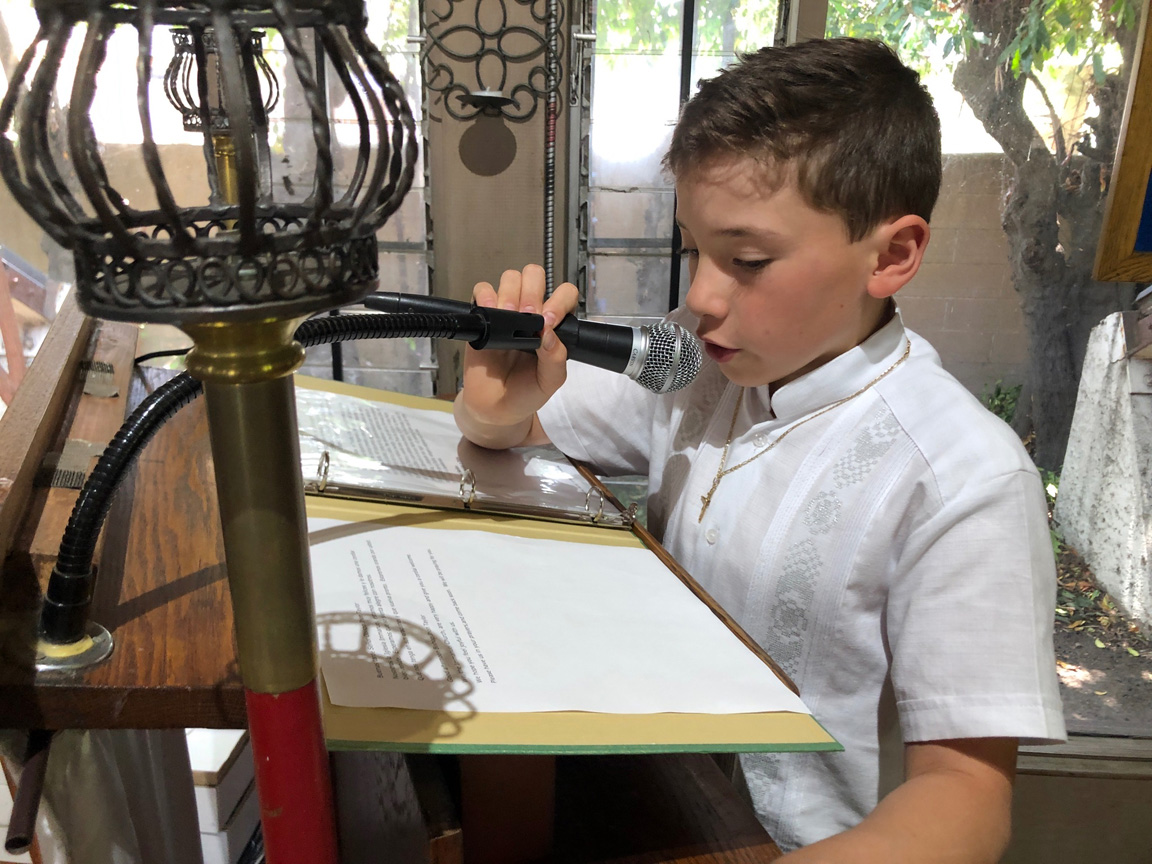 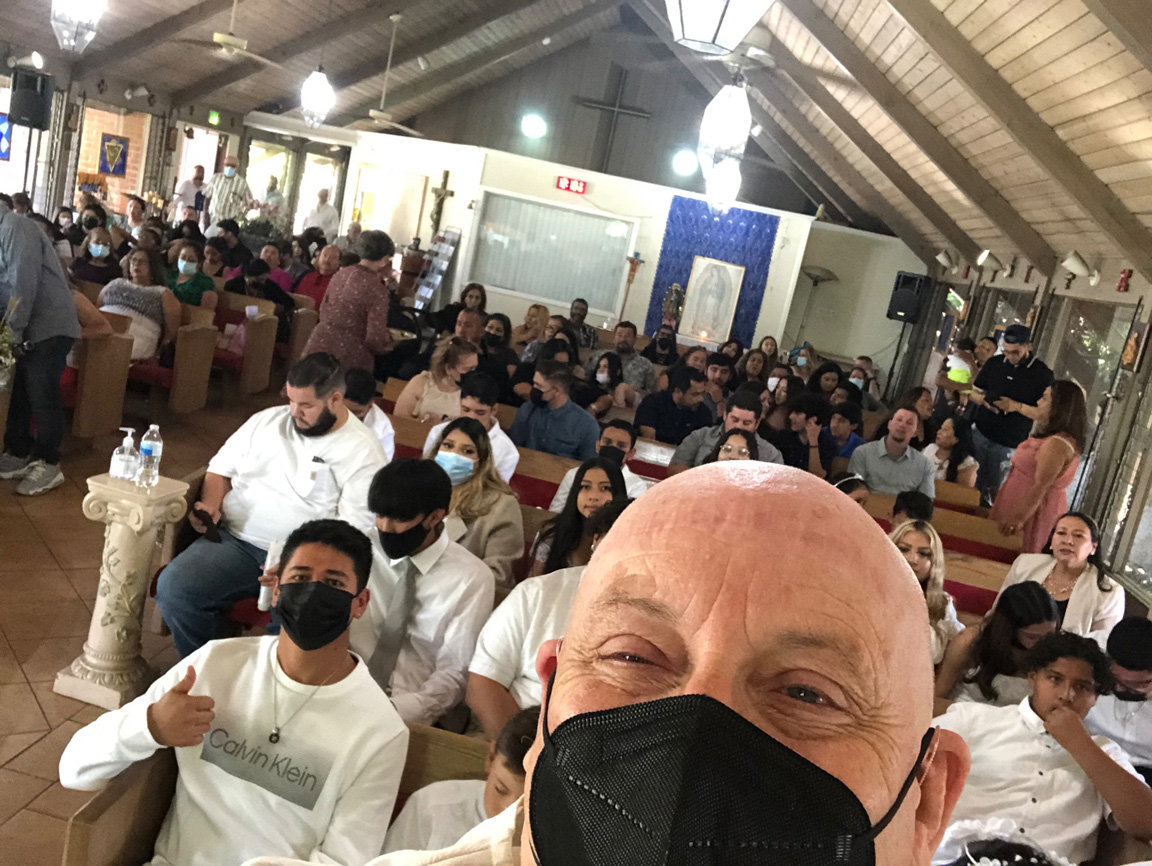 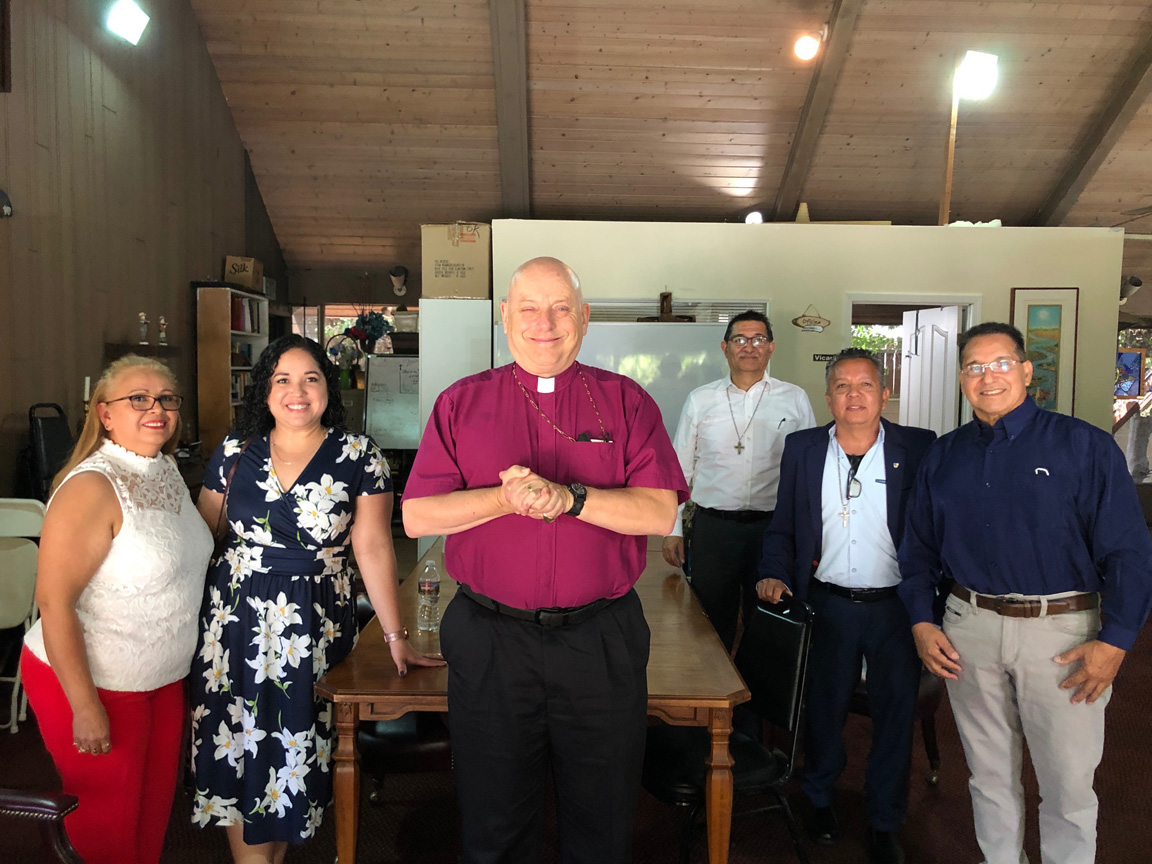