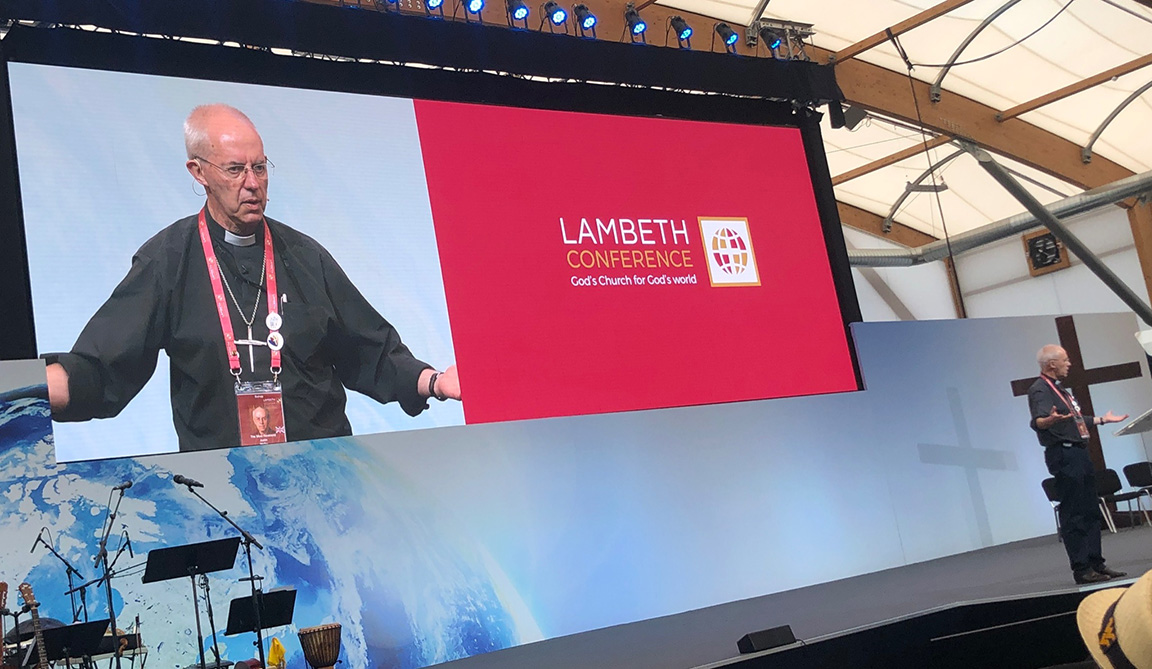 All week at The Lambeth Conference, where bishops from 165 countries are gathered, warm summer breezes have unfurled rainbow flags that students lofted over our University of Kent headquarters as signs of welcome.

This afternoon, the Holy Spirit’s warm breath came fully among us and swept almost 650 bishops to our feet to pray together, to be the body of Christ in unity. It happened right after the Archbishop of Canterbury, Justin Welby, had stated yet again that we are of two minds on marriage equity, pro and con, with each perspective rooted in sincerely held beliefs about doctrine and Holy Scripture.

He had again quoted from the Lambeth Calls document on Human Dignity. And tonight, that document gives every impression of having been adopted at this conference. When the presider asked us to stand, there was no question about whether we were being asked to assent to the text. And so we did. Yes indeed, so we did.

And yet after a week of escalating tension, not one bishop left, as far as I know. Sitting in front, I couldn’t see the whole room. Colleagues told me a few bishops stayed seated. They may have been critics. They may also have been parliamentarians with whiplash. United States experts on consistency and predictability in electoral matters had better not waste their time studying process at Lambeth 2022.

Stay with that scheme, then? It had worked well twice, after all, right? No way. That’s just what they’d expect us to do! Instead, on Monday, when we took up a call on Anglican identity, the presiders took the ayes, nays, and maybes on each of the four sections. If the votes had been close, we’d probably have asked for the clickers again. Thankfully, we managed to make ourselves reasonably clear, sending most of the document back to the editors while agreeing to study whether to have an Anglican Congress sometime in the next ten years.

And then came no-vote Tuesday and our entry into the Valhalla of procedural genius. Our morning call was an elegantly written and urgently needed statement on reconciliation, from the fine hand of the Rt. Rev. Ian Douglas of Connecticut and colleagues. How did we vote? As a matter of fact, we didn’t. After brief discussion reports from a few tables, planners said it was going forward by immaculate election to wherever Lambeth Calls go, to be implemented by various Anglican bodies.

With that precedent set, we turned to Human Dignity this afternoon, including the salutary revised language on marriage equity in section 2.3. Welby took the stage and set the table, as captured here by David Paulsen at Episcopal News Service.

Weighing each careful word, putting the full weight of his authority and palpable faith in Jesus Christ into play, Welby laid out a buffet with something for everyone. To reassure Global South bishops, he repeated that there was no question that resolution I.10 from Lambeth 1998, condemning homosexual behavior, was still on the books. Supporters of marriage equity can avert their eyes from I.10’s hurtful words (which a majority of bishops would probably still support) and behold section 2.3 in the call document, recognizing the diligence and sincerity of provinces that respect marriage equity (the first such Anglican Communion document ever, says Presiding Bishop Michael B. Curry).

And Welby also said this: “I neither have nor do I seek the authority to discipline or exclude a church of the Anglican Communion. I will not do so.” Here ends, one assumes, The Episcopal Church’s and other progressive provinces’ near-generation in the wilderness as punishment for the apostasy of full inclusion for LGBTQ+ people. Taken all together, it was enough to send Human Dignity forward.

No one thinks the communion’s debates about orientation and identification are over. Global South bishops are seeking signatures on a statement reaffirming resolution I.10. Many bishops, including me, signed a statement today in which we vow to support and defend LGBTQ+ people.

But the Anglican world has shifted on its axis tonight. Welby’s profound empathy, his resolve to see and hear everyone, were indispensable factors. He has a vision of our global church as chaplain to a world in agony, and he knows it can’t happen if we’re fighting with one another. He knew we could do it, and we did.

As for how it felt this afternoon, words very nearly fail. I haven’t written much about the moment I was consecrated in July 2017. Kneeling and praying, I thought about my parents, godfather, and Anglican grandparents. I felt all those bishops’ hands on my head and shoulders, I felt the real presence of our God in Christ, and I sobbed, hard enough for my shoulders to shake and those hands to push back reassuringly.

That’s how it felt today. I haven’t fought for this day the way thousands of prophets of justice and mercy have done. Though I’d have fretted for the sake of people I love, I wouldn’t have lost anything personally if it had gone the other way. And yet by grace even I experienced the God who is alive and infinitely patient with us, waiting at long last for us to come one by one, in twos and threes and six hundred and fifties, waiting for us to stop insisting on our own way long enough to come into God’s courts with praise and finally to know the heart of love burning at the center of all things. 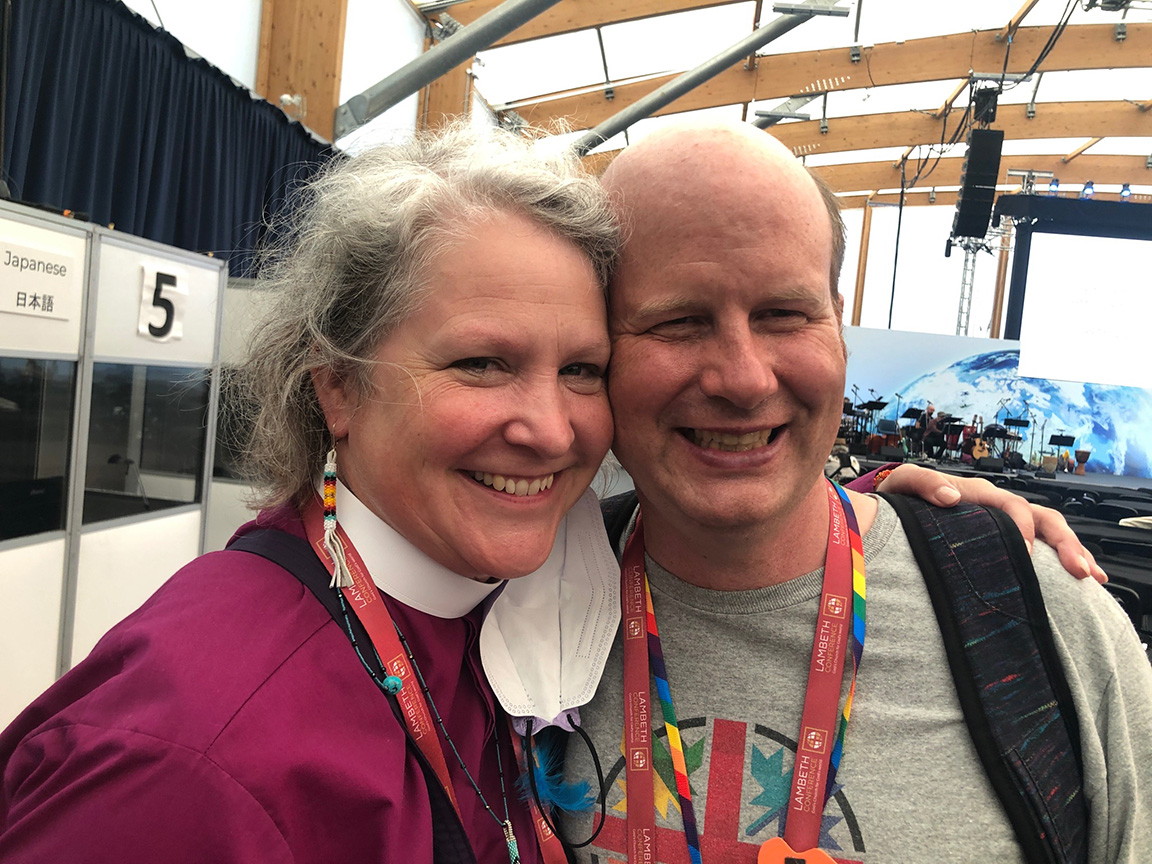 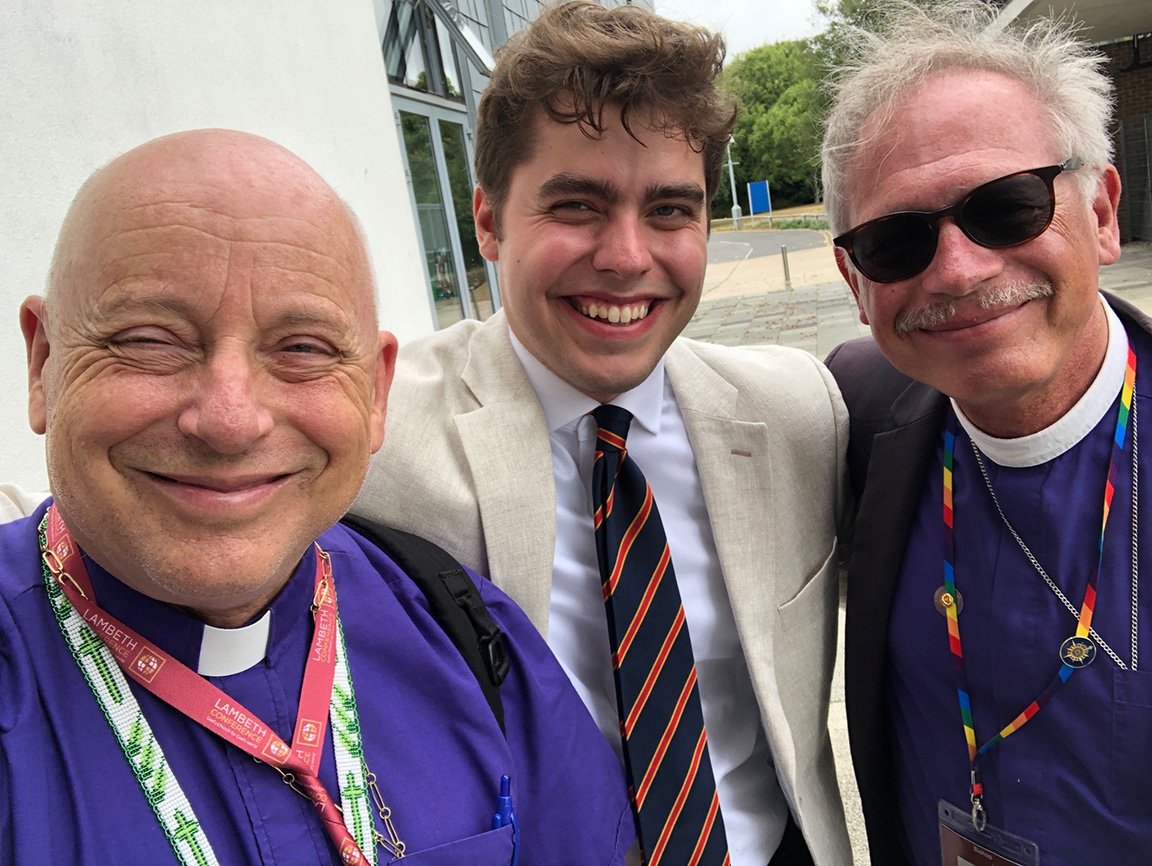 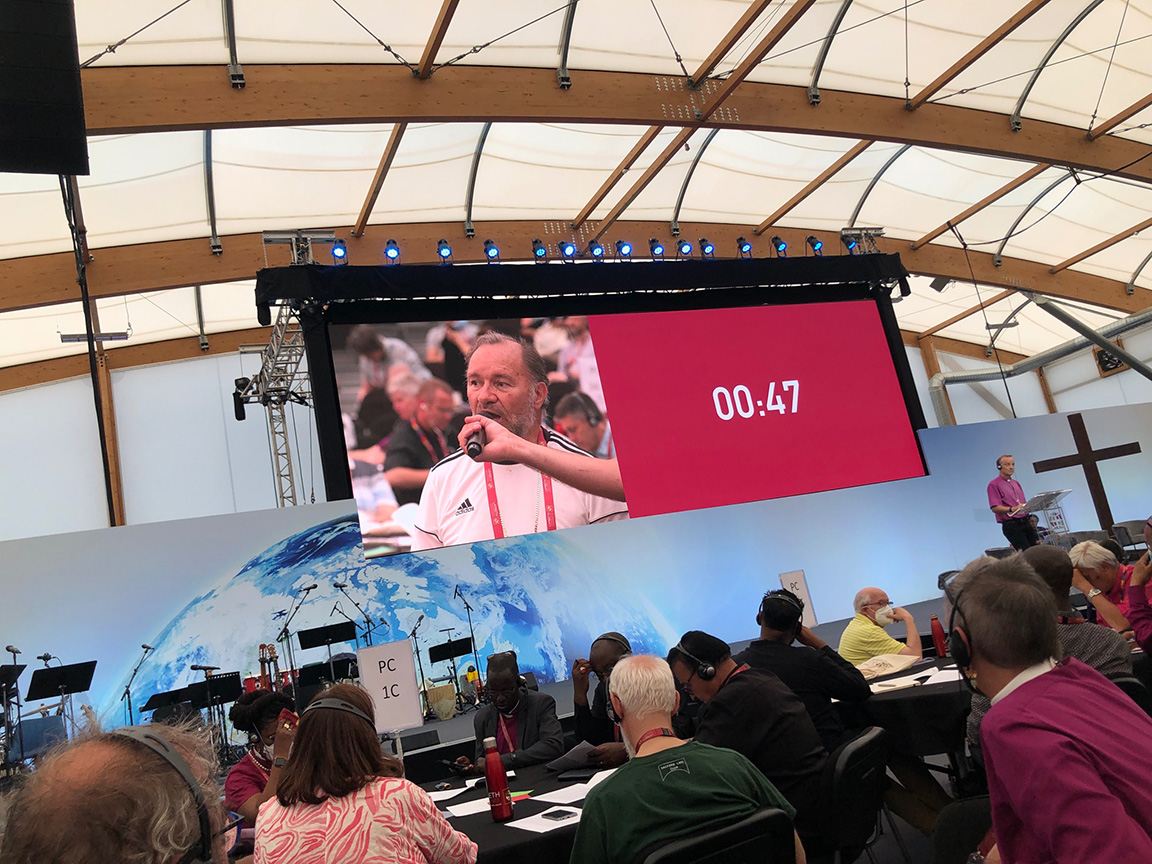 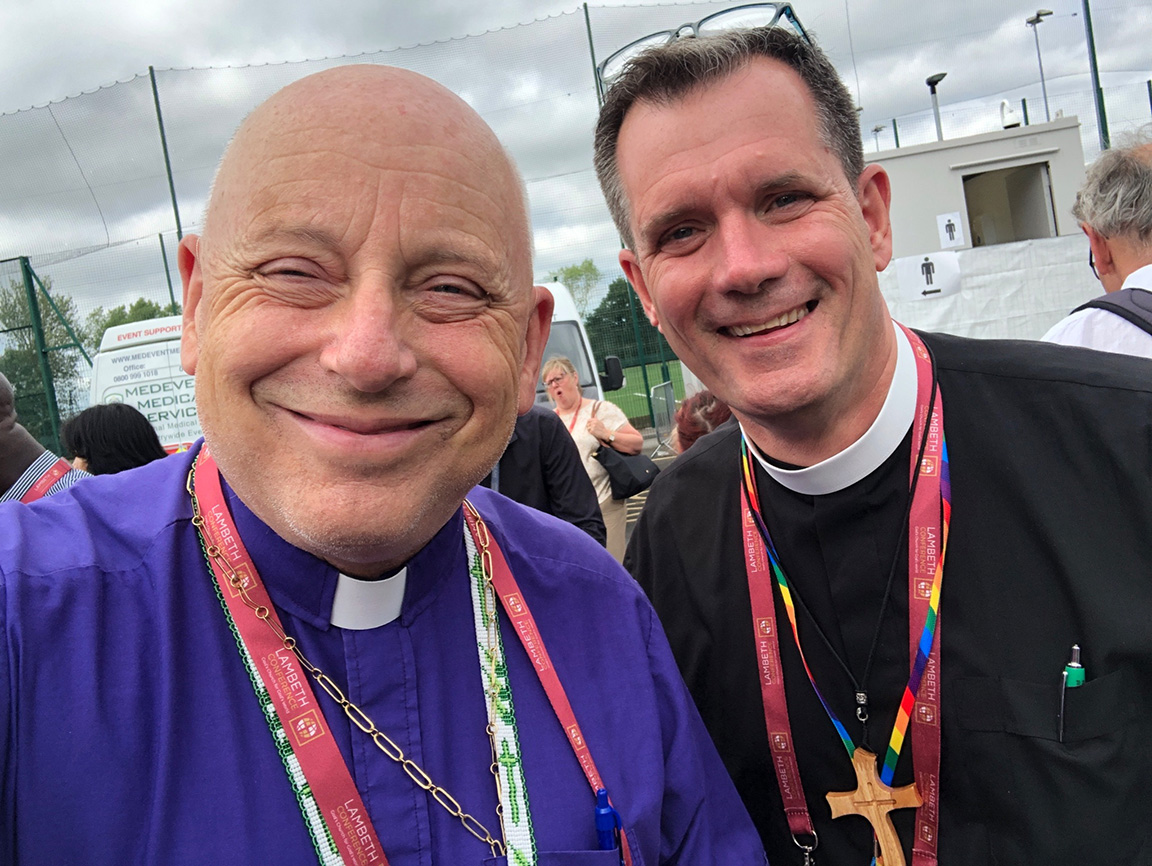 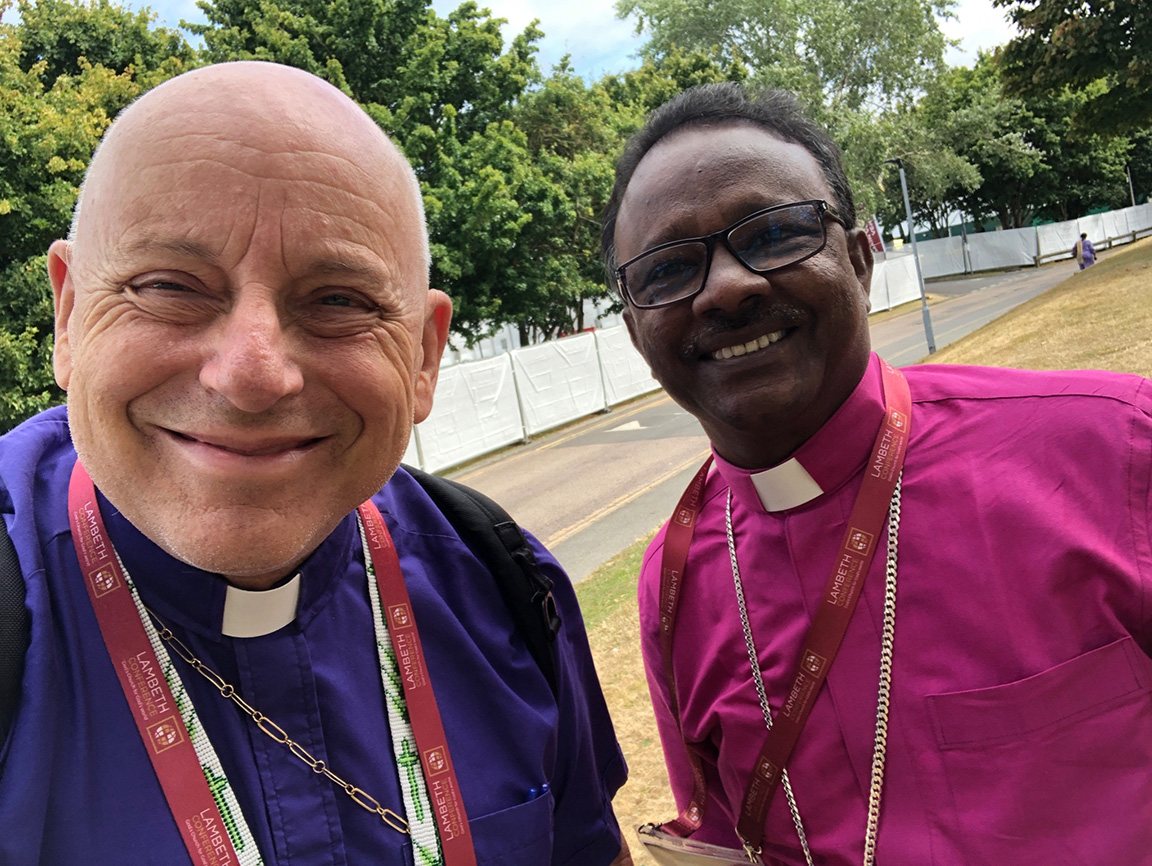 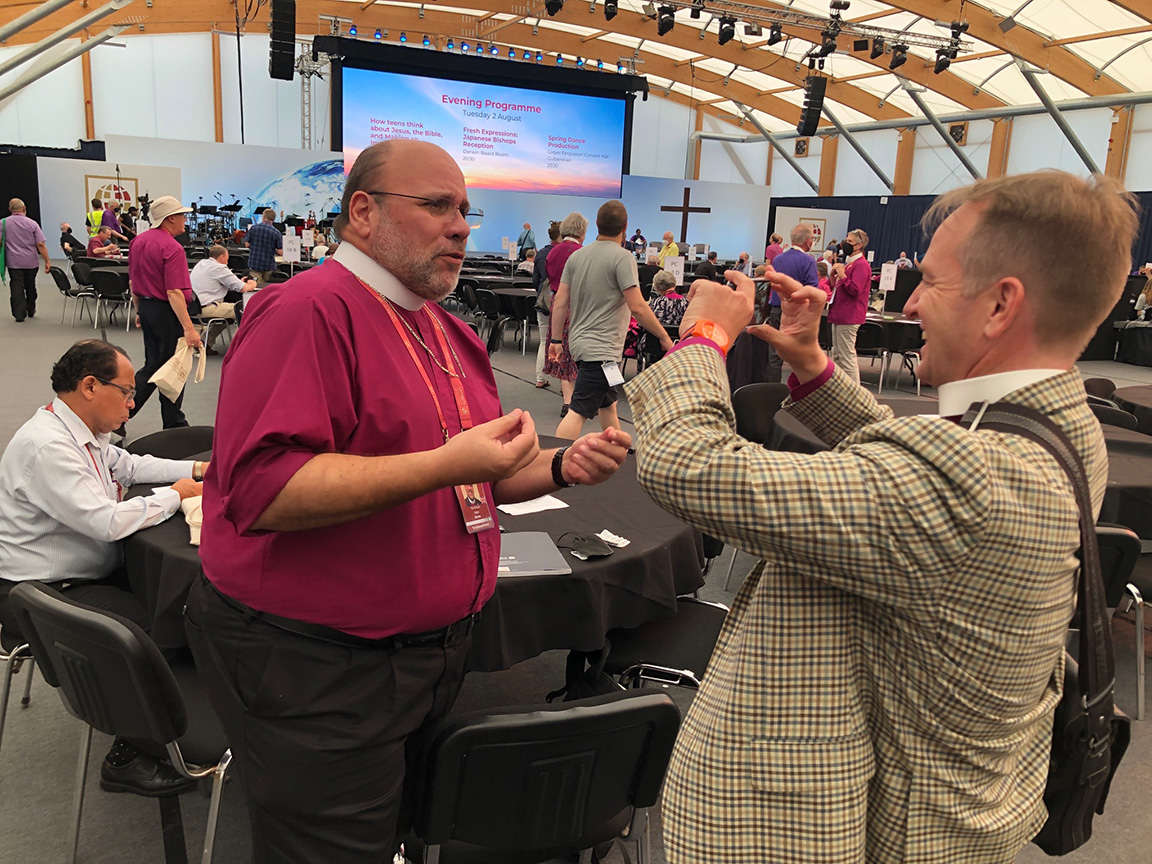 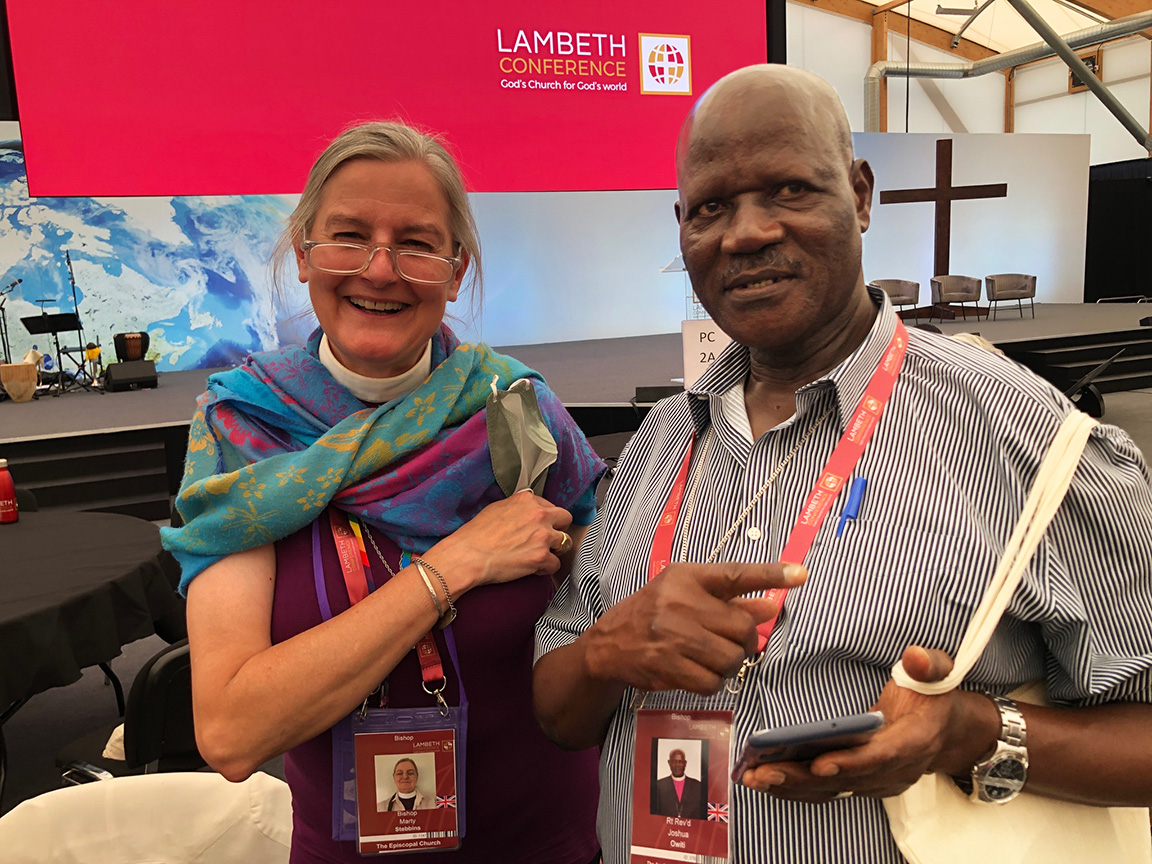 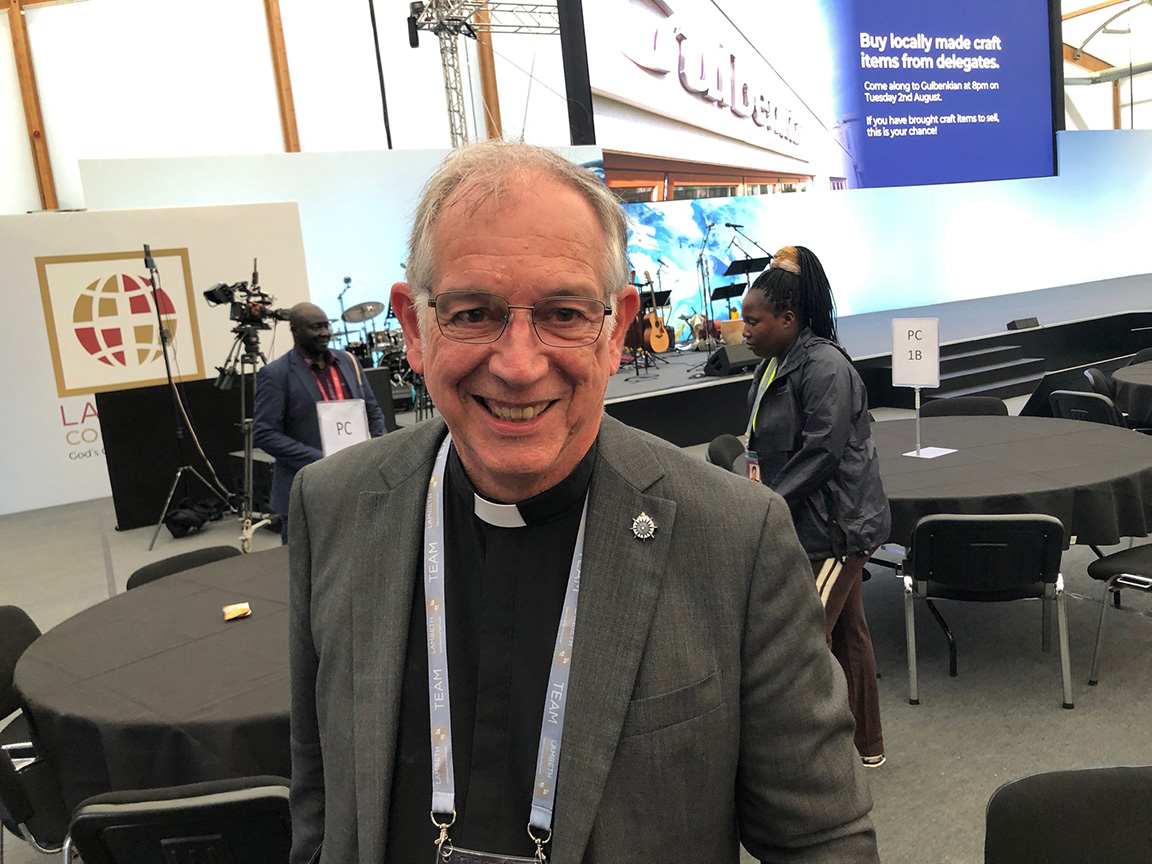