The Bishop’s Blog: Of hummingbirds, crows and civilization 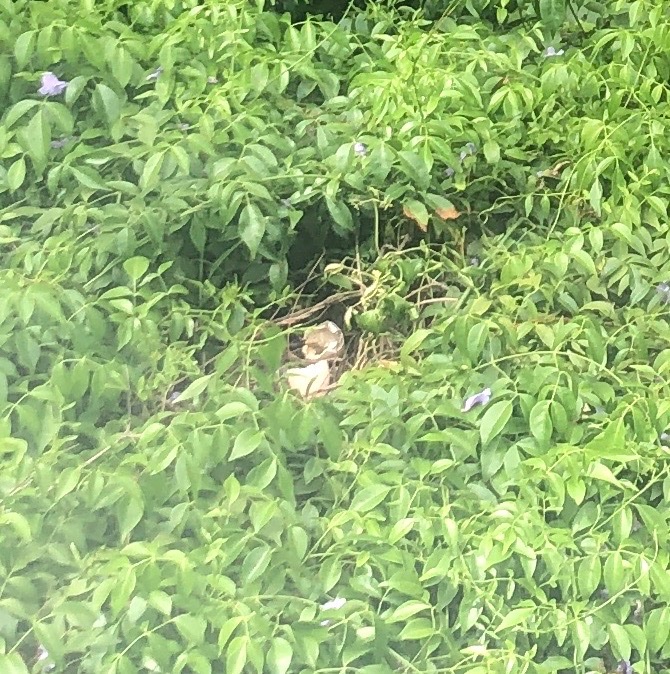 Kathy Hannigan O’Connor saw a crow in the backyard a few weeks ago, perched on the edge of the water feature with a hummingbird in its beak. After squirrels invaded our hummingbird feeder, Kathy bought two fake owls to try to scare them away, but she soon gave up and took the feeder down. The little birds love the water, so we still see them from time to time. I always think of my mother, who liked to say that her mom, Lily, had returned to life as a hummingbird and liked to hover and dip around the little house she’d occupied in Jean’s backyard in Pasadena, not far from where we live now.

The crows arrived in force a few months ago and began offering choral Evensong together with the Pasadena green parrots. After the crows ate the hummingbird, to try to scare them off in their turn, we hung shiny mobiles in the trees. A few other humane expedients are available such as covering up your trash (which we’ve tried) and playing recorded crow distress calls (which we haven’t).

The crows’ rampage may yet continue. In April a peahen began sitting on her eggs on top of an arbor outside our bathroom window. This was our third or fourth year as nursery managers. They take a month to hatch. The other day I noticed she was gone. This morning, I saw a crow perched there and caught a glimpse of cracked eggs. Either the little ones launched, or the crows destroyed the nest. Here’s the picture. It’s the closest we can get. Decide for yourself. We sometimes see peahens and their chicks wandering around the neighborhood in May and June. If we do this year, we’ll hope they’re ours. Maybe the crow was just picking at the shells. We’ll never know.

When I imagined the worst about the nest this morning, I thought of the murderers in Buffalo and Laguna Woods. I thought of Putin. When we decide other people, other kinds of people, birds of a different feather, are the enemy, or just ours to be consumed or destroyed, we are back in the wild, our veneer of civilization torn away like flesh from bone. I went looking for the poem by Alfred, Lord Tennyson with the line about nature’s savagery that I had always thought was about animals that hunted prey and crows that ate hummingbirds. But “In Memoriam A.H.H.” is about God and us and how tender the bond can be:

[Man] trusted God was love indeed
And love Creation’s final law-
Tho’ Nature, red in tooth and claw
With ravine, shriek’d against his creed.