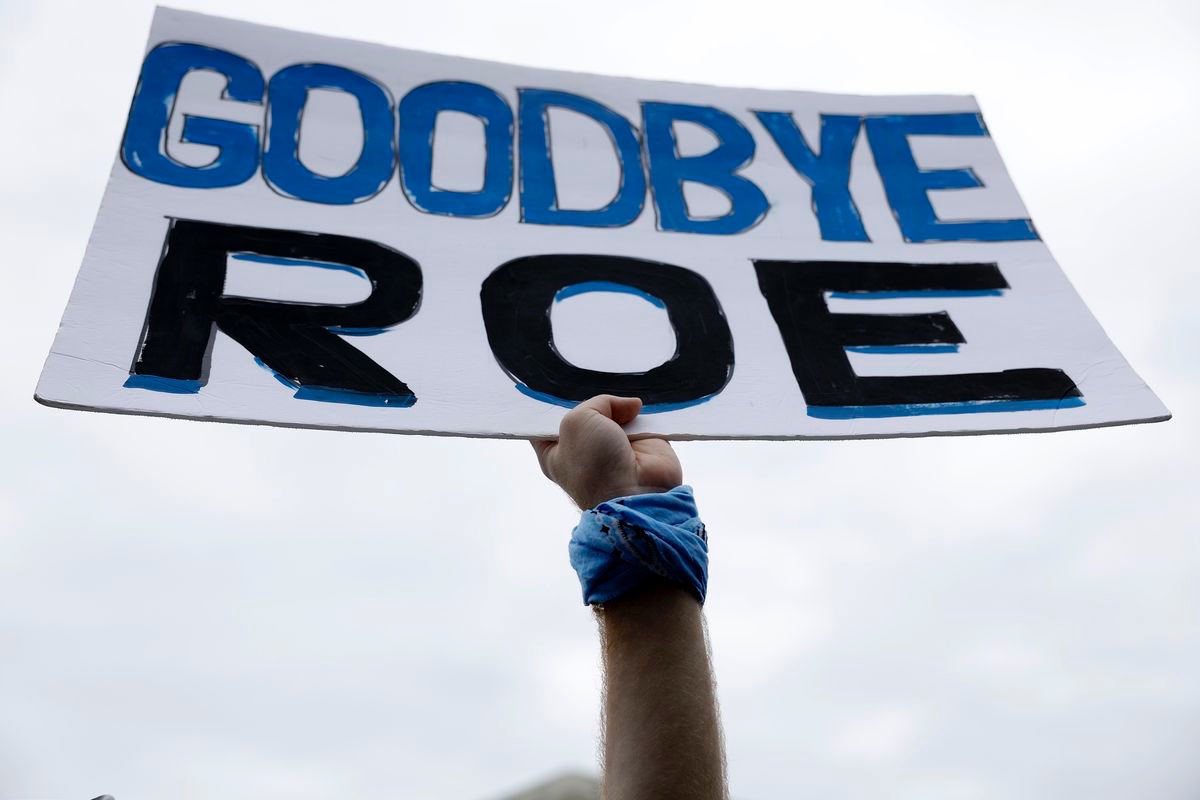 SCOTUS’s five-member anti-Roe majority want states to decide. Check! In the richest, most diverse, most politically powerful one of them all, notwithstanding today’s ruling and for the foreseeable future, everyone will continue to have full reproductive freedom. Californians’ representatives have written laws, some signed by Gov. Ronald Reagan, to prevent the government from forcing people to carry unwanted pregnancies to term.

It’s not that Californians like abortion. We hate abortion. We love babies just as much as those five justices do. Unlike the five, a majority in our state also believe that a woman’s agency over her body is a right as basic as the right not to be discriminated against on the basis of race.

I suspect some men don’t quite get this. Except when we’re arrested or drafted (a big “except” for men of color), no one questions our agency over our bodies. Male supremacy is still baked into the system. Women’s suffrage is barely a century old. Men wrote virtually all the documents, the Constitution and the laws for thousands of years, which SCOTUS studied for a ruling in which it now says that it can’t find warrant for a woman’s right to privacy. As Joni Mitchell sang, we go round and round in the circle game.

How to help everyone understand how agonizing this is for those with wombs? Take vasectomy (please!). Four of the five justices who overturned Roe are Roman Catholics. God bless their faith. But don’t try to convince me that it wasn’t a major factor in today’s decision. Still, they’re being incredibly selective. According to Catholic doctrine, getting a vasectomy is, like abortion, a mortal sin. Rome says God abhors all sperms’ stumbling blocks. Yet some 50 million U.S. men have had the procedure, about 500,000 each year.

Think of all those potentialities snuffed out. Nevertheless, it’s legal in every state. Not even a close call. And we all know why. The day a dude learns from his urologist in downtown Biloxi that Amy Coney Barrett and her colleagues have just ruled that the state will decide if he’s gettin’ his fixin’ is the day Mississippi starts turning bluer than a First Response pregnancy test.

Even today, with all the agony and outrage the ruling will provoke, its least visible victims will also be silent — poor women, often women of color, living in red states, who can’t afford to travel to California or New York to exercise their reproductive freedom. No one in the five judges’ families will ever be that position. As Presiding Bishop Michael B. Curry said, “Today’s decision institutionalizes inequality because women with access to resources will be able to exercise their moral judgment in ways that women without the same resources will not.”

Nevertheless, all Americans can still exercise their electoral judgment. In November, voters will have more on their minds than during the usual midterm election. Inflation. Gun violence. War in Ukraine. Jan. 6. And now the rights of women and the agony of abortion. Expect turnout rates like 2018.

In the meantime, in the days, weeks, and months ahead, let’s lower our voices, listen to one another, learn as much as we can from what we hear, and try to think and feel beyond our own experience and prerogatives. Think about what’s best not just for ourselves but for the whole body of Christ and body politic, especially the members with the least means and representation in the halls of power. In our prayers, let us beseech our God in Christ to bestow double portions of grace, justice, and peace on our troubled nation and world.

O God, the protector of all who trust in you, without whom nothing is strong, nothing is holy: Increase and multiply upon us your mercy; that, with you as our ruler and guide, we may so pass through things temporal, that we lose not the things eternal; through Jesus Christ our Lord, who lives and reigns with you and the Holy Spirit, one God, for ever and ever. Amen. — Book of Common Prayer