The Bishop’s Blog: Reconciliation and trust at Lambeth 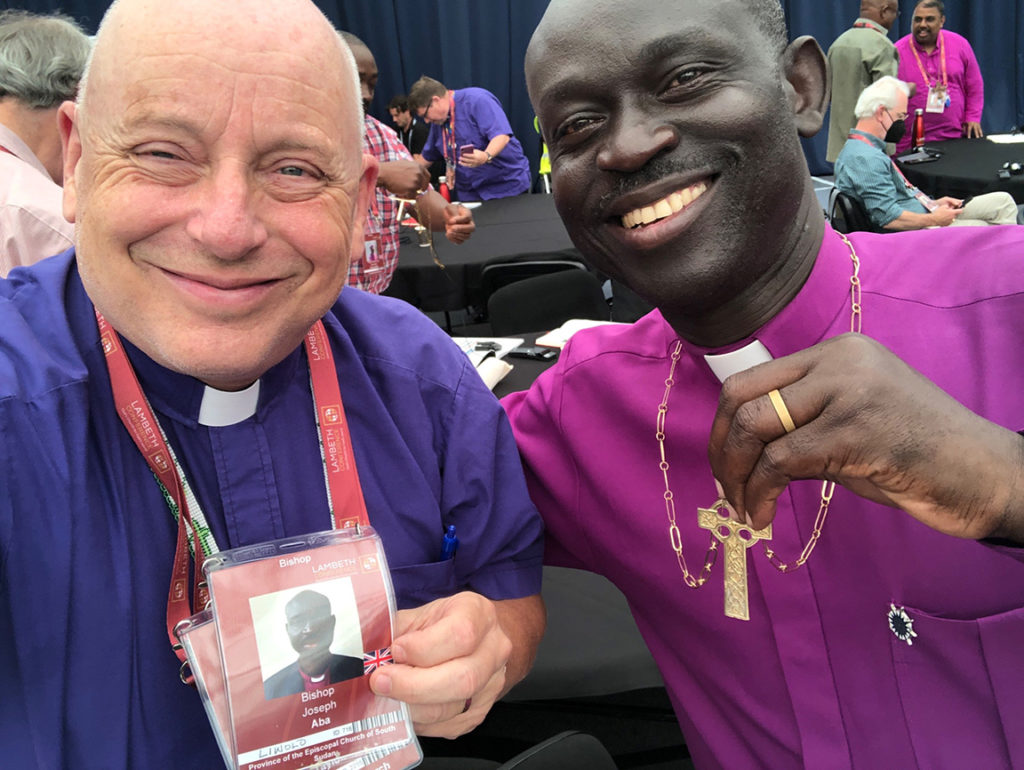 In January 2017, the Rt. Rev. Joseph Aba of South Sudan was elected bishop of a brand-new area diocese called Liwolo, just north of the Ugandan border.

Within days, he found himself in the midst of the kind of peril which is not typical for bishops-elect in The Episcopal Church. Three years after its people voted for independence from Sudan in 2011, South Sudan descended into a catastrophic civil war in which 400,000 died. Joseph told me his story this morning at The Lambeth Conference.

When fighting broke out locally that January, involving a complex mix of government and tribal forces, he invited the commanders to meet with him. “I asked them three questions,” he said. “Did you choose the family you were born into? Did you choose your tribe? If not why are you killing one another based on choices you didn’t make?”

He kept the conversation going as civil war dragged on, remaining neutral about the politics and yet never hesitating to proclaim the unity of Christ as an exemplar of national unity across differences of origin and faith. Admiring his life-saving intervention, the local government has invited him to work on reconciliation on a regional and international level.

At Lambeth this morning, our plenary conversation was about just that, reconciliation, which to begin with requires trust. As a trust exercise, one of our speakers invited us to give our pectoral cross to a friend and accept theirs in return for the duration of the morning’s program. It was a blessing to see a true Christian peacemaker wearing my cross. Joseph didn’t have his with him, so he gave me his name badge.

Fittingly, his was the greater risk. I don’t need my cross to get into heaven. He needed his badge back to get into lunch.