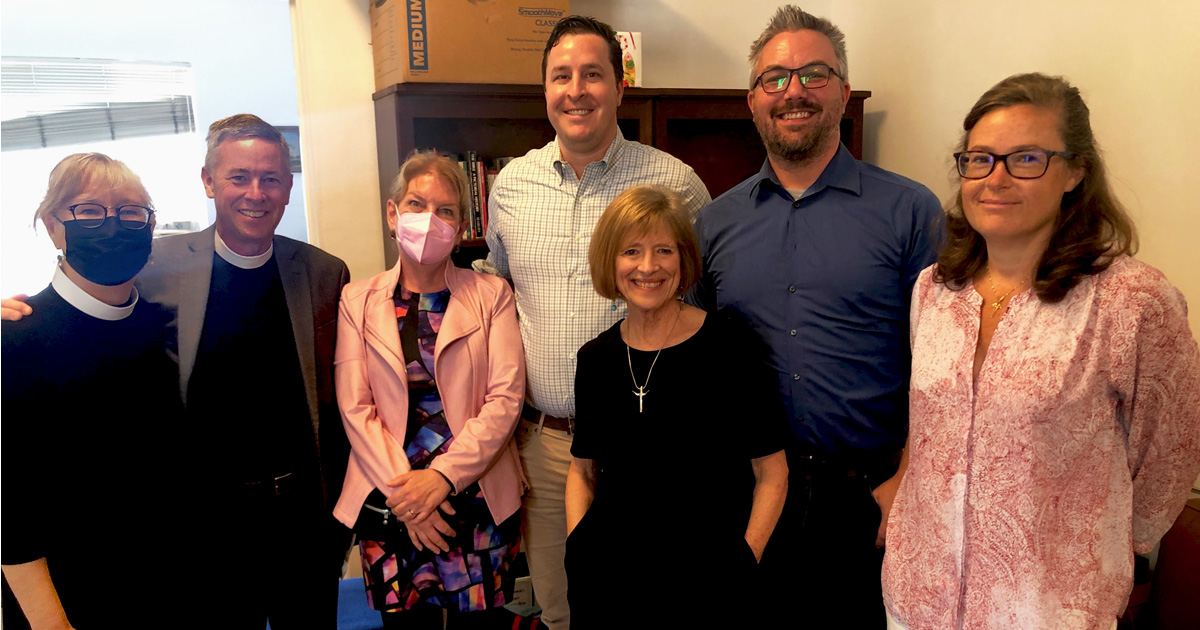 St. Alban’s Episcopal Church, Westwood, built in 1931, has grown up next door to UCLA, designated the second campus in the University of California system in 1919. The parish’s founders were especially mindful of the educational interests of the first bishop of the Episcopal Diocese of Los Angeles, Joseph Horsfall Johnson, who died in 1928, having founded The Bishop’s School in La Jolla (which graduated Tucker Carlson) and served on the board of Pomona College (on the other hand, Kris Kristofferson).

Befitting its founding vision, St. Alban’s is alive with the lively spirit of the mind. The senior warden, John Hirning, joined the church as an undergraduate from Stockton and still works on campus. At coffee hour you are likely to find yourself in conversation with economics professors and retired clinical psychologists. John’s fellow Stocktonian Rory O’Regan, a French horn player majoring in music at UCLA, set aside his usual Sunday ministry as crucifer to serve as my chaplain.

I was along to preach and celebrate the last Sunday of Easter at 8 and 10 a.m. Among the morning’s many joys was saying a blessing for Ritu, Perlei, Andie, Olivia, and Finn (who served as cantor), all graduating Bruins, as well as UC Davis senior Eli (who confided to me under the stole which mascot he’d voted for in the recent student plebiscite, Gunlock the mustang or Aggie the cow).

St. Alban’s is between rectors — a wilderness time, an anxious but also a hopeful time. As I told the Rev. Christie Mossman, the parish deacon and a veteran hospital chaplain, late in the day, almost everyone I spoke with praised her gracious pastoral ministry, including with the young Bruins. The Very Rev. Canon Gary Hall and the Rev. Canon Norman Hull have been covering services on Sunday mornings; and Fr. Norman has now joined the vestry and the rector search committee.

The vestry and I met after services to compare notes about the qualities they’re looking for in a priest. With all that’s already going on at St. Alban’s, and given The Episcopal Church’s unique charism of mystery, meaning, justice, and beauty, it’s easy to imagine the abundant years of ministry lying ahead, enabling the spirit of Christ to continue to feed its members as well as the young neighbors who alight and stay four years or so.

The parish is especially known for its music ministry, led by brilliant music educators, director of music Donald Caldwell and organist Wendy Caldwell, another UCLA professor. They just celebrated their 44th anniversary. After we blessed the students, we blessed them. It was then time for the offertory anthem. Wendy moved to the piano. The 12-voice choir (including soprano Dyan Sublett, vestry member and president of the Martin Luther King Jr. Community Health Foundation) formed a semicircle. Donald took his bass-baritone and stood next to the cantor, graduating Bruin and perhaps Met-bound bass Finn Sagal.

Thus commenced “Worthy Is The Lamb” and “Amen,” the heart-exploding choruses from the end of Handel’s “Messiah,” which one doesn’t expect to hear of an average Sunday morning. The words are from Revelation, which fit nicely with the morning’s reading, also from Revelation, about the the sovereignty of Jesus Christ. That promise, that music, and the cheerful spirit that brims from St. Alban’s folks made it easy for me to keep saying that all would be well. 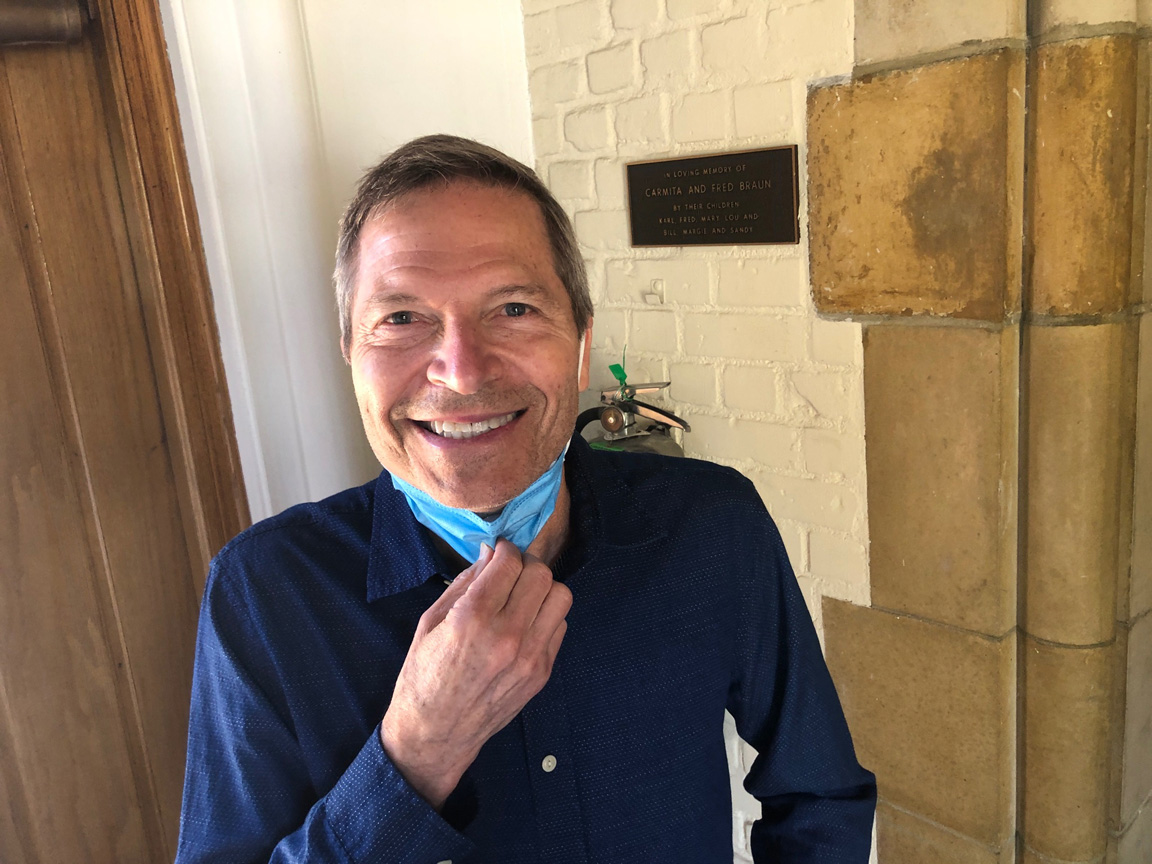 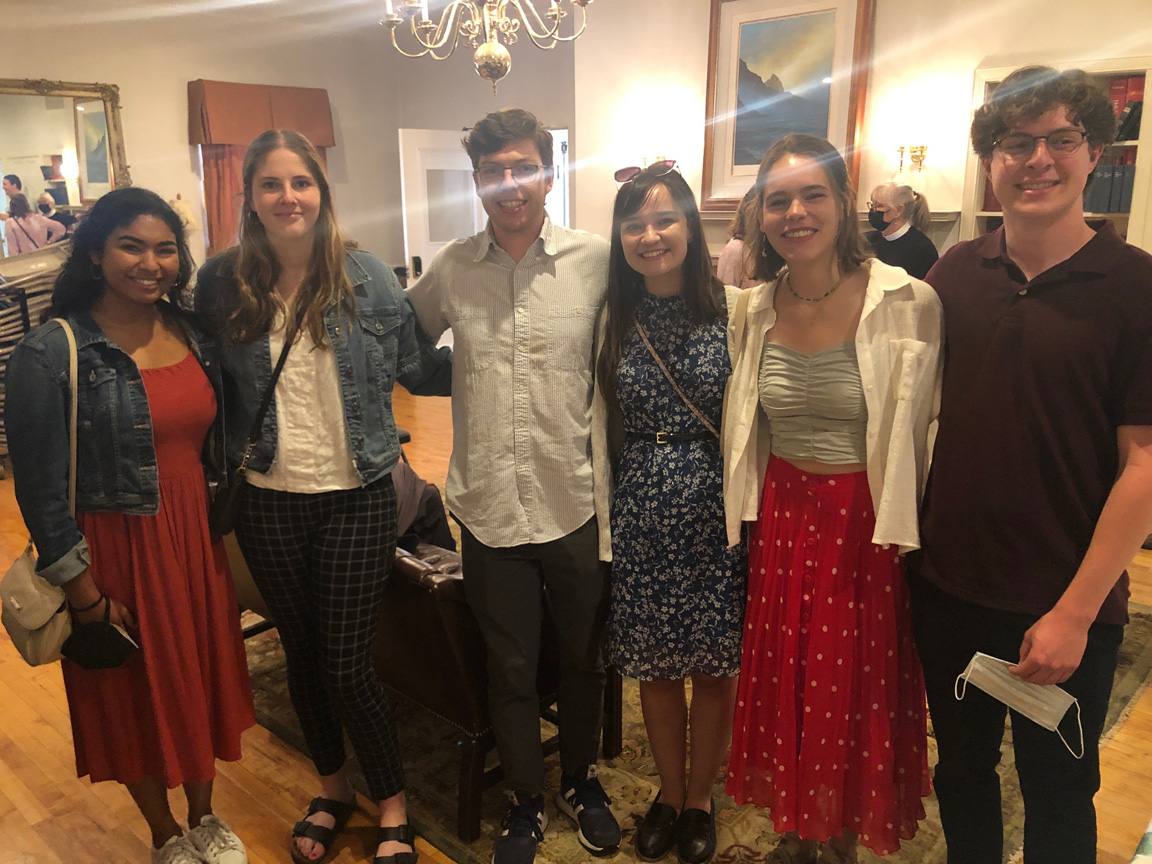 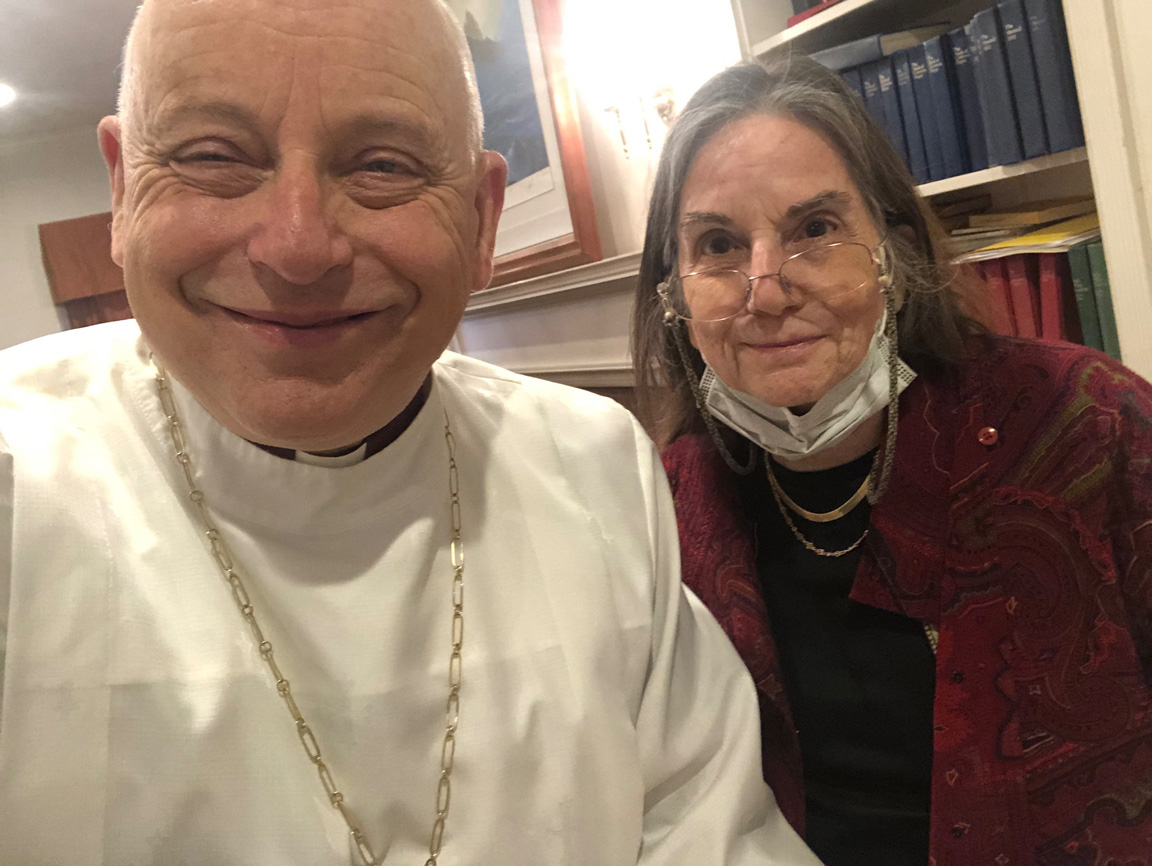 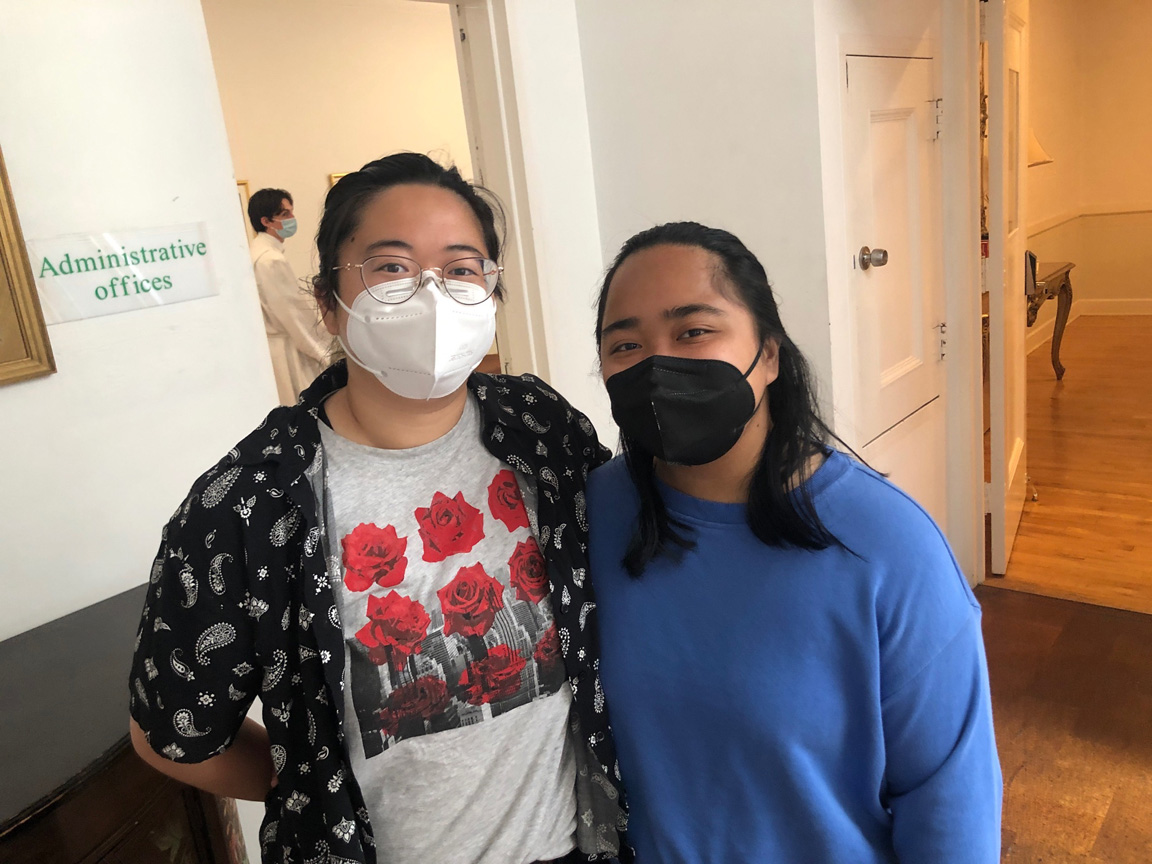 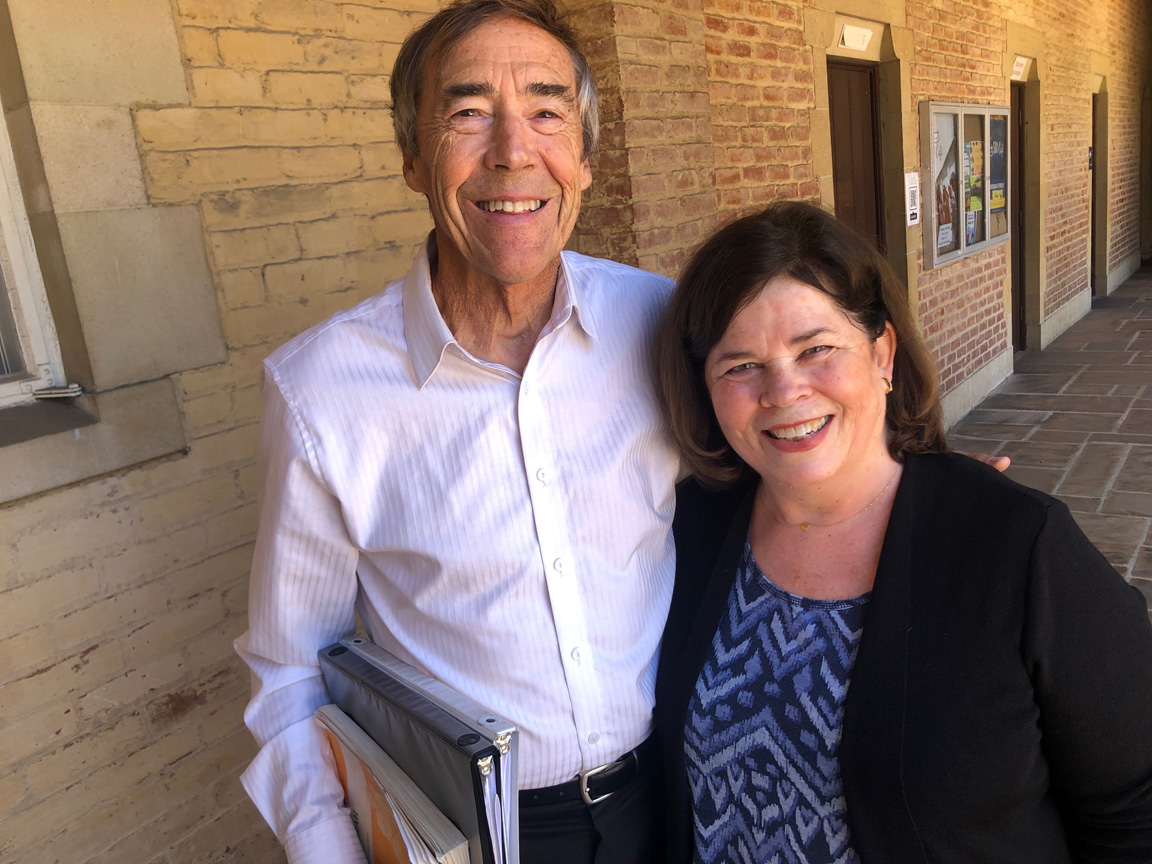 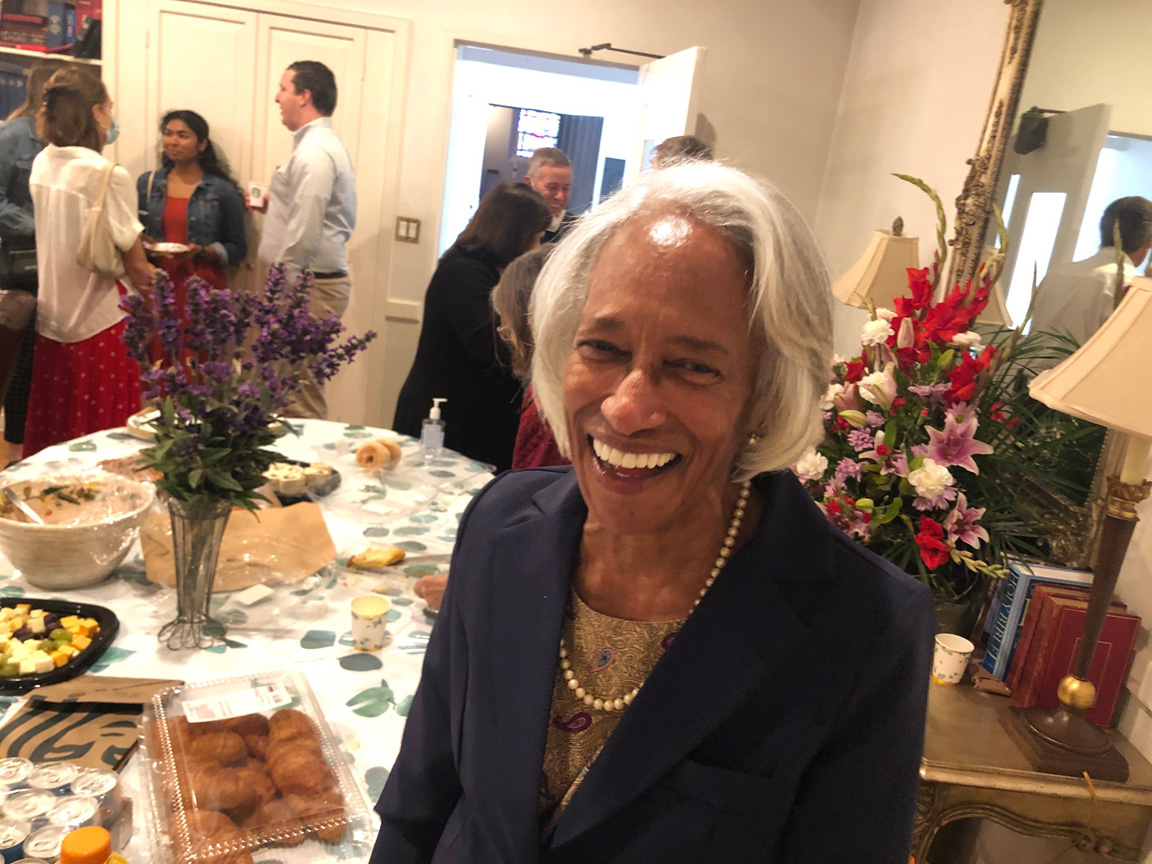 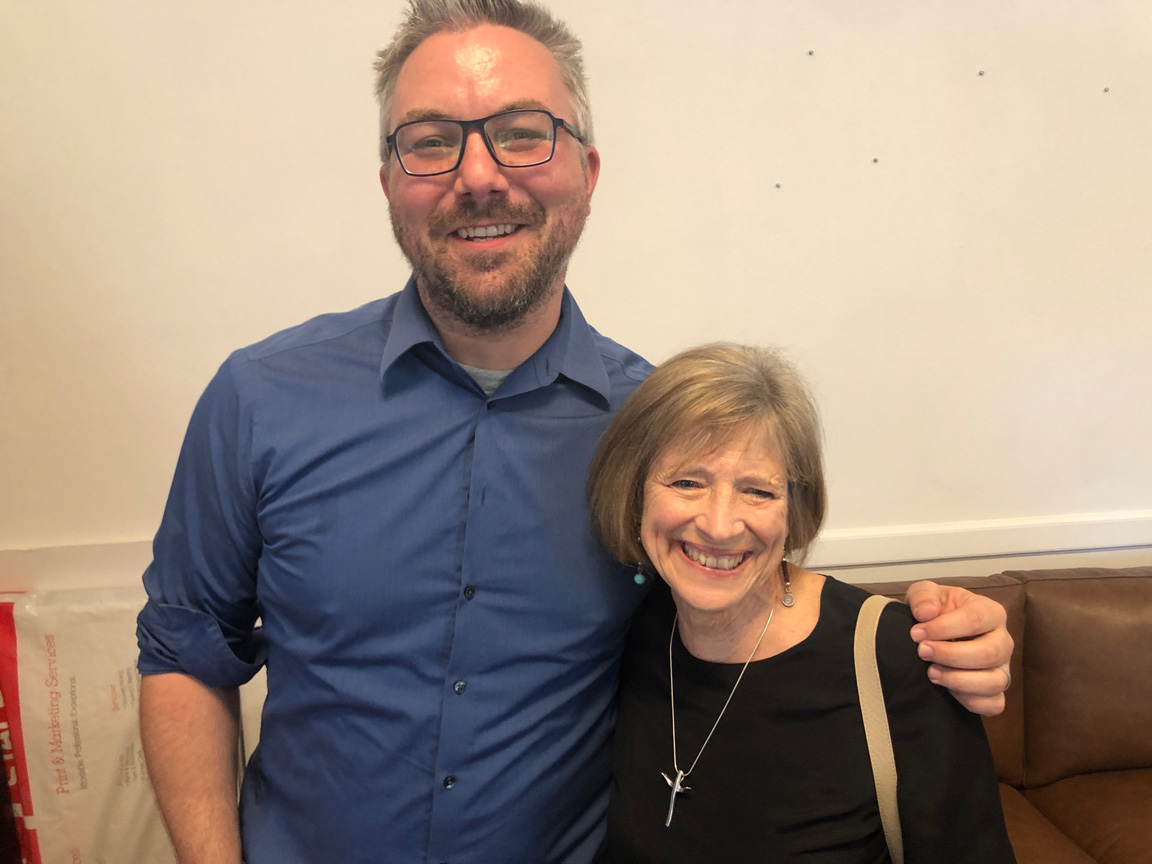 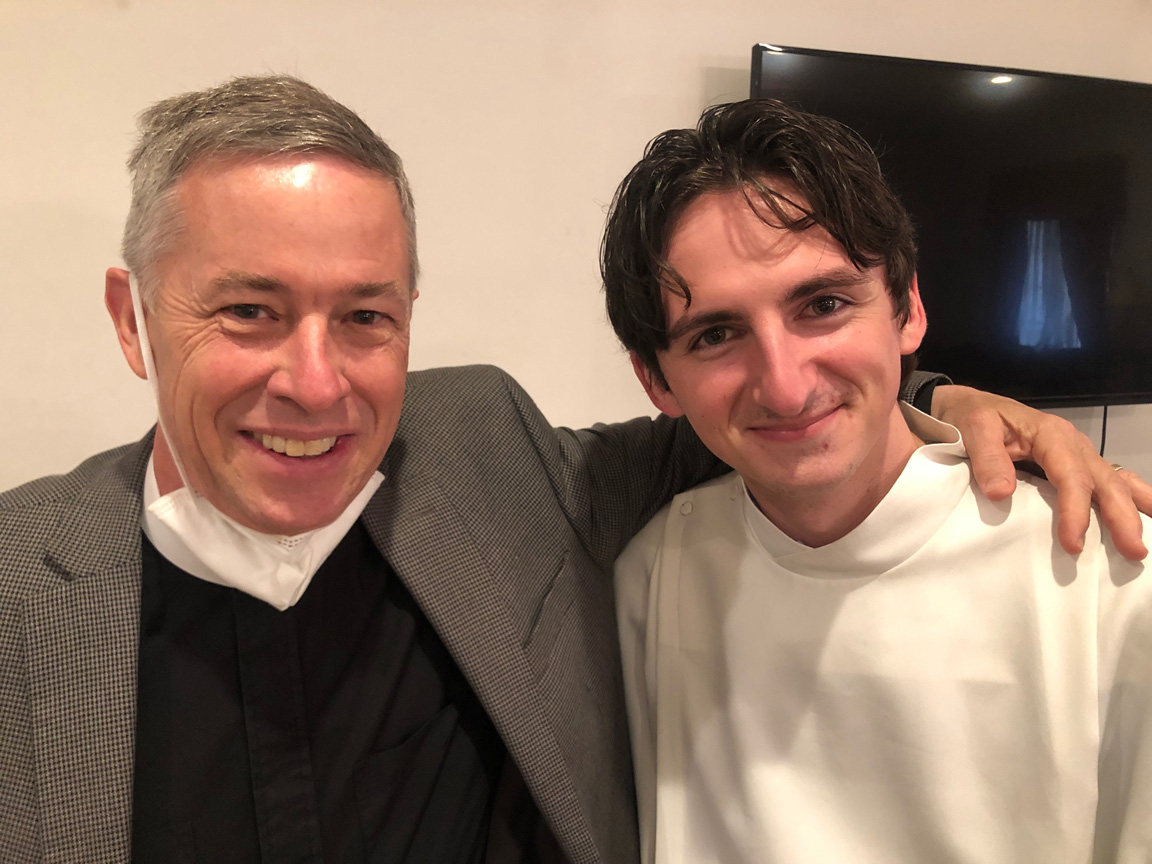 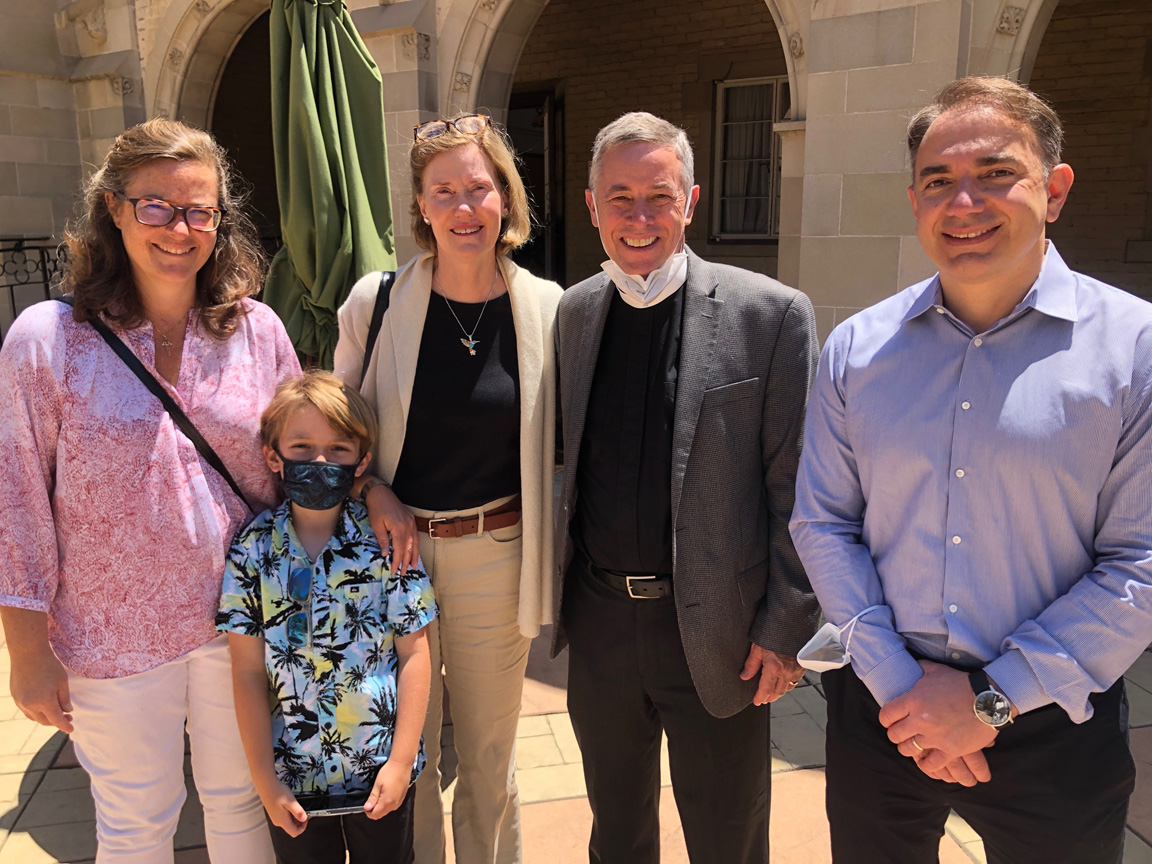