The fate of the earth 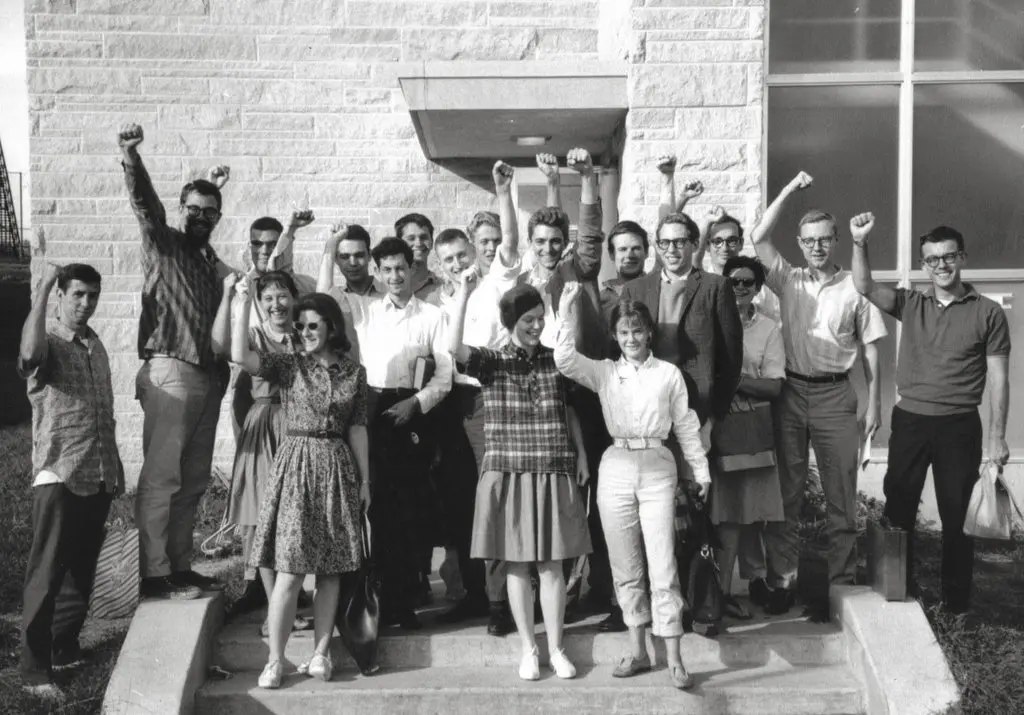 Students for a Democratic Society, 1962

In June 1962, with the late Tom Hayden as principal scribe, Students for a Democratic Society released the Port Huron Statement, which we correctly associate with the civil rights movement and its authors’ critique of capitalism and U.S. politics.

But neither was the big issue. Nor was Vietnam, which wasn’t on most Americans’ scope yet. The text is drenched in nuclear dread. “Our work is guided by the sense that we may be the last generation in the experiment with living,” the statement says. By their own admission, the drafters were relatively privileged college students. They had learned all about the Cold War in school — hiding under their classroom desks during pointless a-bomb drills, and listening to air raid sirens on weekend afternoons and tests of the emergency broadcasting system on radio and TV.

Over 60 or 65, you get this viscerally. One marker is if you remember the Cuban missile crisis in 1962. Whether we feared the Soviets or our own leaders, we knew we might be done for, and there wasn’t anything we could do about it, except act locally. The SDS had some ideas, plus researchers found that the closer Americans were to Cuba and military bases, the higher the birthrates 8-10 months later. The era’s prevailing dread also begat great art. Around the same time as the Port Huron Statement, Bob Dylan wrote and recorded “Blowin’ in the Wind”: 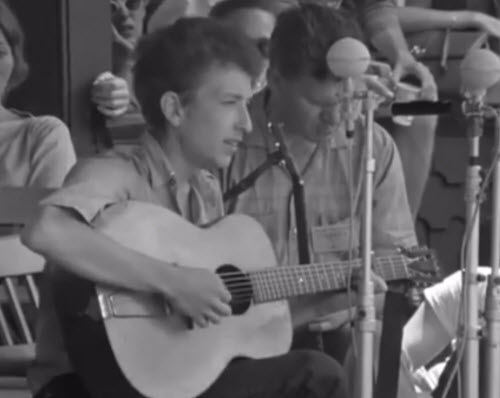 How many times must the cannonballs fly
Before they’re forever banned
The answer, my friend, is blowin’ in the wind

Whether fallout or the angels of peace would waft in the wind remained an open question until East-West tensions began to wane in the seventies. Elected in 1980, Reagan turned it back up to 11. His policy softened in his second term, the Gorbachev years. My old boss Richard Nixon’s relentless pressure on Reagan to do arms control deals, during his world travels and in two dozen memos typed by Kathy Hannigan O’Connor, demonstrably helped.

But during his first act, from 1981-85, as Don Henley sang in “The End of the Innocence,” Reagan beat plowshares back into swords. Profoundly alarmed, in 1982 the late Jonathan Schell published his own manifesto against nuclear weapons, “The Fate of the Earth,” in which he wrote:

“The machinery of destruction is complete, poised on a hair trigger, waiting for the ‘button’ to be ‘pushed’ by some misguided or deranged human being or for some faulty computer chip to send out the instruction to fire. That so much should be balanced on so fine a point — that the fruit of four and a half billion years can be undone in a careless moment — is a fact against which belief rebels.”

During the Cold War, relatively cool, cynical heads prevailed in Washington and Moscow. They tended to battle one another with people of color as proxies — Koreans, Vietnamese, Nicaraguans, Salvadorans, Afghans. After 1989-91, when the Soviet Union broke up, the U.S. and Russia dramatically reduced their nuclear arsenals. The average citizen studied and worried about nuclear war no more.

But all along, Putin had a plan. He invaded Ukraine knowing that NATO countries wouldn’t be able to send troops for fear of a nuclear exchange. He also thought his troops would do better than they have. Biden and the Europeans’ careful discernment about how and where their weapons are used has so far helped Ukraine turn the tide without giving Putin an excuse to use weapons of mass destruction.

His illegal annexation of regions of eastern Ukraine has made everything ten times more dangerous. He might now say our weapons are being used against the Russian homeland as a justification for using tactical nukes on the battlefield. His Russian media stooges are making jokes about nuking London. The U.S. government says it has warned Moscow at the highest level that our response would be overwhelming.

That is not a scenario we want to entertain. Yet this ominous Strangelove stuff isn’t leading the nightly news. It’s not the first story you see at newspaper websites. I don’t know a story that’s more important. But if you’re under 50, if you didn’t log much time under your desk in third grade, if you’ve never seen “Failsafe” or even “War Games,” it might not be in especially sharp focus.
For one thing, you may not have absorbed the news that some Western experts, no doubt trying to deter Putin, insist that a battlefield nuclear exchange can be contained. Walter Matthau played a guy like that in “Failsafe,” arguing that we could absorb the loss of 50 million here or there, but the president played by Henry Fonda didn’t listen. Instead, after we mistakenly destroyed Moscow, he ordered the destruction of New York City.

Baby boomers grew up on such cautionary tales. All these years, more chapters have been quietly written, the warheads polished, the drills dutifully run. We tried to disarm, but we didn’t disarm enough, and then we lost interest. It isn’t especially reassuring that the U.S. and Russia now have a total of 8,000 warheads instead of 75,000 in 1985. We tried to manage our vital, difficult bilateral relationships in the world, but we didn’t do that well enough, either. One misguided, deranged individual, and we are poised at a few minutes before midnight again. If we didn’t do everything we could to hold this moment at bay, then we have some lessons to learn. Global warning is another peril that experts say could end the experiment with living. First, we have unfinished business.

In the short term, let’s ignore chickenhawk pundits and armchair Kissingers promoting nuclear brinkmanship. The only good thing about nukes being used twice against civilians in Japan is that we learned humanity can’t ever use them again. It’s hard to ask Ukraine to negotiate and probably give up territory for the time being, but if it proves necessary to prevent nuclear war, then that’s the deal we make. For the courageous people of Ukraine, it won’t be over till it’s over. The arc of history bends slowly but surely against the likes of Putin.

Our work can’t end with Ukraine. During the Cold War, it was strangely reassuring when both sides were equally matched in nuclear weapons. As it turns out, they are inherently destabilizing. We’ve learned how easy it is for aggressors to use nukes as a cover for a conventional attack. Led, I pray, by people of faith, humanity must again reckon the reduction and elimination of weapons of mass destruction as a transcendent value, first on the agenda at every summit and conference. If we don’t lose them, we’ll use them, and that can’t ever happen again.