Being a TV commercial location 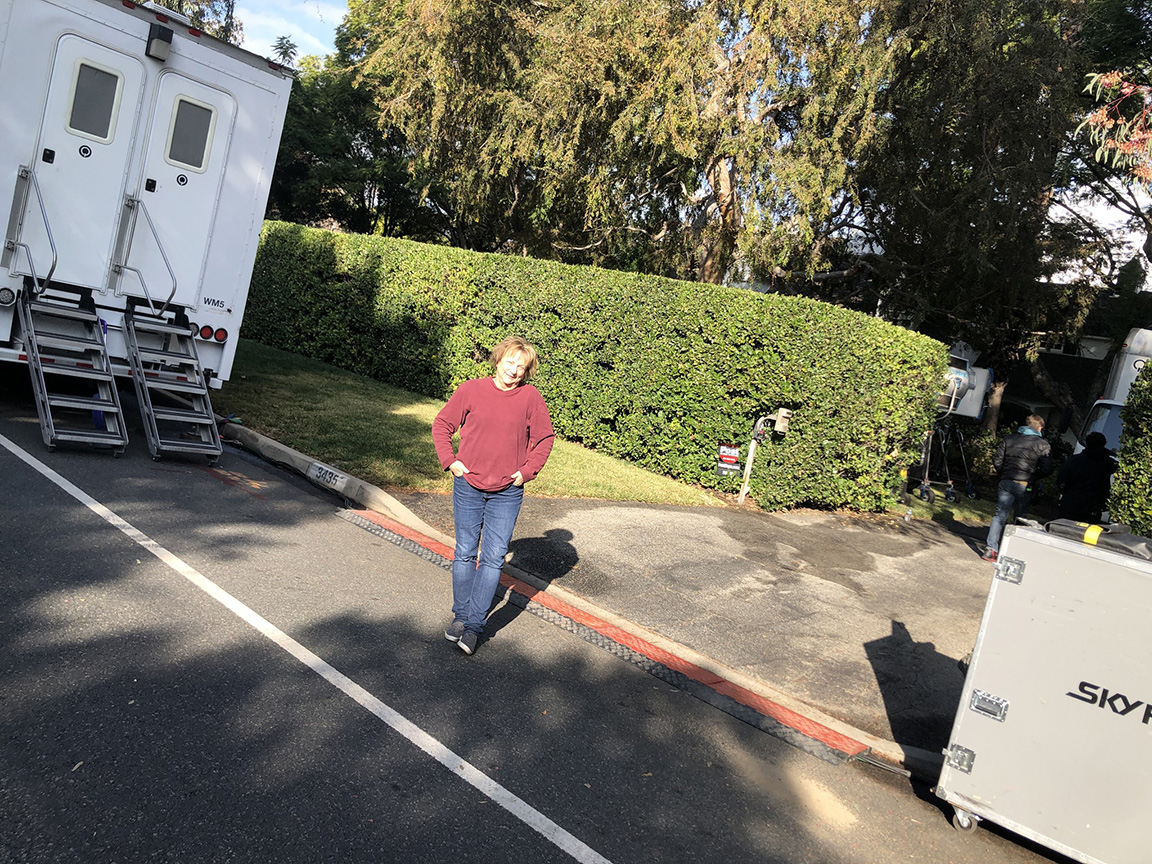 TV and movie production trucks flock like the peafowl in Chapman Woods, our neighborhood in Pasadena between Madre and Rosemead, home to the episcopal residence of the Episcopal Diocese of Los Angeles. Location scouts put up with the noisy peacocks and peahens and green Pasadena parrots for the sake of the trees and variety of architecture. Andy Hardy wasn’t from around here (his TV street was elsewhere in Pasadena) but could have been.

To help the diocese with expenses, Canon Kathy Hannigan O’Connor does her best to line up TV commercials. We’ve got one going on now. We’re subject to an NDA, so I can’t say what the ad’s for. Let’s just say that 50 incredibly nice, talented people, many dressed in black, have been hanging out with us for a few days. One’s called the babysitter. They make sure the permanent residents are okay and don’t get the wrong idea. One of the reasons they like us is the grounds, with plenty of room off-street for parking, catering, cast trailers, and storage. As I left this morning, it looked like two people were trimming one of our trees. They were actually rearranging matching fake branches. Only God can make a tree, but that doesn’t mean it’s ready for its closeup.

Earlier in the week, a creative team and Kathy scouted the property looking for a child’s bedroom as called for in the script. We have one of those already, suitable for grandchildren. Instead they fixed on the last room we would have expected they’d like, which we use for storage. The sloping second-floor ceiling caught their eye. So they moved our junk and created a bedroom any child would love. We’ll see a young actor there and also looking out of their window, though that’s in a different part of the house. They painted the room purple and offered to paint it whatever we want when they leave. Someone drew a picture of a dinosaur, looking every bit like a ten-year-old’s work, and hung it on the wall. A decorated box on the desk is full of pens, markers, and scissors. It will be interesting to see how much of the detail makes it into the commercial. The experts must know that we get the right impression of a scene, we can absorb a complete idea, without noticing every little thing. Hey, that preaches.

I’m deeply respectful of the immensity of the effort, all to conjure up what the viewer is supposed to reckon as normal — a place like the place they live or might like to, in order to entice them to buy a thing they almost certainly have already. It’s what a rich society does. One could say it’s a lot of effort and money to spend on a commercial. But they’re all working and able to pay for the holidays for themselves and their families. Then people will buy the thing, which also puts people to work. We might be able to figure out how to do it differently one day. For now, all we have to decide, when they pack up and roll out today or tomorrow, is what color to paint what, to Kathy and me, will always be the perfect bedroom that Frannie and Harriet never saw.