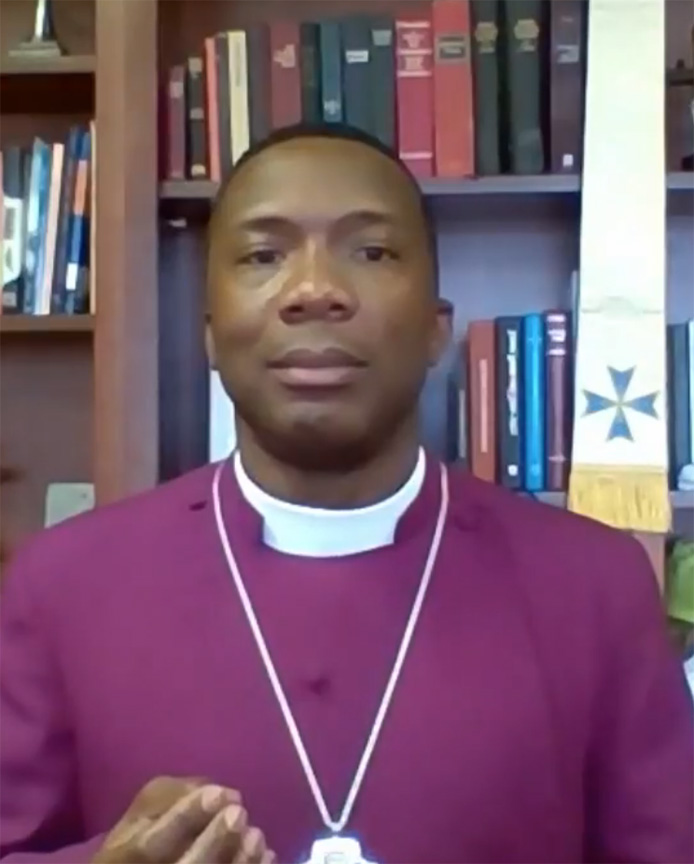 Johnson, whose planned April 25 consecration was delayed until June 13, served as guest preacher at the annual diocesan LGBTQ Pride celebration, held digitally because of the pandemic. The event was hosted by the Diocese of Los Angeles and by GLEAM (Gathering of LGBT Episcopalians in Active Ministry), the bishop’s Commission on LGBT Ministries.

“We have made great strides on the road to justice and equality for LGBTQ+ folks, and just this week, we got to celebrate the landmark ruling from the Supreme Court,” Johnson said. The June 15 sweeping 6 – 3 decision protects LGBTQ+ employees from being disciplined, fired or turned down for a job based on their sexual orientation.

Earlier in the day, at a diocesan-wide online service of Holy Eucharist and Spiritual Communion, Los Angeles Bishop John Harvey Taylor also cited the historic decision and called upon the church community “to be prophets of peace and love.”

“Since the murder of George Floyd on May 25, Americans have desperately needed prophets of peace and love to call us to a national conversation about white privilege, anti-blackness and systemic racism,” Taylor said.

Citing “decades of promises broken and debts still unpaid, we need prophets of peace and love to say America’s future is gloriously democratic and gloriously pluralistic, a nation to be ruled, at long last, by what Presiding Bishop Michael Curry calls the rainbow children of God.”

Taylor, along with Canon Kathy O’Connor, led the 10 a.m. worship service broadcast from St. Paul’s Commons, in order to give Southland clergy a day off.

Prophetic action must accompany listening to and loving and welcoming all, Taylor said.

“We need prophets of peace and love to say that registering to vote and voting in our elections should be as easy as buying a book on an iPhone. The prophets we need to hear are there, all around us, not in Washington but in the streets of almost every city, almost every day since the 25th of May, prophets of all ages, and sizes and backgrounds, all races and identities and orientations, prophets saying, ‘Black Lives Matter.”

Missouri’s Johnson immigrated to New York from the Caribbean nation of Barbados as a teenager. He was elected on the first ballot Nov. 23, 2019, as the first African American and 11th Bishop of Missouri.

The church must “come from the sidelines and be the prophetic voice that proclaims in word and deed ‘God loves you, no exceptions,’” he said.

More urgently, people of good faith must stand up for and support their LGBTQ+ friends. When good people of faith stand up, he said, stupidity, ignorance, hatred and bigotry sit down.

“And right now, my sisters and brothers, my siblings in Christ, this nation is filled with a lot of people who need to sit down.” Following Jesus is both simple and complicated, but ultimately the way of love, he said.

“We listen to the stories of black trans folks whose lives are constantly in danger. We listen to the story of the teenager who got kicked out of the house because of their sexual orientation. We remember that hate cannot drive out hate. Only love can do that.

“Love your enemies because it messes with their heads,” Johnson added. “Jesus knew what he was doing. We are called to go out into the world to love God, to love what God loves and to love yourself. To dream the dreams of a world transformed.”

The service included performances by a virtual diocesan choir and also by the Trans Chorus of Los Angeles. 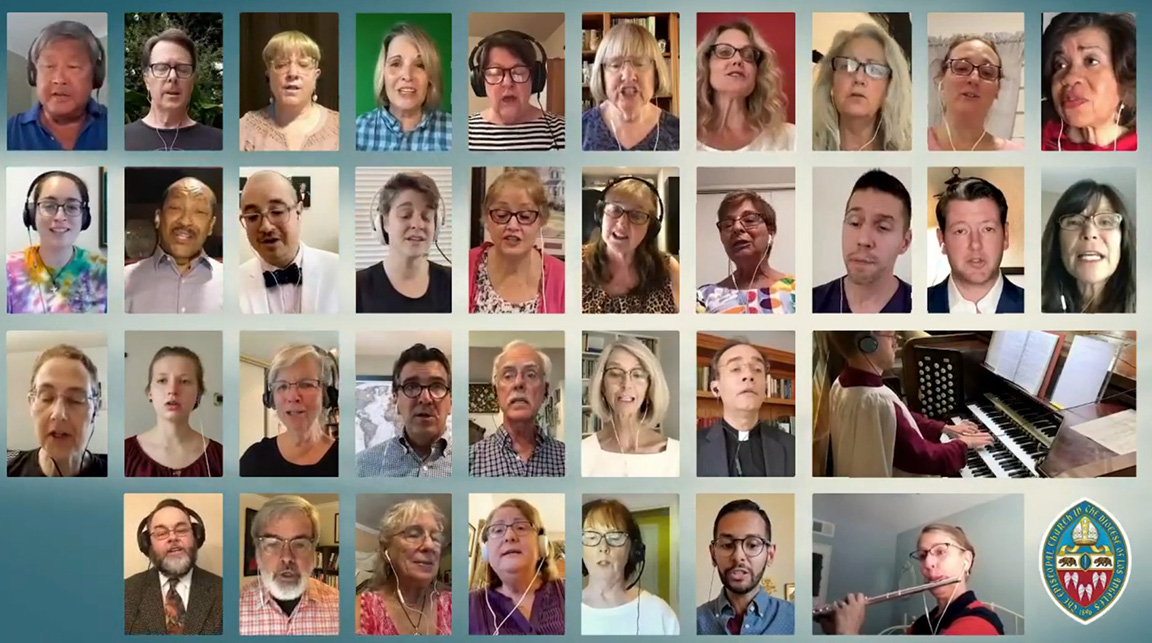 Singers from around the diocese join a virtual choir to perform “There’s a wideness in God’s mercy” with Zach Neufield, organ, and Laurel Myer-McKenzie, flute.

Facebook Live viewership of both services proved strong both in real time and on demand, with some 5,800 views of the morning service, 2,200 of the afternoon celebration, and more than 1,100 comments logged to date.

While the morning stream continued uninterrupted for viewers on the Facebook platform, the diocesan website crashed under high demand before being restored during the service. “We apologize to all viewers who were unable to access the morning stream via the diocesan website,” said diocesan Canon for Common Life Bob Williams. “To resolve this issue, we have upgraded server capacity to accommodate larger viewership for future streams.”

Video of the morning service is archived and may be viewed here as well as on the diocesan YouTube channel.