From the bishop: The dignity of all people 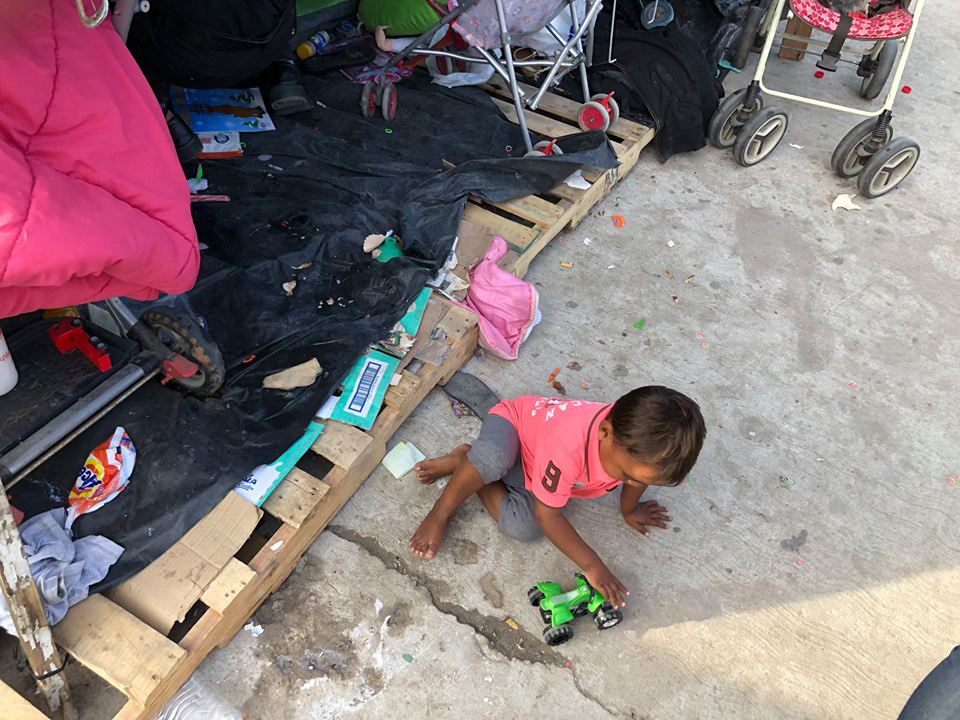 One thing all Christians insist on is that people are made in God’s image. We insist on it, and we’re also stuck with it. Because living into the truth of Gen. 1:27 is the work of a lifetime. Seeking the divine engram in another person requires empathy and curiosity. Attentiveness and mindfulness. Listening and learning. The habit of putting others first.

These practices feed lasting, healthy relationships, which naturally embody mutual responsibility and accountability. And that outcome inevitably makes claims on our resources — our reserves of money, time, and love. Since most adults are tempted to reckon these as scarce, we find ways to regulate our curiosity and compassion. When caring is inconvenient or costly, we give ourselves permission to be negligent, even cruel.

It seems to me this is the source of all good boundaries as well as oppressive ones. Families. Borders. Economic systems. Ideologies. Hierarchies and patriarchy. Doctrines. Prejudices. Without us vs. them thinking, our hearts’ God-implanted love would take us over. We would spend ourselves for the sake of the world.

You might not like hearing that those in public life whom you most abhor have such instincts. But it’s the essence of our faith to believe that they do. It explains why the concentration camp guard who enjoyed hugs from his children could go to work and torture people. It’s one thing if a person lacks the capacity to love at all. If they love people who are close to them but not others, the problem is not with the God-made heart but the human-made heart regulator. That’s what turns a natural-born lover into a monster. When a domestic abuser is about to strike, he usually calls his victim a dehumanizing name. It’s how he kills the love God put in his heart.

Leaders can do the same thing. Most Americans have little experience of the kind of leadership we have today: leadership that cannot bring itself to speak a single compassionate word to the migrant, the asylum seeker, or their children. Scapegoating of immigrants preceded 2016. It’s been a civic sin for as long as I can remember. But rarely has it been so integral an element of a political strategy that it is possible to argue that almost every official utterance is designed to appeal to small cohorts of fearful voters in a few states, districts, and precincts. These are voters who want permission to keep thinking as they do, to be cruel to strangers and foreigners, to keep their love regulators set on stun.

If they left the swing states of Michigan, Wisconsin, and Pennsylvania, went to the border, and listened, these voters would learn, and then they would love. Almost all of them would, I’m sure. A woman from El Salvador would tell them that her husband had been killed by drug gangs, and there was no opportunity or security for her and her children, so she set out for the golden door. She would ask, “If you were in my place, what would you have done?” And her Midwestern rust belt listener, notwithstanding their own problems and worries, would answer, “I guess I would have done the same thing.”

Because that’s what happens when people get together and share their stories. It happens during visits to homeless shelters and nursing homes and at Laundry Love. We learn that people we thought were different from us actually love the same sports and TV shows and music and have relatives who are aging or are in kidney dialysis or prison, just as we have. It’s also what happens when questionable immigrants, otherwise known as our future in-laws, show up at the ports of entry to our families. We roll our eyes, set another place at the table, and hope for the best. It’s what happens when we kneel together at the altar rail and let the body of Christ back into God’s temple, to wear away a little more at the hedges we’ve built around our hearts.

Let me be clear. Jesus Christ doesn’t have a federal immigration policy. Biblical passages about welcoming the stranger and foreigner don’t necessarily mean that we’re not supposed to have borders. The U.S. now has 800,000 pending asylum requests. The Lord doesn’t command us to approve each one. Historical and cultural criticism frees us from such readings, as it does from having to follow the rules the Bible appeared to lay down in relatively primitive social contexts about the rights of women and LGBTQ+ people but don’t align with Christian values today. Nations were different in biblical times, too.

But Jesus Christ does insist on love. He does command us to love our neighbor as ourselves — which is to say, to encounter them, listen to them, discover our commonality with them, and become mutually accountable. From that process, we may trust that humane public policies will emerge. So people of faith and politicians who want to change immigration policy should do all they can to reveal the precious and unique narratives of each refugee from places of oppression and chaos — if not each, then as many as possible. These inevitably relatable human stories — people protecting their children, seeking basic security, grasping for freedom and opportunity — are the key to unlocking Americans’ and America’s hearts of love.

Not all will accept that those with the harshest anti-immigrant instincts or agendas are within the reach of God’s redemptive love. You may not believe that migrants’ stories of oppression, loss, hope, and risk will warm the coldest hearts. Forgive me if you don’t share my reckless optimism that the light from the empty tomb can penetrate the darkest places within us all.

If by the same token you proclaim in the name of Christ that Americans owe nothing to the global homeless, the undocumented, the asylum seeker fleeing injustice or just economic scarcity, the lonely sojourner with their eyes fixed on the life of self-determination they deserve, then I ask you this. We are commanded to love our neighbor. Even if they are stuck south of the border, or in our detention facilities, we are commanded to comfort them, feed them, treat their illnesses, and care for their children. If we refuse, think for a moment about the vengeful God of old. The God of the prophets. The punishing, impatient, jealous God. Imagine when that God sees the child shivering in the cold or wasting in the heat, and, at long last, loses patience. Think about how long it would take before that God, beholding people’s selfishness as it was manifest in Judah at the time of Isaiah, would withdraw his favor from the United States of America.