Once the lecture ends, the practice session — and fun — begins as about 20 health advocates-in-training line up to hone their skills at the South Bay Center for Community Development. 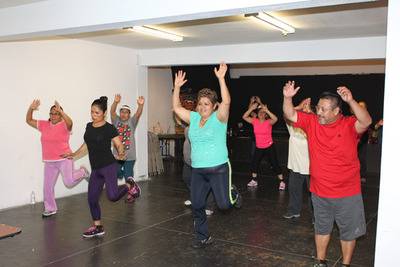 Whooping and clapping, moving to the music’s sassy beat, forward and back, side-to-side-steps, lifting heart rates and knees to elbows and back again, trainees took practice turns May 30 leading aerobic dance classes.

For some students, like Belinda Noguez, enrolling in the Jubilee Consortium’s Health Advocate Training Program (HATP) at the Wilmington center enhanced her skills, taught her about community organizing and inspired her to excel further.

“Taking this class taught me that I am a leader,” Noguez, 48, said through an interpreter. “I taught Zumba before, but I didn’t know I was a leader before.”

HATP is an initiative of the Jubilee Consortium, a collaboration of Episcopal churches formed in 2001 to improve the health and wellbeing of Los Angeles-area residents. HATP classes began in three locations in 2013 and have since grown to 10 sites, reaching an estimated 30,000 community members annually.

According to Marla Alvarez, director of the Jubilee Consortium’s Health Justice Initiative, HATP is funded through a community transformation grant from the Center for Disease Control in Atlanta, which — she hopes — will be renewed next year. 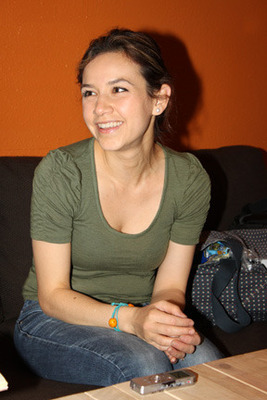 The multi-generational program offers health education, fitness and leadership development to L.A. County’s underserved communities, Alvarez said. About 30 percent of participants, who learn wellness, relationship- and community-building skills, continue to serve with the program after graduation.

Initially she enrolled because “I wanted to take CPR,” she said. “I have two kids, a five-year-old and a two-year-old, and I signed up because the program included CPR, and I wanted to know it in case something happened,” Ruiz told The Episcopal News. “But I didn’t know it was going to do all this.”

“All this” included lectures on anatomy and physiology, kinesiology, nutrition and healthy eating, community organizing, leadership and advocacy, as well as dance and exercise moves, Alvarez said.

“We help people become ready to understand the concepts, to pass a certification exam, to understand aerobic versus anaerobic exercise,” as well as such basics as group dynamics, measuring success, what fees to charge, and why warm-ups and cool-downs are necessary, as well as drinking water during classes, she said.

Classes have been held in Koreatown, Inglewood, Boyle Heights, and South Los Angeles in partnership with local community centers and organizations, creating “advocates to promote health and wellness among their own families and communities,” Alvarez said.

That’s what happened for Ruiz. “I started an exercise class at my condo unit in Harbor City, to complete the program requirement for volunteer hours,” she said.

Now that the health advocate training is ending, her students want their class to continue.

“They’ve asked me to keep doing it. I didn’t realize it was such a motivation to the others and I never thought I’d be doing such a thing,” Ruiz said. “It surprised me, but I like being with the community.”

She also hopes to start a class for children in her community, she added. “It’s like when you plan to plant. You make sure the soil is good, so you’ll have good fruits. The children are the basics of the planting and we’ll have better success in the community if they’re healthy.”

Which is exactly the hoped-for outcome, Alvarez said of Ruiz. 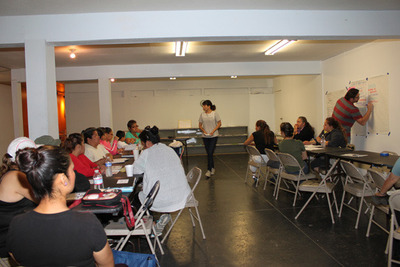 “The class opened something up for her. She thought it would just help her so far. But she experienced a need in her own community and she experienced herself as a leader.”

Similarly, Liliana Tirado, of Wilmington, a Zumba instructor, said the classes “helped me find in myself leadership skills, the ability to inspire others and I want to do more.”

She has already approached her daughter’s school, “to see if I can do classes there for the children,” Tirado said.
“This program has helped me become more enthusiastic, I want to do more in more places. It doesn’t just have to be here in Wilmington. I want to invite more people, promoting exercise and healthy living.”

Eva Rosas, 47, has suffered from asthma for 17 years and said through an interpreter that she enrolled in HATP “to change my lifestyle, my eating habits. I want to improve my health.”

“It’s a good thing so many of the students want to lead more classes,” Rosas said. She wants to continue as a mentor for the program and to teach nutrition classes. “It’s a good thing, because there is so much chronic disease and obesity in the community.”