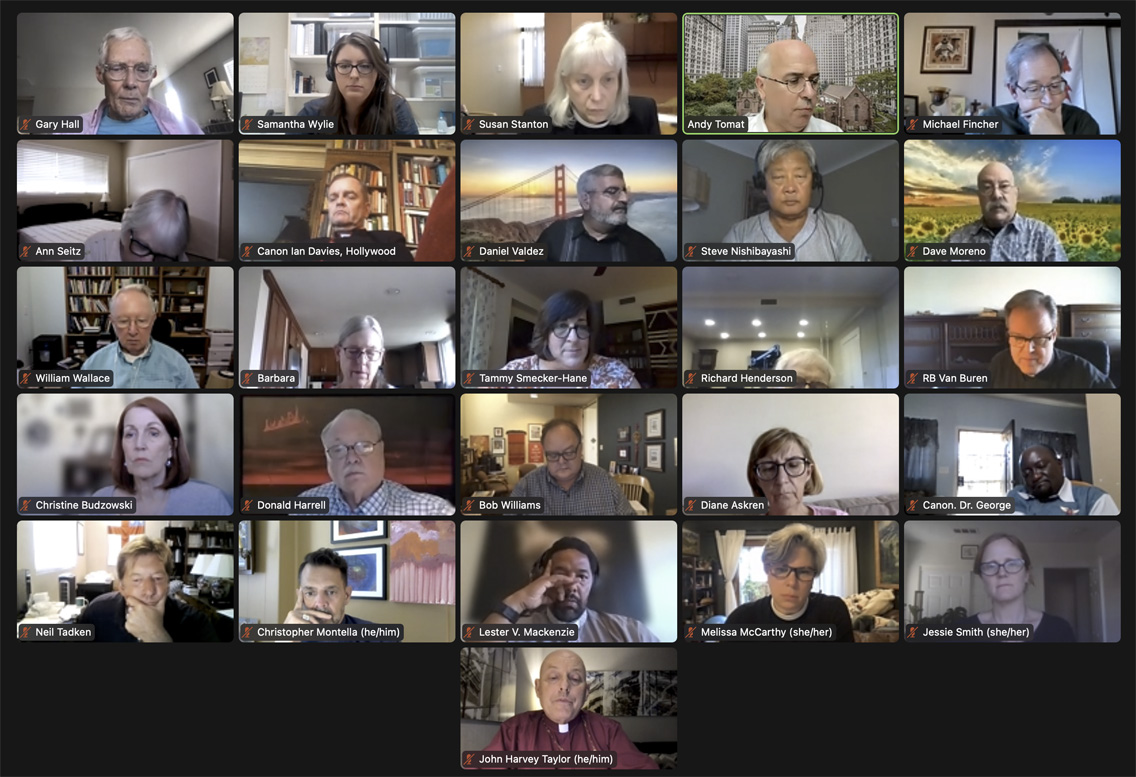 [The Episcopal News] Diocesan Council on Oct. 20 unanimously recommended presenting a $4.55-million proposed Mission Share Fund (MSF) budget for 2023 to delegates at the 127th annual meeting of the Diocese of Los Angeles, to be held both in person and virtually at the Riverside Convention Center Nov. 11 – 12.

The MSF portion of the total $11.6 million consolidated budget is joined by $478,050 in annual income from the Bishop as Corporation Sole (Corp Sole) and $6.57 million from the Corporation of the Diocese. The Corp Sole contribution is entirely funded by income, with no withdrawal of principal funds. Corporation of the Diocese funds come primarily from a combination of government and private grants, mostly for the diocese’s IRIS (refugee/immigration) and Seeds of Hope ministries.

“Along with this new consolidated budget, the diocese has devoted extensive time and energy to projecting the cost of current, future and retired personnel expenses, ensuring compliance with all established restrictions governing restricted funds and endowments, and exploring the use of technology to reduce the cost of ministerial operations,” Tomat said in his report. “This process has enabled the diocese to balance the budget for 2023.”

Overall, MSF income increased to an average 9.9% of net operating income from parishes in 2022, up from 9.2% a year earlier, Tomat said. Past-due payments against committed pledges from 2022 and previous years increased to $858,113; many are from churches in leadership transition.

MSF-funded expenses are an estimated $287,435 below budget and the diocese may end the year at break-even or with a small shortfall. “This is especially critical since our undesignated cash and savings is down to roughly $1 million, which is just a few months payroll,” Tomat said.

Policy issues critical to maintaining a balanced 2023 budget include:

MSF funding to shift to mandatory assessment in 2024

Tomat said unpaid MSF pledges from parishes forced reduction in aid to mission congregations and have necessitated imposition of a mandatory 12% assessment beginning in 2024.

Canonically, parishes annually are expected to give at least 12% of their net operating income (from two years prior) to the mission share fund; mission congregations are required to give 10% of their annual pledge and plate earnings, plus an additional 5% for other assessments.

“The diocese could receive $5.123 million if all parishes were to meet their 12% canonical requirement,” Tomat said.

At the September council meeting, Bishop John Harvey Taylor announced plans to initiate a diocesan-wide conversation about annual assessments of the 12% canonical minimum of net operating income prior to their imposition in 2024.

“The rationales are, first of all, fairness, since many parishes comply and they’re well aware that others don’t,” said Taylor, who joined the October online meeting from Tuckahoe, New York, where he was visiting family. “The second is consistency with the rest of The Episcopal Church, where most dioceses have mandatory assessments,” he said. “We also need to make the budget process less chaotic and give the finance office and the treasurer a reliable basis upon which to build a budget.”

He added: “We’re going to use 2023, not only to help the diocese get ready for this, … [but also] to learn as much as we can from the experience of other dioceses. This all begins and ends with the prevailing ethic of our Episcopal polity, which is being a parish means paying our assessment.”

If a parish is unable to meet its assessment, “maybe that is telling us something about the condition of our church and the diocese in these changing times,” he added. “Whatever that message is, we are listening and we’re walking with you.” Taylor said the church may look different – smaller – post-pandemic, but that sharing resources, creativity and innovation with one another will benefit it enormously.

He added: “We might have fewer parishes and missions over time, with the all-important condition that we’re not going to leave any neighborhood or community behind,” he said. “We’re going to keep resources in neighborhoods and communities because our world today needs our Anglican way of love and justice so desperately.”

The Diocesan Counsel recommended that the MSF portion of the budget be presented for approval at Diocesan Convention.

The Corporation of the Diocese, in addition to spending a significant amount of time discussing the financial report and budget, approved a request from St. Patrick’s Church in Thousand Oaks to refinance an existing loan, according to a written report submitted by member Ravi Verma.

The Corporation also approved $305,000 transfer from a recent sale on nonsacred property to cover the year-to-date costs of the capital campaign, Tomat said.

The Very Rev. Gary Hall, chair of the Program Group on Mission Congregations, said 28 mission churches applied for development grants totaling $819,000 in 2023, a 10 percent decrease from the previous year. Grant awards were recommended on an individual basis, he said.

Diocesan Episcopal Church Women President Christine Budzowski introduced Tammy Smecker-Hane, a member of St Andrew’s Church in Irvine and a retired UCI astrophysics professor, who is serving as the diocesan UTO coordinator. She also is co-chair of the Province VIII UTO.

UTO awards in the next granting cycle will be focused on “the worldwide incarceration crisis,” Smecker-Hane said. “Grants are going to things like crime prevention programs, afterschool programs in hard-hit areas where crime is a big issue, immigrant detention center work and basic prison ministries or actual work inside prisons with inmates.”

UTO will have a presence in the convention exhibit hall and, while the familiar blue coin boxes are still an option, ‘color-your own’ boxes also are available via the website.

She hopes to ramp congregational participation in UTO up from 15 churches last year, and will be contacting congregations by letter, she added.

Canon Steve Nishibayashi, secretary of convention, reported that the new convention website is active, and that all diocesan offices have at least one candidate for election, except for lay member of standing committee. (Nomination and nominee information is here.)

Nishibayashi, a member of The Episcopal Church’s Joint Nominating Committee to Elect the Next Presiding Bishop, reported that more than 2,400 replies have been received from across the church about the kind of leader the church needs. “I encourage anyone who wants to, to fill out the survey.” The survey may be found here: it closes Oct. 31.