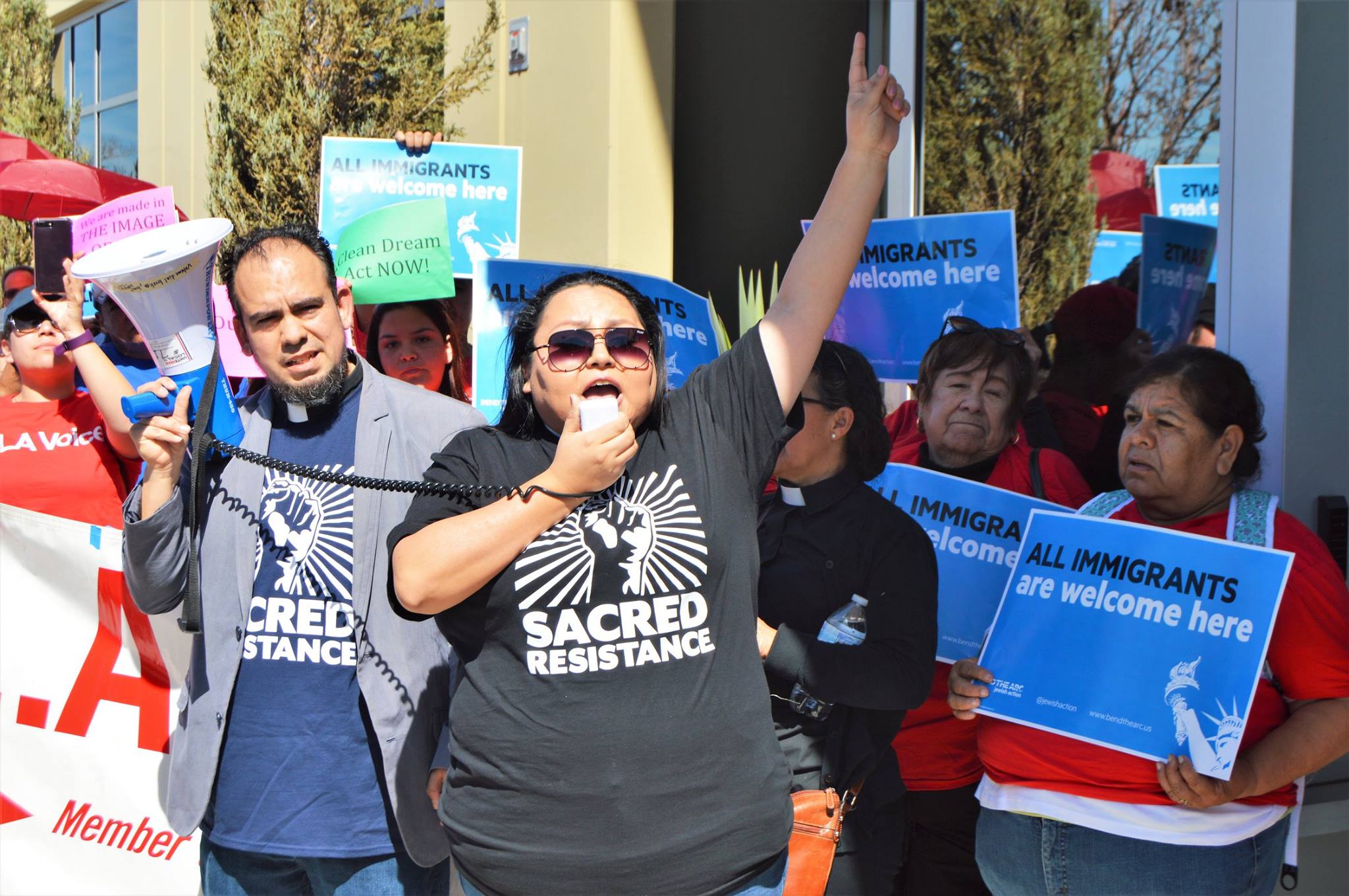 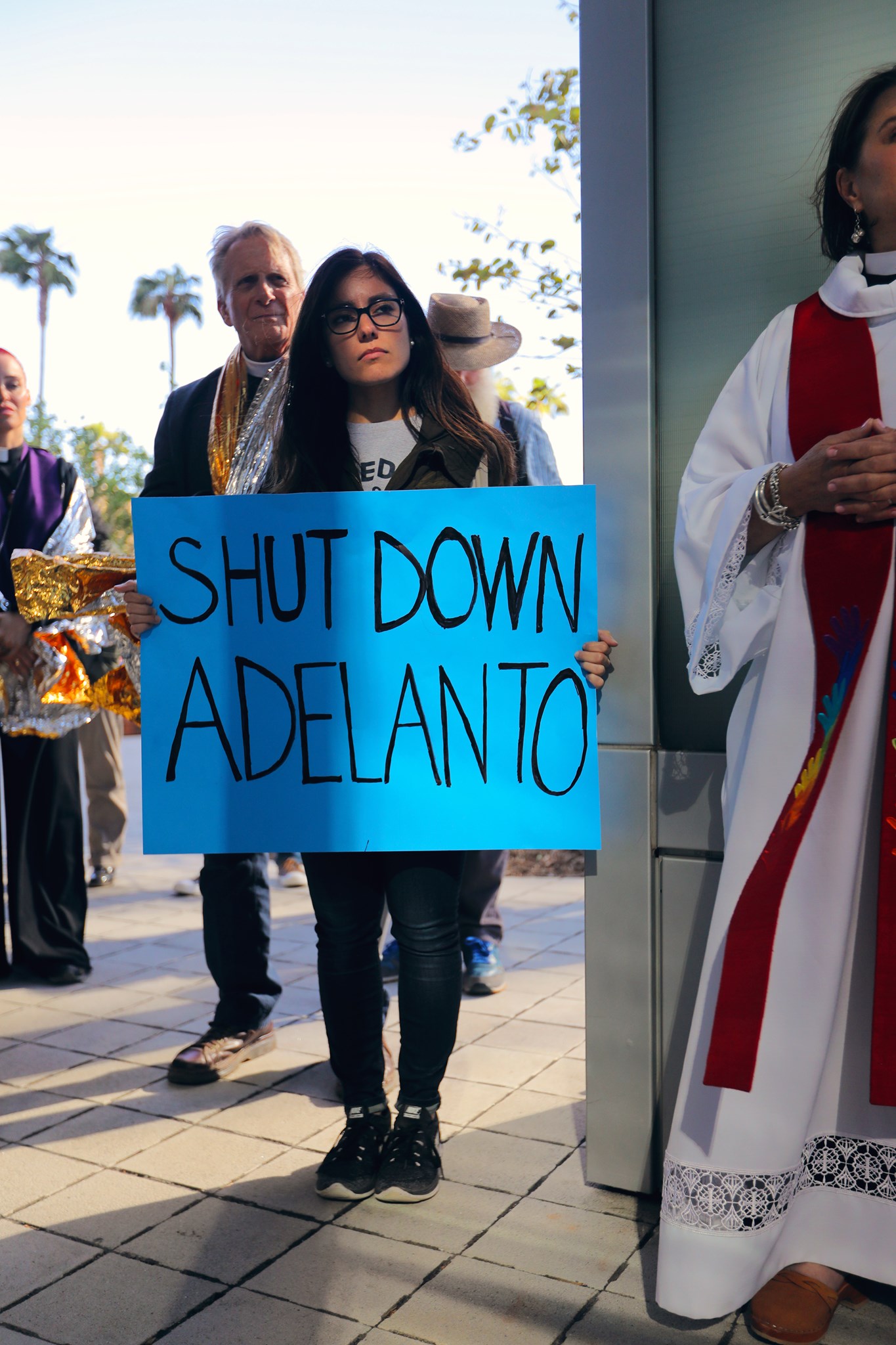 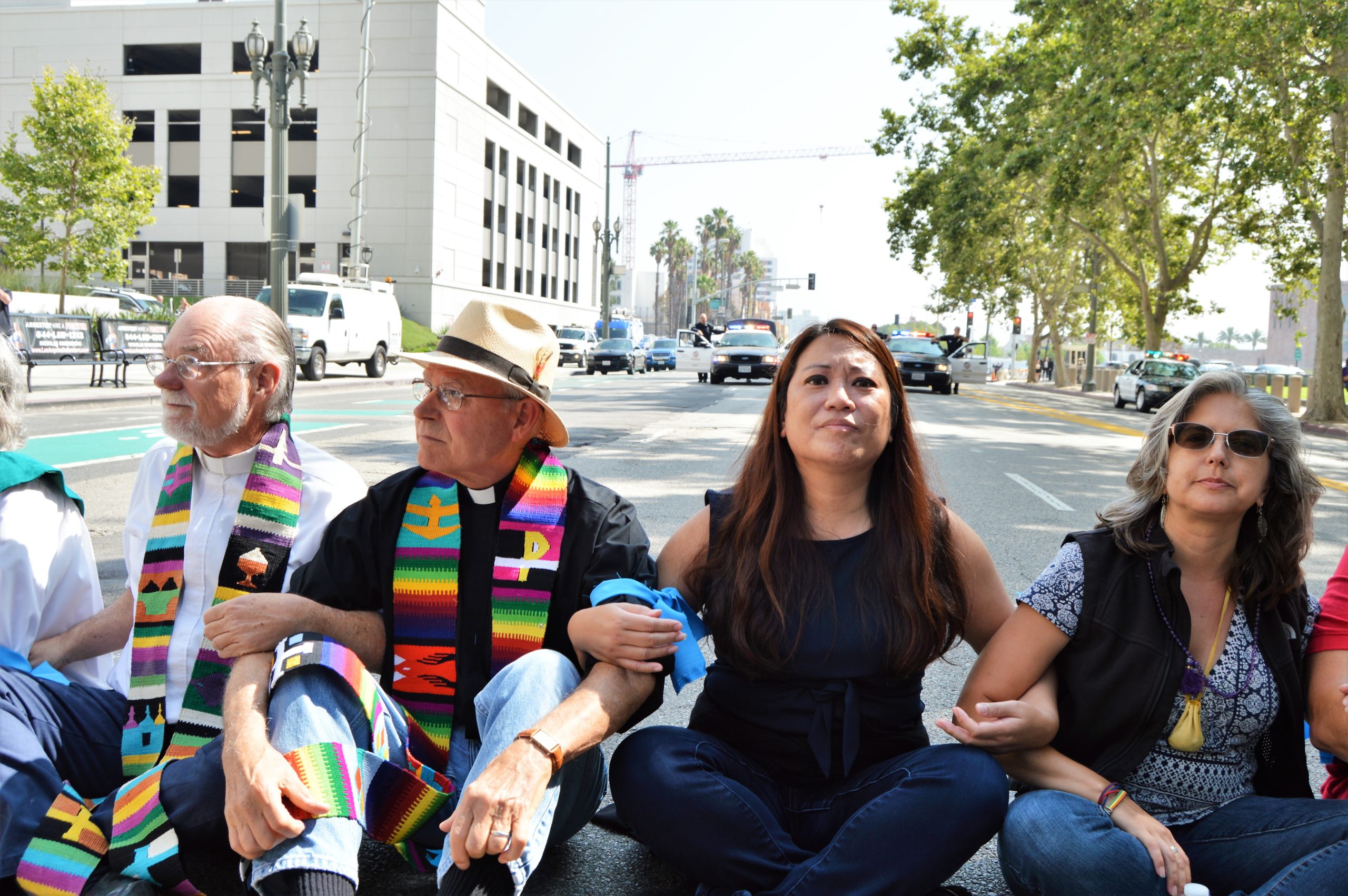 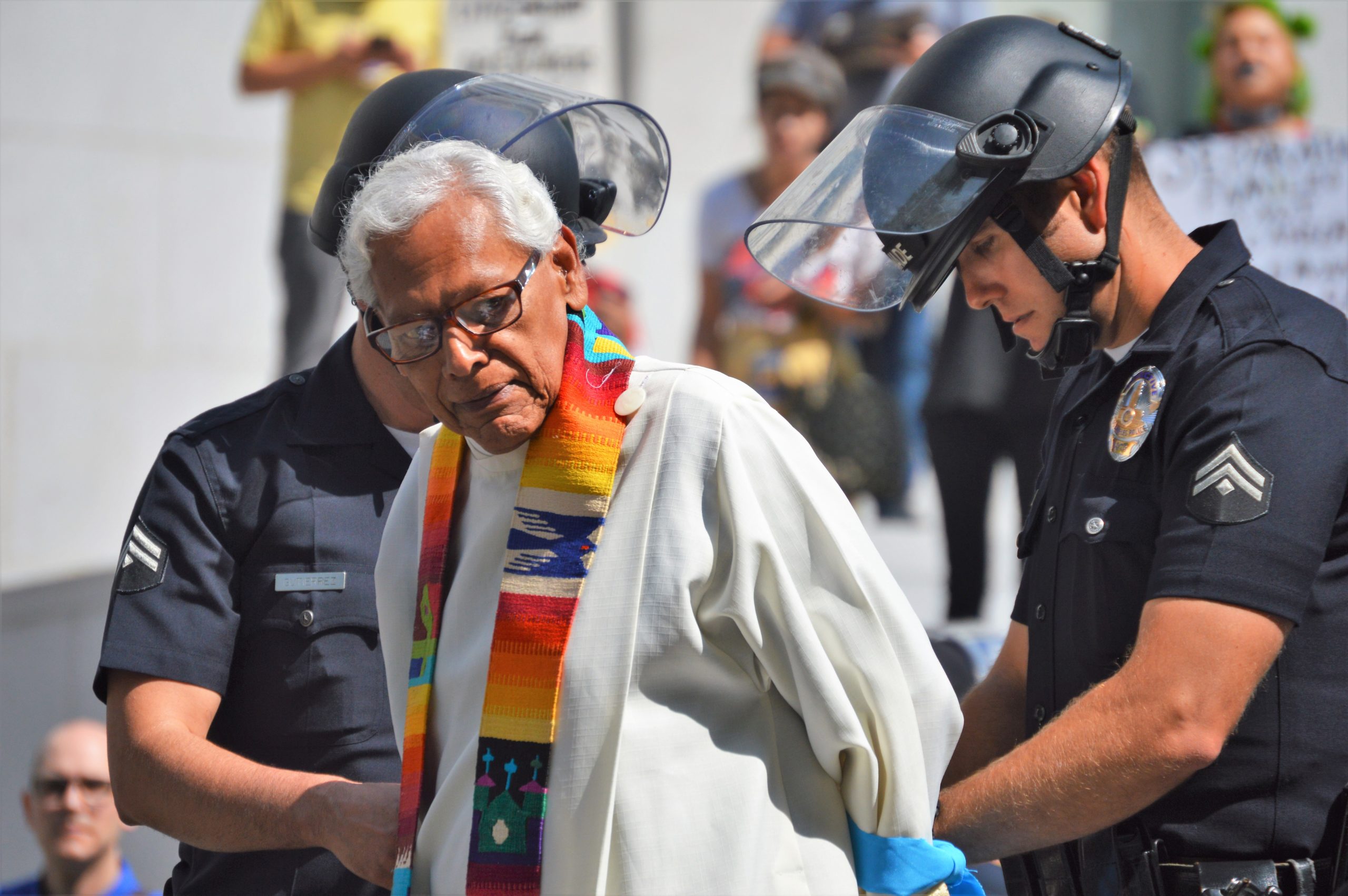 Sacred Resistance is a growing movement of the faithful heeding the call to resist. Sacred Resistance honors a commitment to sanctuary and to peaceful action towards ensuring recognition of the dignity of all people.

As people of faith and people of conscience, Sacred Resistance rejects the the present presidential administration’s policy proposals which harass and deport millions of undocumented immigrants and discriminate against AMEMSA (Arab/Middle Eastern/Muslim/South Asian) communities. We embody faithful resistance in the public square and open our congregations and communities to provide sanctuary for anyone targeted by state‐sanctioned scapegoating, working as a matter of faith to ensure the dignity and human rights of all people.

Sacred Resistance calls upon the ancient traditions of our faiths, which recognized houses of worship as a refuge for the runaway slave, the conscientious objector, and the Central American refugee fleeing the civil wars of the 1980s, Sanctuary is once again growing among communities of faith and we stand in solidarity with Central American immigrants, AMEMSA and other communities facing immoral and unjust deportation and discrimination policies.

We find ourselves entering a new phase of U.S. history wherein the politics of fear has stoked an atmosphere of racism and xenophobia across the country. Sacred Resistance represents a measured and faithful response to such hatred.